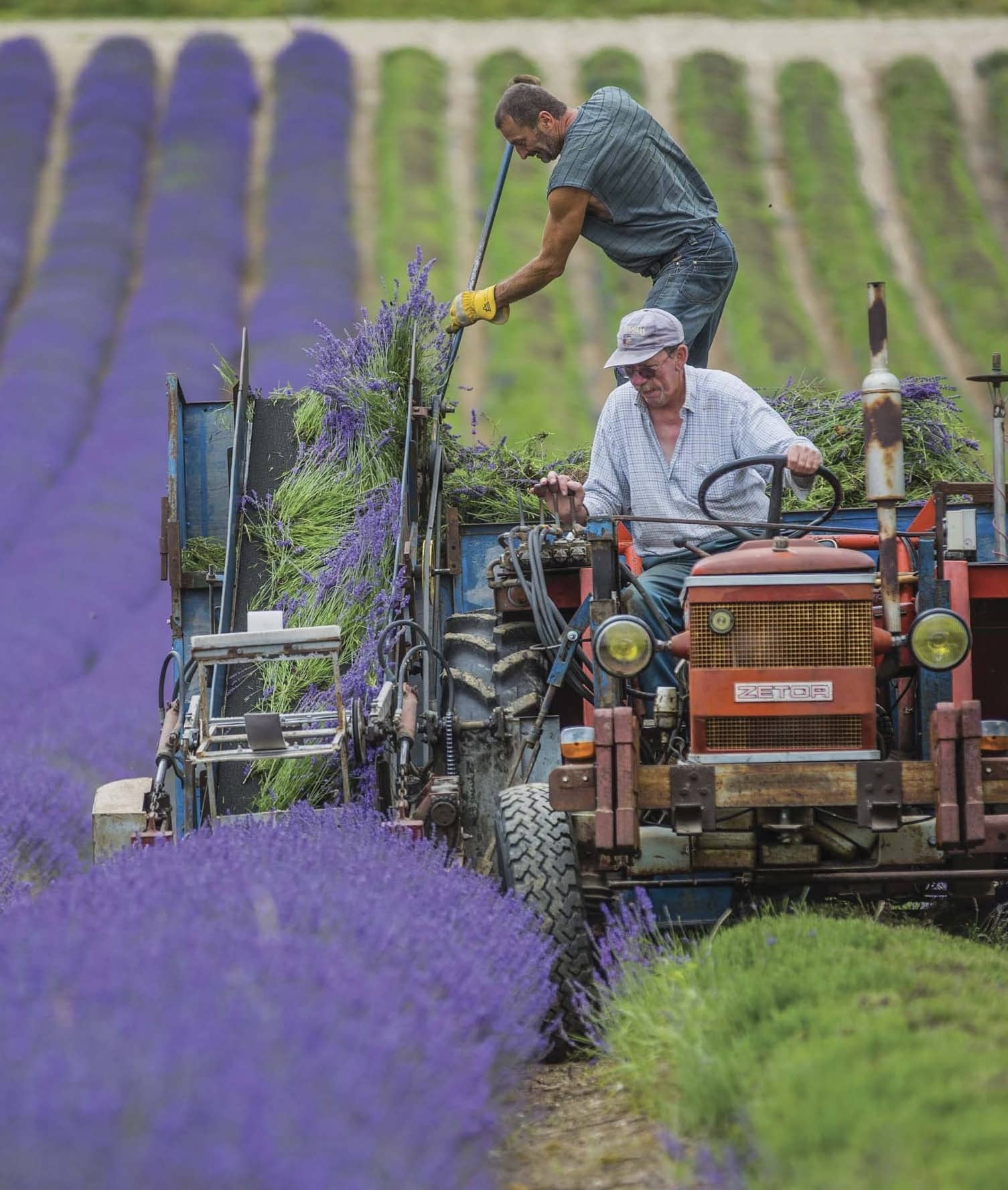 Although sadly it won’t be staging its usual open week this year, Lordington Lavender near Chichester is welcoming a host of other visitors attracted by the flowers – from hares who shelter among the stems to red-listed bird species

Jenny Mark-Bell
There is a field near Chichester where, for a couple of weeks a year, it is possible to imagine oneself in Provence. Under a sky of blazing blue lie serried ranks of lavender plants flanked by a profusion of brightly coloured wildflowers – cornflowers, corn marigolds and camomile among them. This is Lordington Lavender, where former dairy farmer Andrew Elms grows the blooms for high-quality essential oil. Describing the scene at this time of year, he says: “You’re just hit by this solid wall of purple, the drone and hum of tens of thousands of bumble and honey bees. And then the heady smell of lavender and scores of butterflies: fritillaries, common blues, peacocks, tortoiseshells and painted ladies, meadow browns and hummingbird hawkmoth...”

It’s all quite idyllic, and it would be easy to come over all poetic if there wasn’t weeding to be done – 19km of it, to be exact, and all of it by hand. This year, thanks to the pandemic, Andrew has lost his usual seasonal assistance so wife Rosie is helping him to pot on 5,000 lavender plugs, with another 10,000 to come later. These will be the first new lavender plants since the first ones went in 20 years ago, and by next year, the lavender field should have doubled in size from five to ten acres.

In 2000, after several dispiriting years of seeing his milk sell for less than the cost of producing it, Andrew decided to give up and try something new. “One of the things I’ve always enjoyed about farming is the flora and fauna of the farm,” he says. Then, as now, he was also growing arable crops, including conservation-grade oats for Jordans. “Under the scheme, you have to put ten per cent of all your farmland into actively growing crops for the flora and fauna of the farm – crops like pollen and nectar mix.” While he was considering habitats for bees, Andrew hit upon lavender – and specifically Lavandula Angustifolia ‘Maillette’, which is grown extensively in Provence for the perfume and aromatherapy markets. He went to the south of France for research but, he says laughing, “I can’t say the French were particularly helpful.”