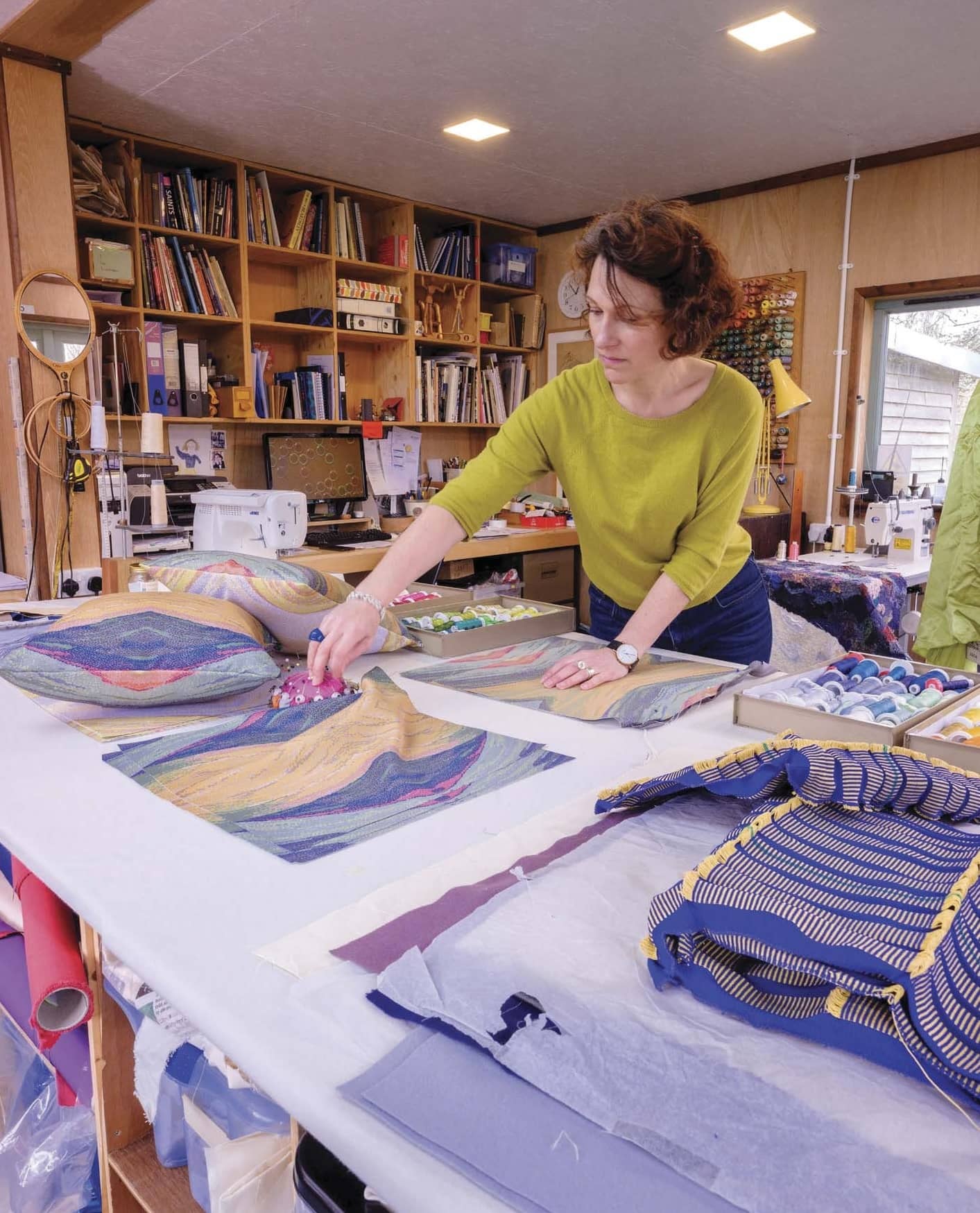 For textile artist Polly Meynell and her theatre director husband, moving into their Barnham home was the culmination of a life’s dream

It takes a vision to look at an acre of overgrown West Sussex farmland and see the home of one’s dreams. But Polly Meynell knew as soon as she set foot on what was then a derelict smallholding near the village of Barnham that it was the perfect location to build the house she and husband Joe Harmston had been planning since they first met. Although the plot itself was a jumble of orchards and old greenhouses obscured by towering brambles, Barnham offered a good primary school for the couple’s children, Beatrice, then two years old, and Elyot, four, as well as transport links to London, where they both worked. Most importantly, they could afford it. They were ecstatic when, in 2006, their offer was accepted. Yet it would be a decade before they were finally able to move into their new home. 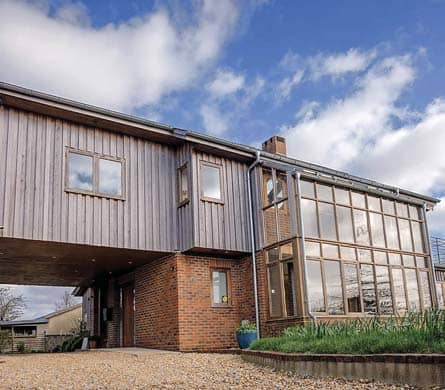 “We thought that we would just build this thing and live happily ever after,” says Polly with a wry smile. “But it didn’t quite happen like that.” While their proposal for a carbon-neutral, timber-clad home with thermal solar panels, rainwater storage tanks, and underfloor heating quickly won planning permission, buying the land had left the couple with very little money to spend on the build. They decided to undertake the project themselves, under the expert guidance of Polly’s father, architect Richard Meynell. Work progressed slowly, fitted in around their fluctuating finances and busy careers. Polly, a textile artist, met Joe as a student when she was working in a wardrobe at Chichester Festival Theatre, where Joe was then associate director. They tackled almost every job themselves including the timber cladding, which Joe completed over two years, and the laying of sustainable Marmoleum flooring, made from linseed oil and wheat. When they did need to employ a tradesperson, they partnered them in a bid to learn new skills. Meanwhile, the family lived in the tiny 1920s cottage that had come with the plot, sharing baths due to the meagre hot water output. “It was a very long process and we questioned our sanity all the time,” says Polly. “But we never lost faith in the project.”