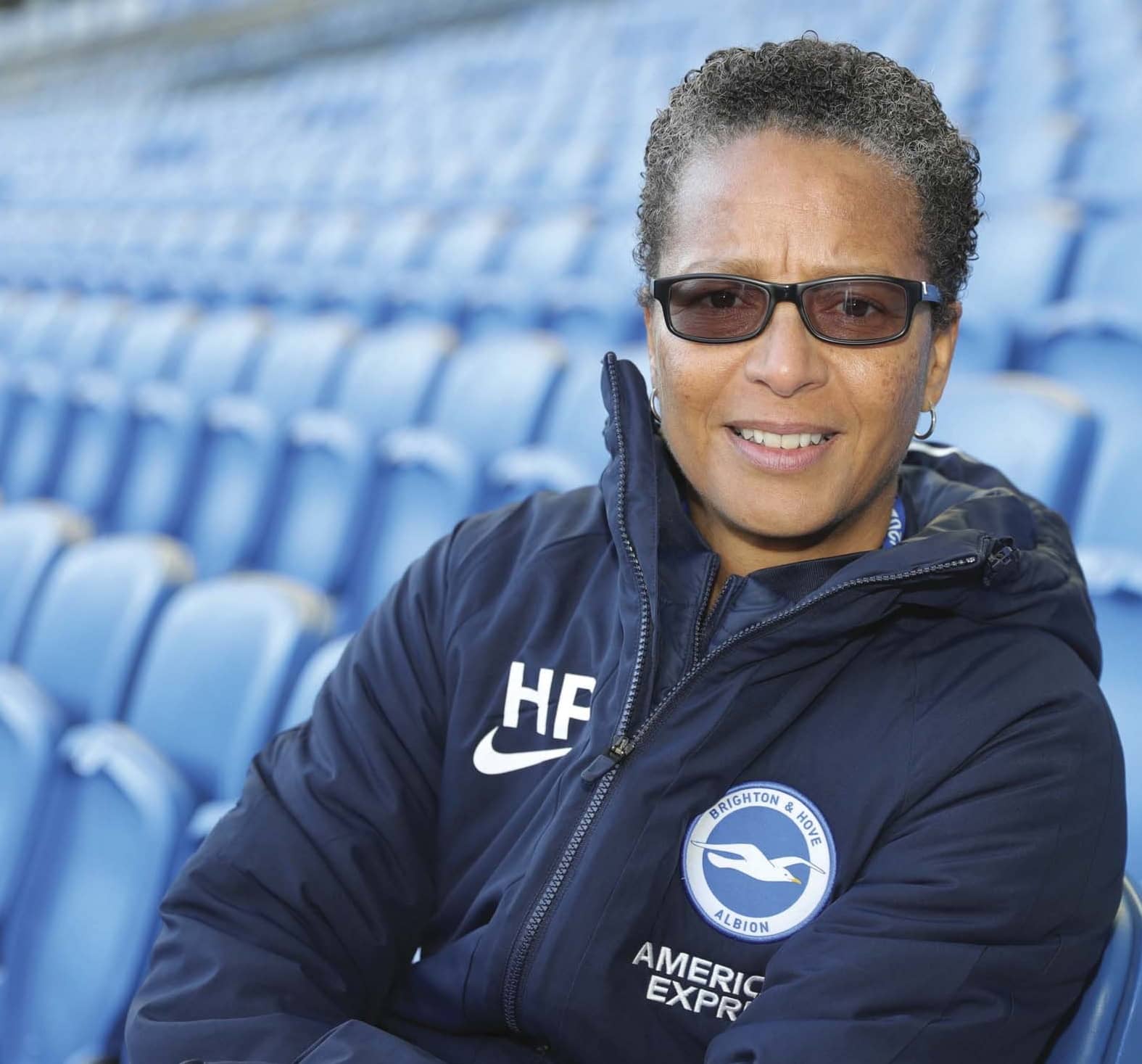 How a south London schoolgirl who wouldn’t take no for an answer broke the barriers to become an icon of woman’s football. Amanda Riley-Jones talks to Hope Powell, first team manager of Brighton & Hove Albion Women’s Football Club

Amanda Riley-Jones
“All I ever wanted was to play the game and fight for the cause of women’s football. When I started training at 11, there weren’t any female professionals. There was no money in the women’s game. Mum had to pay my subs and buy my kit. We used to train on concrete. So when the groundsman says to me now: ‘I hope the grass is good’, I think ‘It’s grass!’,” says Hope Powell, melting into a smile.

Hope was born in Lewisham, south London in 1966 (the year England won the World Cup). She grew up on a council estate with her mother, brother, stepfather, two stepbrothers and a stepsister and was the youngest in the house.

She had to fight her corner from the start. Now 53, she recalls: “I started playing football when I was about six. At first, my stepbrothers didn’t want to let me join in.” By seven, she was the only girl hanging out with a crowd of football-mad boys. When the “top dogs” chose their teams, she was always overlooked. “Then one day they picked me and I was better than all the boys,” she says.

She showed her mettle at home too. By the age of eight or nine, she used to step in to protect her mother from her violent stepfather. Hope (who describes herself as “no nonsense, tough, say it as it is”) says “Some of the experiences I had as a child, they have had an effect”.

At school, Hope and another girl were the only females in a team of boys. But, thanks to an FA ban on girls over 11 playing in mixed teams, she had to find somewhere else to play. She discovered Millwall Lionesses, a local women’s club, where she was coached by Alan May who became one of the biggest influences in her life and even a father figure.

She faced resistance at home too. “The West Indian culture didn’t consider football a female sport,” Hope explains. “When I had a match or training, I used to sneak out of the house. I was like the Bend It Like Beckham girl.