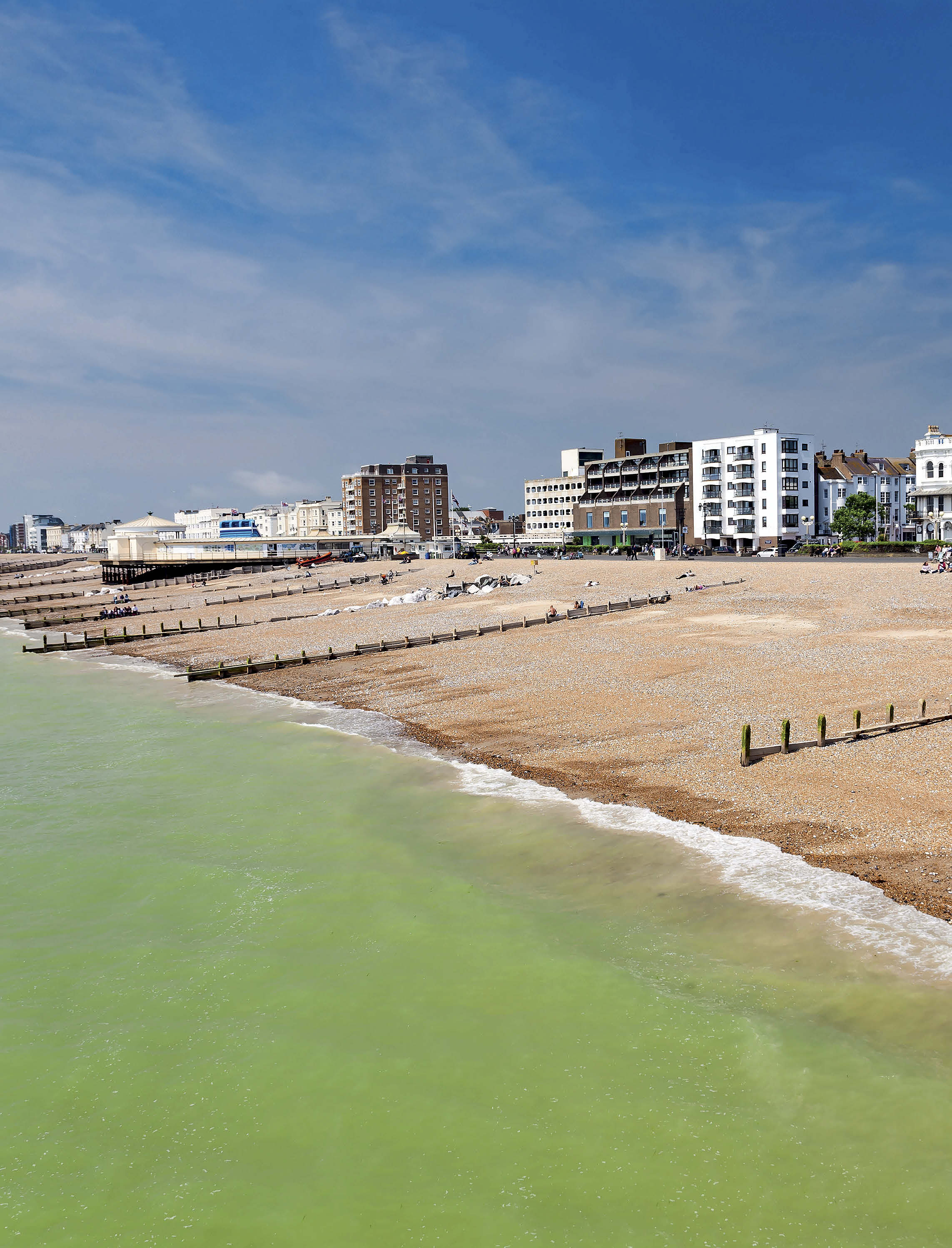 Jane Austen was just one famous visitor to Worthing, as Clive Agran discovers

Although it is doubtless a perfectly decent restaurant, you might be surprised to learn that customers come from all over the world to visit the Pizza Express in Worthing.

And it’s not because their Vegan Margherita or Fiorentina is any better than you’ll find in any other Pizza Express. So what is it about this restaurant in Warwick Street right in the heart of town that’s so special? Well, a 29-year old and then unpublished Jane Austen no less stayed in what was then Stanford Cottage for several months from September 1805. Had takeaway pizzas been available then Ms. Austen might have hung on even longer but as things stood she enjoyed bathing in the nearby sea and visiting the library just around the corner. Her final, and sadly unfinished, novel Sanditon is set in a Sussex seaside resort and undoubtedly draws on her time in Worthing.

Far from regretting that such a historic landmark is now serving pizza, my two escorts – Sue Belton and David Clark from the Worthing Society – are delighted that a modern use has been found that secures the building’s future. “You can’t mothball the town,” Sue declares as we set out on the Town Centre Heritage Trail during which, she assures me, we will encounter several other impressive examples of the imaginative adaptation of old buildings to modern circumstances.

But before we reach them, David reels off a list of some of Worthing’s principal attractions, which include: a seven-mile beach; a five-mile promenade; “probably” the best pier in the UK; 213 listed buildings; a regular spot in the top-20 of the sunshine league; a flat terrain rendering it eminently walkable; the Downs as a backdrop and, rather bizarrely, a sea temperature in July and August that is higher than that around Cape Town! All of which, he claims, goes some way to explaining why it attracts 300,000 visitors a year who stay for at least a night and ten times that number of day-trippers.