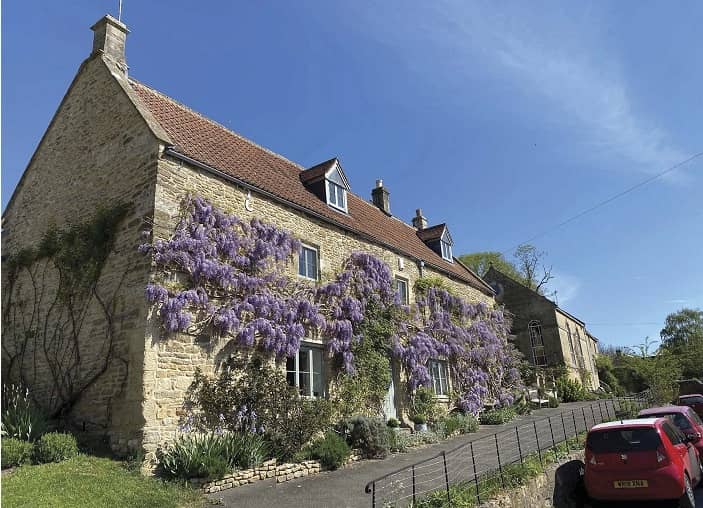 It was more than 20 years ago, when their village store was about to close, that the people of Wellow joined together to create a volunteerrun community shop.

The Parlour Shop is still going; it’s one of the oldestrunning community shops in the country.

If something needs doing, then the residents of Wellow will set about getting it sorted.

Richard Holland, who moved to the village 38 years ago, recalls: “Our heads said the shop wasn’t viable, but hearts said it needed to be. Then one resident, Marian Osborne, said she’d put money into it …and a few of us followed.”

Marian, now in her 80s, still works as a volunteer in the shop.

Another example of this can-do attitude is the bus service, also set up and run by the village. A minibus takes commuters, school children and shoppers into Bath. There is a paid driver, with volunteers to step in if needed.

Much of what happens is clearly about common sense and working together. Take fundraising for example. A Community Chest fund means that instead of every village group trying to raise its own funds among its own users and supporters, money from events goes into a single pot and is then shared around all the organisations.

Then there’s the oil scheme. Concerned about the environmental impact of tankers coming through the village, Richard sends a monthly email, seeing who needs oil, then he shops around for the best deal not just in Wellow but also surrounding villages.