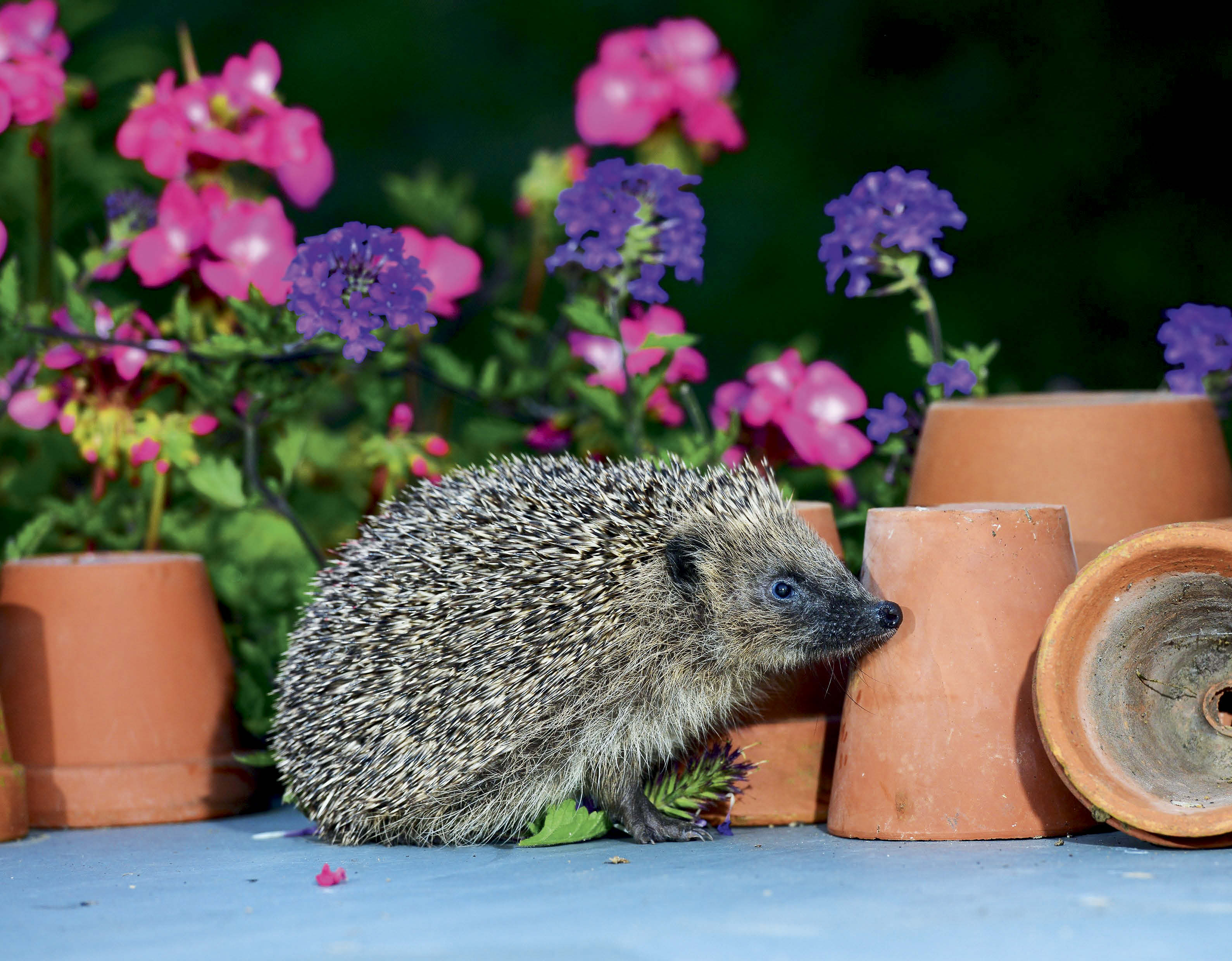 In spite of the hedgehog being voted Britain’s favourite wild mammal, this much loved, bug-munching animal is struggling to survive in Somerset and in Britain as a whole.

The hedgehog is the only spiny mammal native to Britain and Western Europe. It is strictly nocturnal, becoming active at dusk, and may wander up to two kilometres a night in search of food or a mate. Hedgehogs have poor eyesight, good hearing and sensitive noses, and are constantly sniffing and snuffling as they find their way about. These prickly, curious mammals feed mainly on invertebrates, especially earthworms, leatherjackets, ground beetles, caterpillars and some (but not all) slugs.

The hedgehog’s body is covered with 6,000 to 7,000 stiff, sharply pointed spines, which have evolved for protection. When a hedgehog senses danger, it will roll up into a tight ball with its sharp spines pointing in different directions.

Although mating can occur at any time throughout the summer the peak time for ‘the rut’ is during the months of May and June. Hedgehogs usually produce one litter of hoglets per year, with an average litter size of four to five young. Hoglets are weaned after three and a half weeks and become independent at around seven weeks of age. It is possible for an adult female to produce a second litter, in late summer, but the prospects for these babies are grim. It is very unlikely that an autumn juvenile, becoming independent in October, will be able to lay down sufficient fat reserves to survive hibernation.