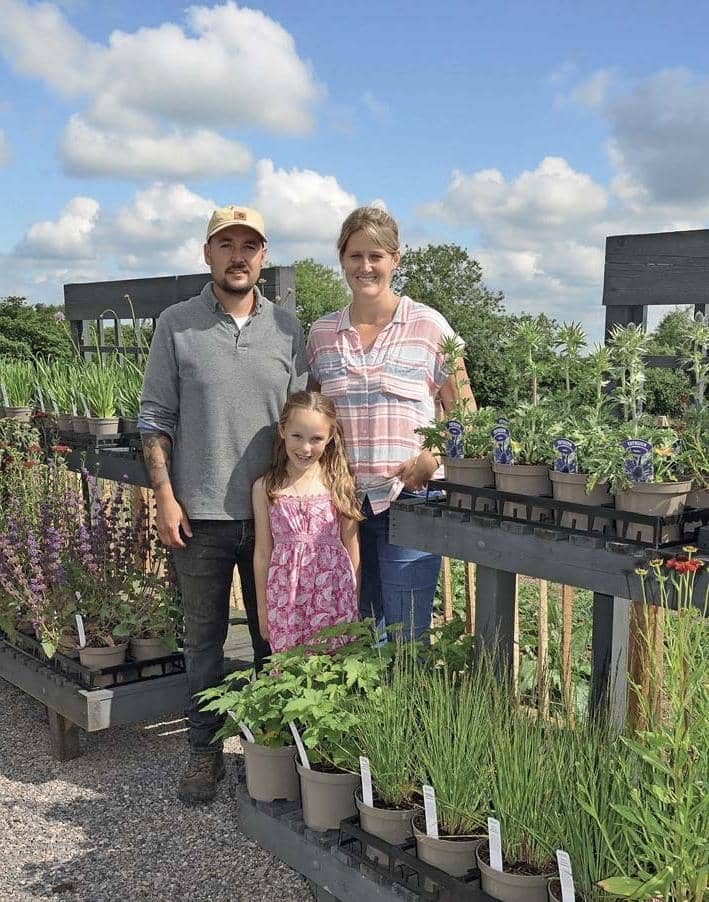 Will and Lauren Holley purchased a four-acre field in Somerset, converted it into a nursery, opened during lockdown and now their perennial plants are flying off the shelves. JULIE HARDING meets the go-getting couple

With a surname like Holley how could you work in any industry other than horticulture? If you didn’t, it wouldn’t seem right. Holley. The spelling may be ever so slightly different to the tree with the festive connotations whose branches are brought indoors to decorate myriad mantelpieces at Christmas time, but the mere word, however it is rendered, conjures up greenness and growth.

Today is a Tuesday in midsummer and Will Holley and his wife, Lauren, are sauntering around their Somerset nursery, Blooming Wild, pointing out their plants. There may be no sharp, shiny leafed, red-berried Ilex aquifolium here, but there are some eye-catching perennial specimens, including pink-flowered Echinacea pallida, the unusual blue/purple Cynoglossum nervosum, and the delicate clotted cream colour of Aruncus ‘Horatio’s blooms. In fact, there are a total of 9,000 plants on this shipshape site in Horsington on the edge of Somerset’s Blackmore Vale, but the Holleys want more. Many more. They have an insatiable thirst for plants that fit the bill of ‘naturalistic planting’ (see box), a look that evokes the feeling of a more wild landscape than many British gardens have boasted to date.

“The aim is to have 15,00020,000 plants to fill all our beds here,” says the ever-enthusiastic Lauren. There is ample space, it’s true. The long, rectangular nursery beds, edged neatly with wood, are empty at the far end, craving myriad new pots and their eye-catching contents.

As Blooming Wild is a relatively new venture, most of the pretty, easy-care perennials here today were originally bought in as young/bare-root plants mainly from within Britain, but occasionally from Holland. These are then grown on and nurtured with typical Holley affection and attention to details. But the couple has a very different plan long term.

“We want to do self-propagation, eliminating the need to buy in, with the exception of new varieties,” says Will, as he leads the way to the smaller retail area where customers can browse, admire, peruse up close and then purchase, paying at the luxury bespoke wooden hut that was constructed by a clearly talented local carpenter. “Propagating is the most enjoyable part of the whole process — seeing the seed come up for the first time and growing it on to become a plant that we can sell. That’s the best way to get to know a plant, too, and how it’s going to behave.”

“A garden in the meadow will be our end goal so that people can see realistic planting, as well as the plants they’re interested in buying fully grown,” adds in Lauren. “It will probably cover about an acre and a half, and will be like a perennial meadow.” Their entire site plan sounds Arcadian, and about as far a cry as you can get from how it looked in 2016 when the Holleys purchased the field containing cows, pasture, a water trough and nothing else. 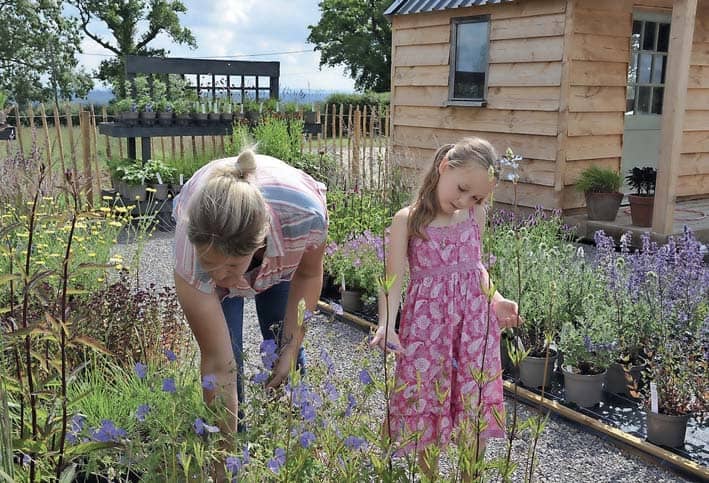 Initially their search involved seeking land with a house, but that proved to be impossible and fruitless, and so they turned their attentions to land-only adverts in estate agents’ windows (and online). However, until they found the Blooming Wild site, nothing passed muster. During earlier viewings they would either squelch through thick, wellie-sucking mud, negotiate sloping terrain that wouldn’t have appeared out of place on a mountainside or scratch their heads and wonder how on earth they could grow plants in a place with no running water.

And so, when the four acres came up for sale (by sealed bids) just a stone’s throw from the town of Wincanton, they talked to the Gloucestershire-based owner on the phone, divulging what their plans were for his precious land parcel, mulled over what a sensible offer might be and, when submitting their letter, crossed all their fingers and toes.