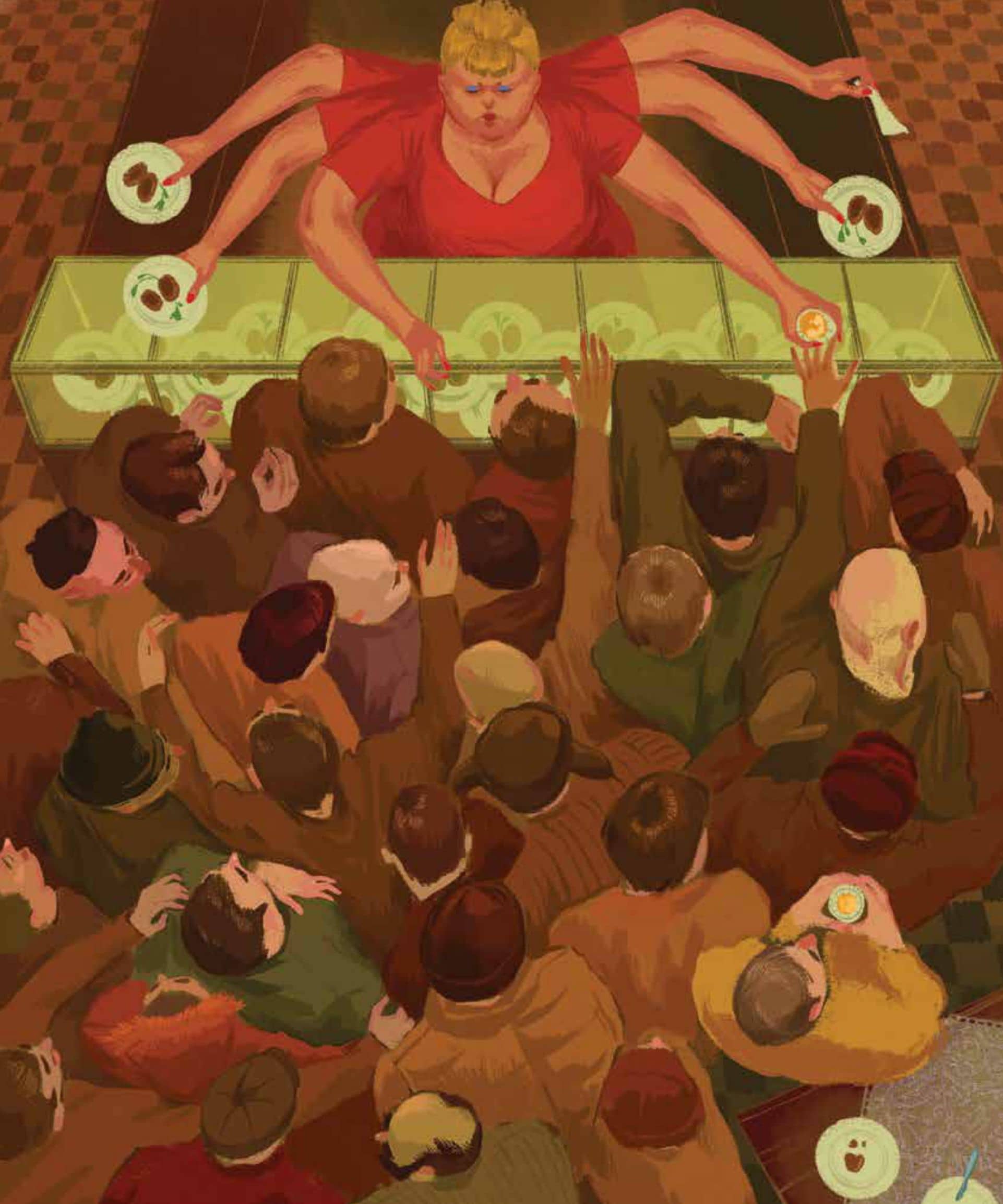 Jolting along mud-choked roads, sending up spurts of brownish ooze, the district bus is clambering up and down the humpbacked hillocks.

Bursting at the seams, it wallows on, rolling from side to side, past tiny villages strung like beads along the roadway. At every bead, which is marked by a rusty shack made lopsided by time, a woman hikes up her skirts to scramble out, invariably stepping straight into a deep puddle and swearing up a storm at Kolka, the driver. The passengers still on the bus spread out more comfortably, wipe the fogged-up windows with their quilted-jacket elbows, and take out calico carriers that now, in place of the jars of milk that had been sold at the market, hold chunks of liver sausage that smell dispiritingly, and to high heaven, of garlic.

Spreading cloths across their plump knees, they break off the crusty ends of not-quite-black bread, peel boiled eggs, and produce from inside their coats the dark wine bottles they call fire extinguishers. They drink straight from the bottle, wiping the pinkish trickle from their chins with their sleeves. The old fellows, sitting in the back, are using their own sleeves to blow smoke into, clumsily waving the gray clouds away. They’re dressed for winter already, in thick, home-knitted turtleneck sweaters, greasy quilted jackets, and gray three flap hats from their army days. The bus pitches to one side for the umpteenth time. A piglet tied up tightly in a sack gives a grunt, and chickens jammed into a basket with a checkered cloth tied around the top cackle.

The bus bogs down. Grudgingly tossing their cigarettes away, the old lads poke at the youngsters who’ve been rocked to sleep by the jolting, and the womenfolk, young and old, get out to lighten the bus’s load. Branches are cut from roadside trees and chocked under the wheels to turn the waterlogged road into an impromptu timber track. Everyone’s chilly out here, so a bottle makes the rounds again. Now the youngsters are wide awake and off they go, laughing, talking over past adventures, spinning tall tales, and singing songs, because this trip hasn’t been much fun so far.

“Let up, won’t you? You’re still wet behind the ears, Natakha, but I used to be in the Komsomol. In a Komsomol cell… Time was, someone’d play a ’cordion, and we’d sing and sing…”