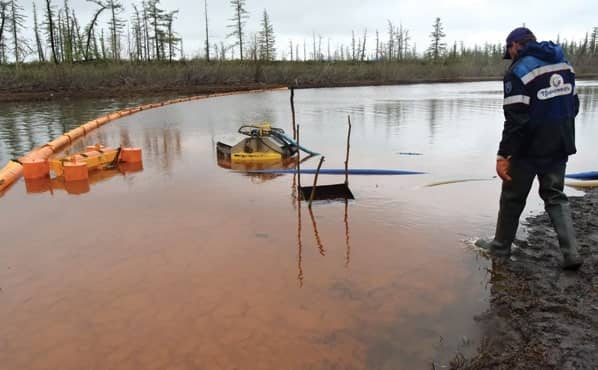 Norilsk, in northern Siberia, the global capital for nickel and palladium production, has long been known as one of the most polluted cities on Earth. For decades, the local landscape has been polluted by sulphur dioxide spewing out of industrial smokestacks. Local rivers have many times literally run red as a result of factory chemical runoff or accidents. So, in a way, when in May locals reported yet another spill, it was business as usual.

And yet, when environmentalists sounded the alarm this time about a spill of diesel fuel from a power station reserve tank near Nadezhda Metallurgical Plant, the government response was uncharacteristically serious. President Vladimir Putin chided officials on live television for waiting two days to respond to the accident.

“So what do we do? You’re the governor!” he said to Alexander Uss, governor of Krasnoyarsk Krai, sounding genuinely confused as to how a disaster of this scope could go unnoticed.