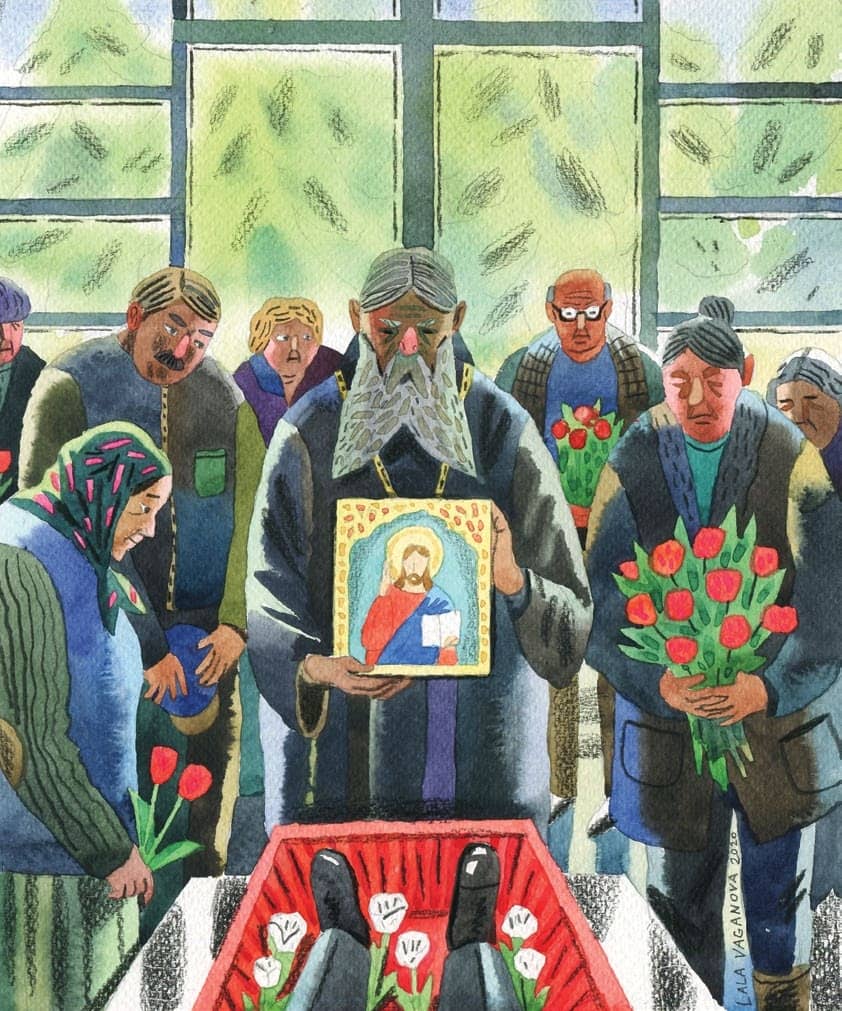 At dawn one day in late November, I was awakened by a call. It was my niece, sobbing: “Uncle Vic… Papa died.”

My elder brother Vladimir had died in the subway on the way to work. A Moscow policeman found his cell phone on him and dialed the first number listed in the contacts. An hour later, an email from the Research Institute, where my brother worked his entire professional life, confirmed his death.

VISITING ONE’S HOME COUNTRY AFTER A LONG ABSENCE (I LEFT IN 1993) might seem like a thrill, but be careful what you wish for. Changes can leave you with a sickening nostalgia for lost memories, while making places and events from one’s past, once so dear, seem like nothing but hallucinations.

I found that not only had the street names changed, but once sullen, Soviet display windows now challenge shoppers with the glitter of Channel, Armani, Gucci, and the like. And the places that I cherished: the curved side alleys, the inner yards where I grew up playing with friends who are no longer there – those are the changes that hurt the most.

And while change may be a popular word in Moscow; alas, some things never change. 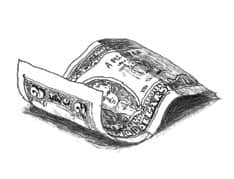 To go to Moscow, I had to get a visa. The email from my brother’s place of work produced no effect in the Russian Consulate. “Anyone could have sent this message,” said a consulate official who avoided looking me in the face, trying to hide the odor of alcohol on his morning breath: “A formal telegram is required.”

From time immemorial, only the Central Telegraph Office in Moscow had dispatched formal telegrams of this sort. And for that, a sender had to produce an official death certificate.

The next day was Saturday, and the registry office was not issuing certificates. My brother’s friends’ so-called “donation” helped to change circumstances, and the telegram was sent, yet it reached Toronto only after my return from Russia.

Lo and behold, four days later I landed in Moscow. A friend offered to meet me at the Sheremetyevo airport. It had been twelve years since we had seen each other, and it was not the changes in his looks that struck me. He had been a devout communist in the Soviet days, but now he crossed himself every time we passed a church.

THAT NOVEMBER, MOSCOW WAS BITterly cold. With the wind blowing tiny icicles at my face, my first nostalgic night-stroll ended quickly in the Okhotny Ryad, a new, upscale underground trade center built beneath Manege Square, which separates Tverskaya Street from the Kremlin. I found a coffee house on the main floor, alongside a cozy fountain and a white grand piano. A shop sign invitingly promised, “What else if not a cup of fragrant espresso or delicate cappuccino to cheer you up!”

True, my espresso came, steaming and aromatic, in a fine china cup. And so I thought, recalling how ten years before getting a cup of coffee in Moscow was not so easy, that some things had changed for the better. Later, already in bed, I watched one of the many propaganda TV talk shows filled with commercials. One in particular caught my attention. It was about “the superior service and caring staff of the Moscow funeral services.” Well… I thought falling asleep, at least my brother would be laid to rest with dignity.

The following morning was even colder and snowier than the night before. An old Camry borrowed from a friend, straining and grumbling through the drifts, finally broke through the traffic jam-ups to reach the hospital gate. The barrier at the gate was closed. The guard did not even look at me. “No cars allowed… 100 rubles,” he muttered in one breath. Tariff announced, I handed two dollars through the window and the barrier opened.

THE HOSPITAL MORGUE WAS SQUEEZED INTO A SMALL, ONE-STOREY, grey brick building with no room, not even a restroom, for the waiting relatives and friends.

Four funeral buses were waiting, engines running. Our bus was third in line. In the bus, the heater worked only in the driver’s cabin, and my Camry was the only refuge from the cold for a dozen friends who had come to say farewell.

The wait stretched to over an hour, and we all needed a restroom. Next to the morgue was a dilapidated, green planted wooden structure. I peeped through the frost covered window, spotted a human silhouette inside and knocked. A tiny vent window opened and a young woman looked back at me quizzically.

“Excuse me, is this part of the morgue?” I asked.

“Hell no. It’s a laboratory”

“Do you have a restroom?”

I squeezed two dollars in the narrow opening.

“Okay, but make it quick and your party only.”

I signaled to our small group, and one by one we surreptitiously sneaked in and out.

Soon it was our turn in the morgue. A large, red-faced man, wearing a shabby jacket over a soiled green gown, appeared on the morgue porch holding a coffin lid.

“Who’ll carry the coffin?” he demanded.

“They are looking for ‘a little extra.’” My brother’s friend whispered in my ear.

I didn’t mind paying extra, but my brother’s friends and I thought we should carry it ourselves.

He shrugged his shoulders, dropped the lid in the snowdrift alongside the porch and gestured us inside, where we found a small room with concrete walls painted green.