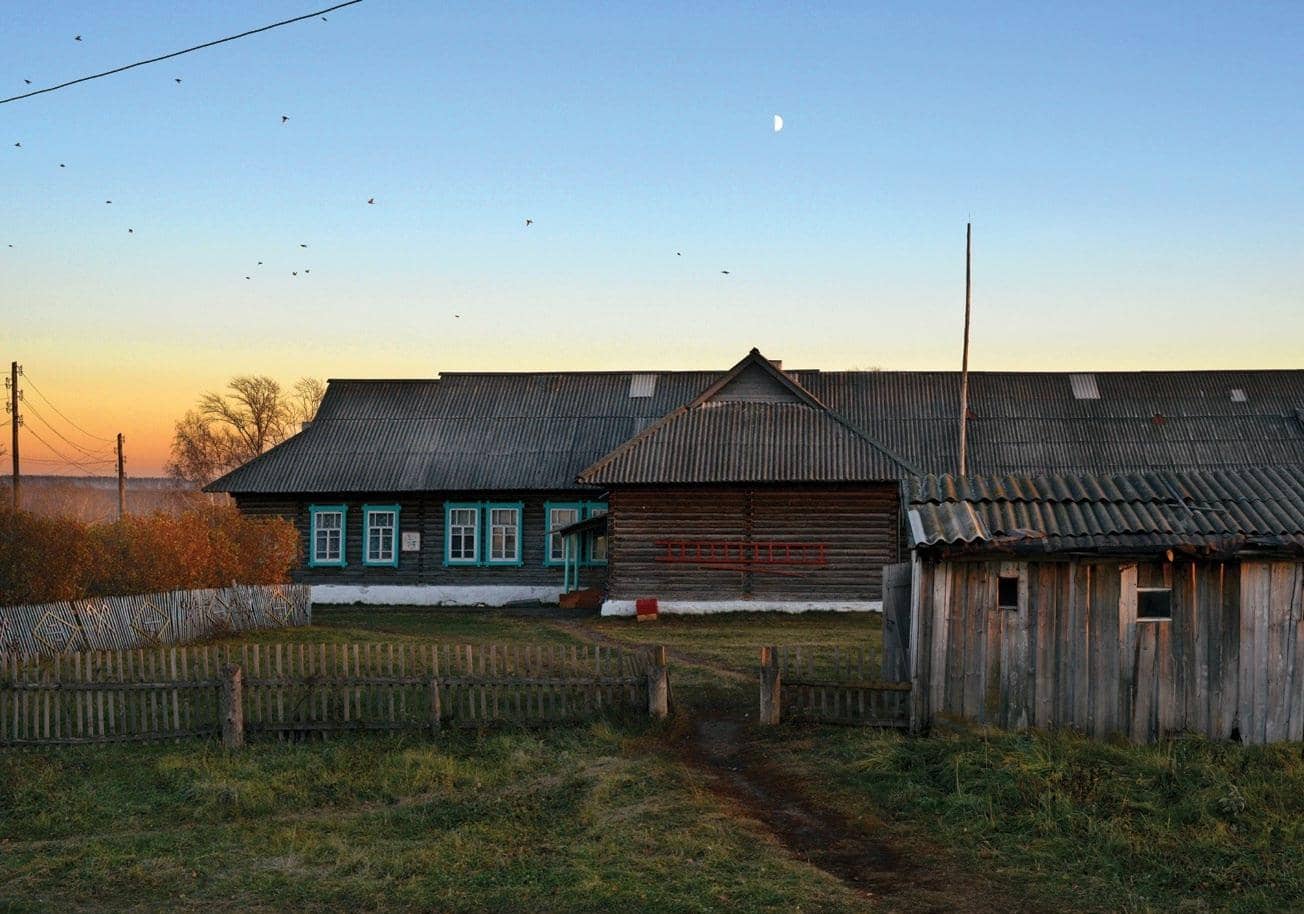 Paganism is alive and well here in the Mari El Republic.

Every year, beginning in October, all across the republic’s boundless expanses, vehicles thread their way to the sacred groves that serve as the Mari people’s temples for their annual ritual. No village is without a grove, and they all have a priest, a kart in the language of the Mari. Preservers of time-honored traditions and held in the highest regard by their fellow villagers, these priests preside over the autumn observances, reciting the ancient prayers and tending to the smoking bonfires to which believers stream to sacrifice geese, rams, or bullocks to their gods.

I’m learning what I need to know from Grigory Serafimovich Ivanov, a local kart. No animal, he tells me, can be slaughtered until the gods give the sign that they are prepared to accept the sacrifice. The kart pours water over a goose, dousing its neck and back, and if the goose stretches to its full height and spreads its wings, that means the gods are ready. The ceremonies usually last from early morning until five or six in the evening (often with an audience of mesmerized children perched on logs).

Grigory then switches the conversation to his family, his home village of Sardayal, and the school of which he is a proud alumnus. Hearing that all this is news to me, he invites me to spend the night with him, so he can take me there the next day. Sardayal sits at the very edge of the republic, he tells me, has been pagan from time immemorial, and has a school that’s over 120 years old. 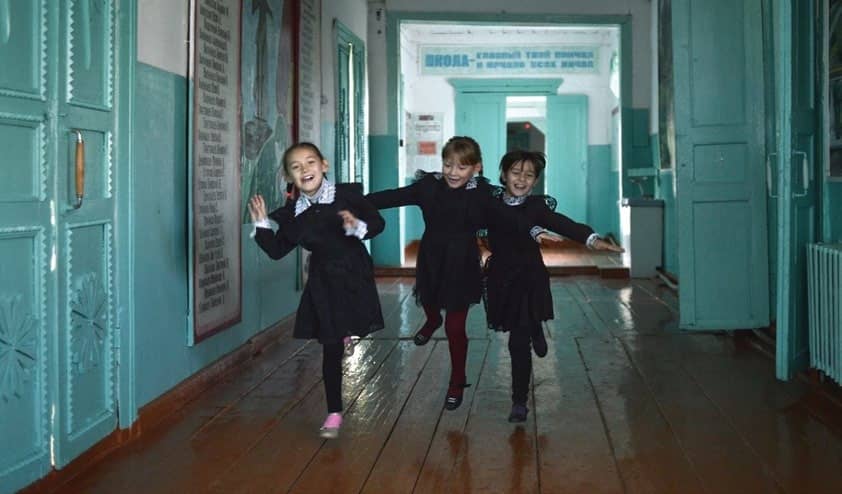 I’ll hear a lot more about it on the trip, from Platon, a thickset man of 45 or so, who’s waiting for us the next morning behind the wheel of a small green truck and eager to be on the road. Platon is a local entrepreneur who owns a chain of small grocery stores in several villages, including Sardayal, where he was born and raised. My two Sardayal-graduate traveling companions regale me on the way with tales of their school, as Platon maneuvers among the crevices and potholes in the broken asphalt pavement that is apparently par for the course in Mari El. On either side stretch endless fields sprinkled with tiny villages, sacred groves, and solitary pines. It’s a uniquely melancholy landscape.

There are Russian, Tatar, and Udmurt communities here alongside the native Mari, Platon points out. He really didn’t have to tell me, though: the names of the villages – some cozily Russian (to me, anyway), others obviously Mari – make that clear enough, as MariVozormash is hardly in the rear-view mirror before we’re passing through Alexeyevskoye. 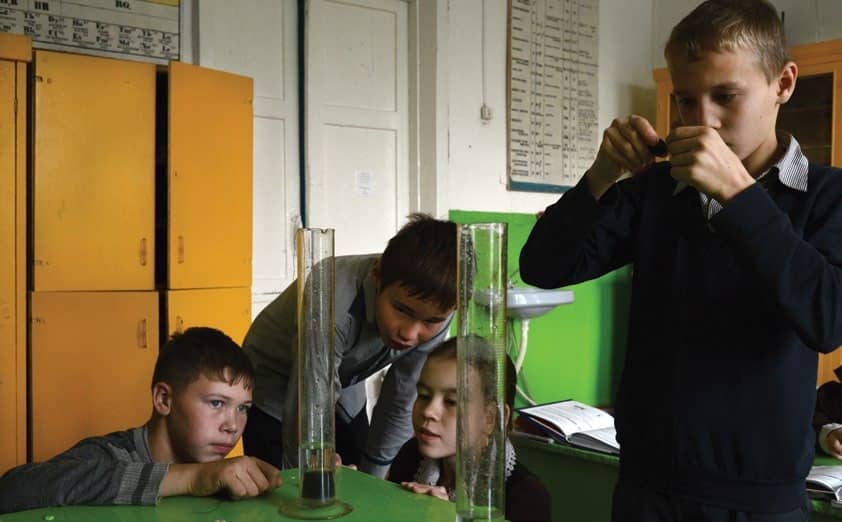 AND SO, THE SCHOOL. IT WAS FOUNDED IN 1884, WHICH MAKES it one of the republic’s oldest educational institutions. In Platon’s telling, it had only two grades and one teacher until 1892. In 1909 it expanded to four grades and stayed that way for 20 years, when the next grade was added. At that time, students who wanted to continue their education beyond the fifth grade would have to transfer to a neighboring village, but most didn’t. The sixth grade came in 1935, and the seventh a year later. At that point, graduates with a good record could at least go on to technical college. In 1940, enrollment hit 150, and there were eight teachers. It serves the communities of Sardayal and Sarda (two kilometers away), but there are no school buses or any other kind of transportation linking the two villages, so the students have to find their own way. And how does Platon know all this, and about the school’s day-to-day problems (about which much more later) too? Because the principal is his wife.

But I’ve forgotten to mention another member of our excursion – an elderly man wearing a light jacket over two multicolored sweaters. His shining eyes are an astonishingly bright blue, and his rich voice reminded me of the narrator on records of fairy tales I listened to as a child. This is Stepan Stepanovich, also from Sardayal, which had been the center of his entire life, from his first post-graduation job as a tractor driver all the way up to his last position of senior engineer. He’d even been involved in building the village club, which was a grassroots village project that “the authorities” knew nothing about. He’d also been one of the first to graduate from the school after it moved into the building it occupies to this day. That move was a New Year’s gift to the entire community. 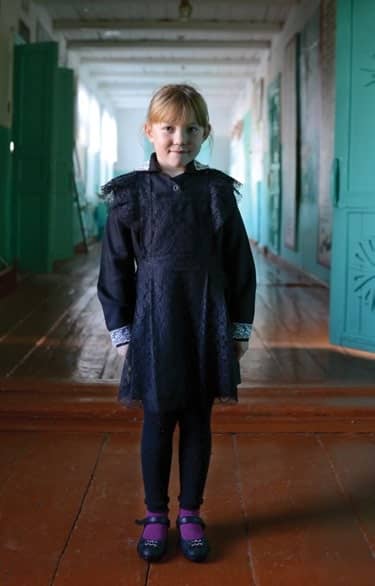 The old building had been a trial – so small that classes had to be taught in two shifts, and the only light came from kerosene lanterns. “The new school was our pride and joy,” Stepan tells me. “There was nothing like it in the entire district.” There had been talk prior to 1917 of bringing the railroad to Sardayal, but all that ever came of that was a large log building that in 1960 was handed off to the village to meet the crying need for ways to accommodate the postwar spikes in enrollment. It took a year to build out, with timber hauled in by literal horsepower. Just about everyone pitched in.

Stepan misses the old days. Back then, there was plenty for the youngsters to do – school, of course, and lots of heavy farm work, and dances at the club, and hockey using improvised sticks and a chunk of ice or frozen horse manure for a puck, and skating, and, last but not least, a fair share of mischief to be made. In the evenings, they would bring in wood so that the stoves that stood in every classroom would be nice and toasty for the morning classes. Those wood stoves weren’t taken out until 1990, when the switch to coal was made, a switch that seems to have become permanent. Electricity is expensive, Stepan says, and it would cost too much to have the school piped for gas. 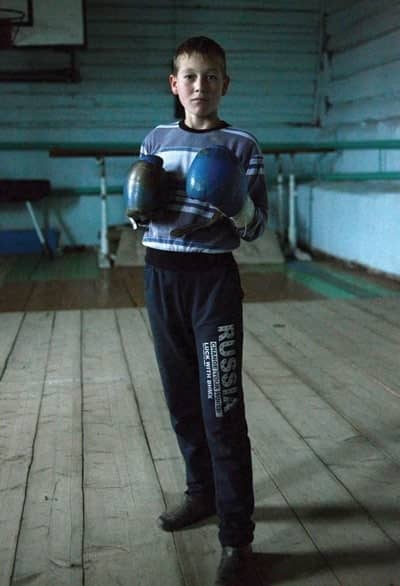 There was more than enough water, though. One time, Stepan tells me, they were digging a well for the school, and when they hit water, they found fish swimming in it. This ravine-etched area is riddled with seeps and springs, and the school must have been built over a subterranean lake or river.