A Cold Soup to Beet Summer 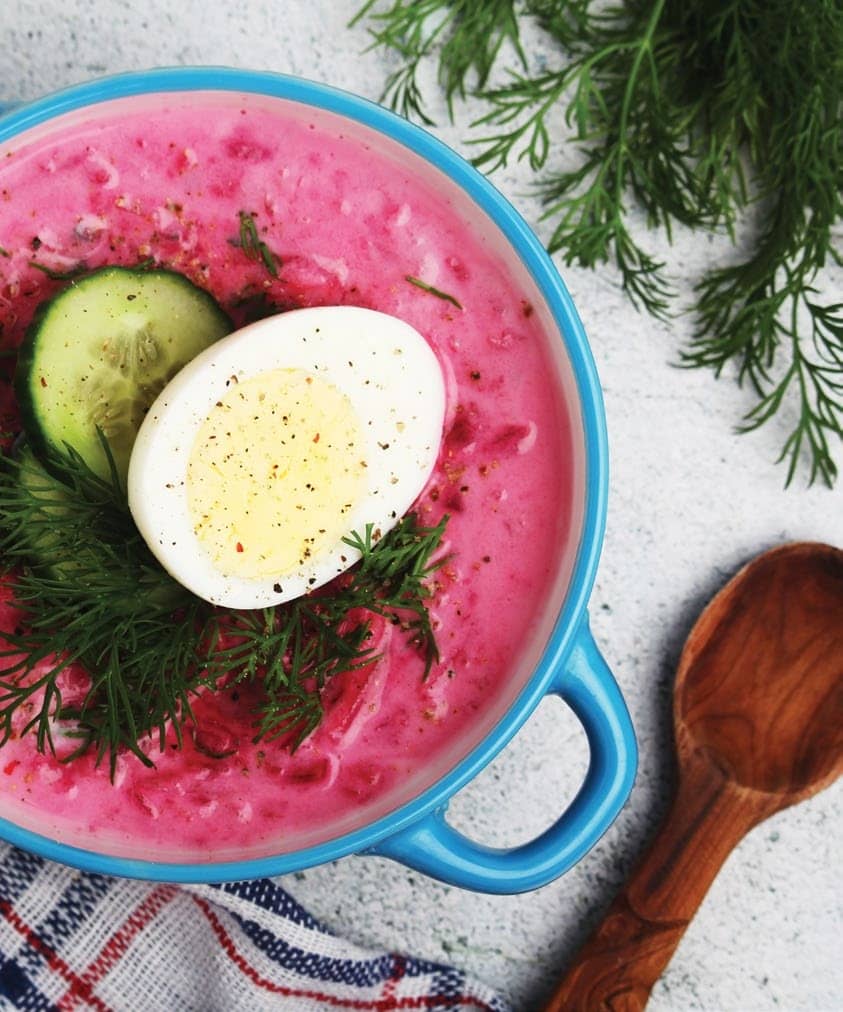 I was a picky eater in my childhood, and cooked vegetables were especially taboo for me, precluding any enjoyment of my mother’s scrumptious borshch, vegetable ragout, and the like. It must have been a small miracle for her, then, that I did eat her cold svekolnik (свекольник) soup. Perhaps I was seduced by its brilliant red color, or by the floating halves of a hard-boiled egg, or the fact that it was refreshingly cold on a hot summer day.

In the Russian language, svekolnik refers to two things: beet greens and the soup in question. The latter meaning arrived on the scene few centuries after the former. The famous Soviet food historian William Pokhlyobkin went so far as to claim that cold beet soup got the name svekolnik from Soviet workers’ canteens, but he seems to have been mistaken.

Researchers claim that a soup under of the same name was served in the household of Leo Tolstoy, who was a vegetarian, and also in charity canteens that the writer opened for peasants in the 1890s. There’s also a recipe, in Petr Simonenko’s 1892 book Exemplary Kitchen and the Practical School of Housekeeping, for a cold soup called svekolnik; it has a kvas base and vegetable toppings.

On the other hand, in Elena Molokhovets’ classic cookbook, A Gift to Young Housewives, published at the turn of twentieth century, the soup that most closely resembles свекольник is found under the name “Polish khlodnik,” while the word svekolnik refers to the young beet greens that are added to a different – hot – kind of a soup.