Band On The Run 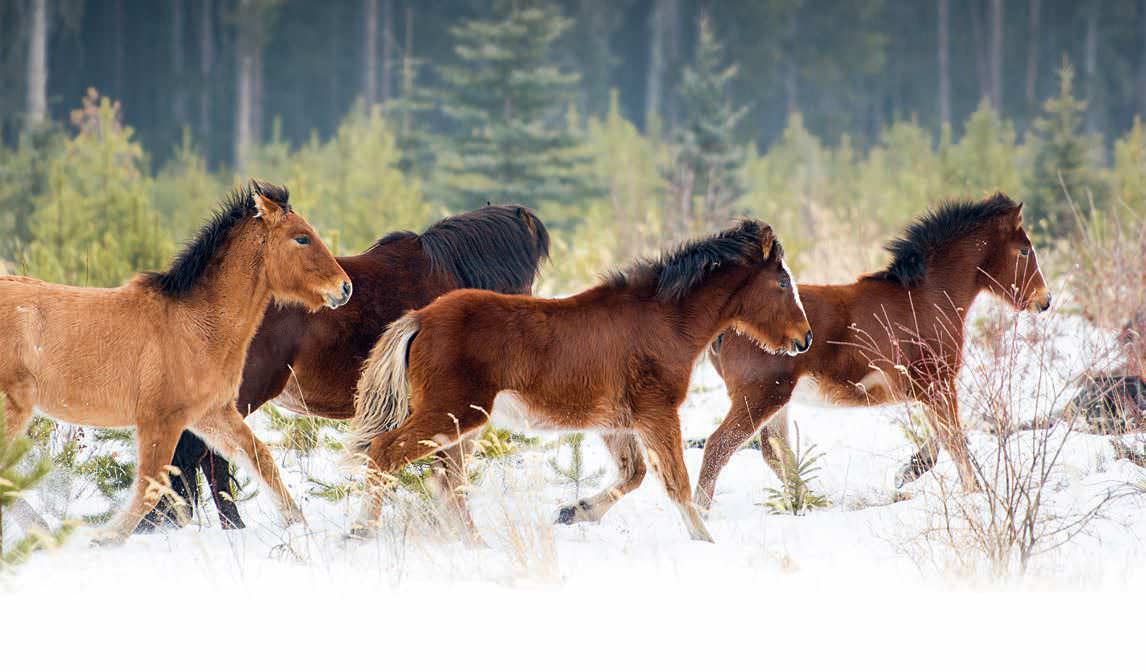 Photographing ‘the wildies’ of Alberta is exhilarating— and addictive

The wild stallion appeared at the edge of the forest, his thick bay coat glistening in the sunshine. Ears perked up, eyes alert, he watched me as intently as I watched him. A twig was tangled in his forelock. It either added to his wild appearance or gave him a comical look. Before I could decide, I realized that I, too, had a twig stuck in my hair. I felt a kindred connection with this horse. This is what happens when you spend a lot of time in the bush.

Ninety minutes north of Calgary, the small town of Sundre (population 2,729) is considered the gateway to Alberta's Rocky Mountain foothills, home to the wild horses that have survived here for more than two and a half centuries. A large mural stretching across the Sundre Museum proudly displays a pictorial history of the area’s wild horses. They are tough, sturdy animals that roam the forests, bogs and grasslands in close knit family bands.

Just after sunrise on a crisp January morning, I joined my expert guides, Darrell Glover and Duane Starr, who founded the organization Help Alberta Wildies in January 2014.