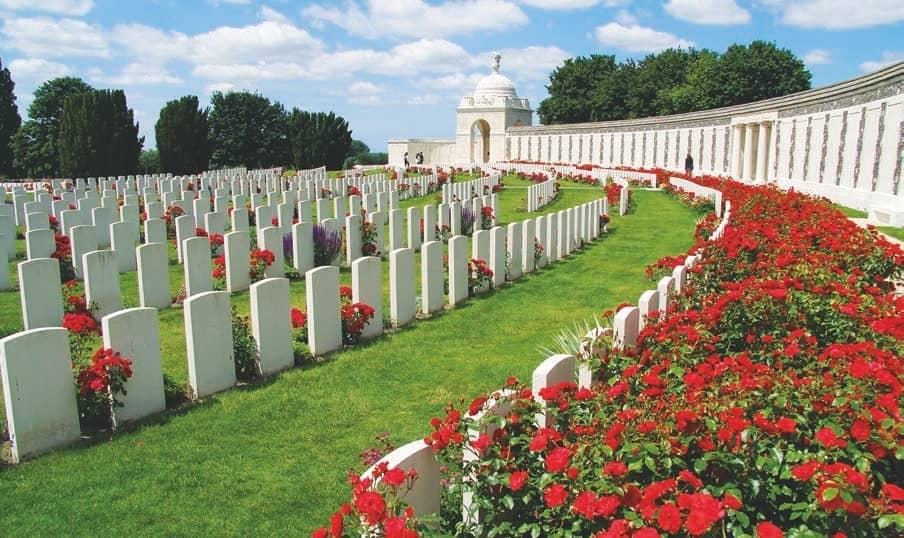 Visiting these war memorial sites brought a son closer to his father—and his country.

Almost no one visits the postage-stamp-sized Valley Cemetery in what was once the Western Front of France and Belgium. Almost no one visits this tiny cemetery because only a few know where it is. Situated in a soothing, peaceful grain field in the Artois region of north-west France, it contains a mere 50 identified graves. Most of which are Canadian.

What is poignant about this cemetery is that it is the final resting place for nearly the entire leadership corps of the 3rd Canadian Infantry Battalion. A captain, three lieutenants and a company sergeant major were all killed on August 30, 1918—just a few months shy of the end of the Great War. Their five headstones are grouped together on the far wall of the immaculately maintained grounds. Lying to their left is a similar five-grave grouping, all privates from the same Battalion and all killed on that same day, too. To their right are the graves of four British soldiers, all killed two days later, on September 1, 1918.

Now in my 70s, I have been retired for over ten years, living a charmed life and checking oŒ one or two bucket-list items each year.

Last year, I booked a trip with a company that specializes in visiting war sites at the Western Front of the First World War and at Normandy, France from the Second World War.