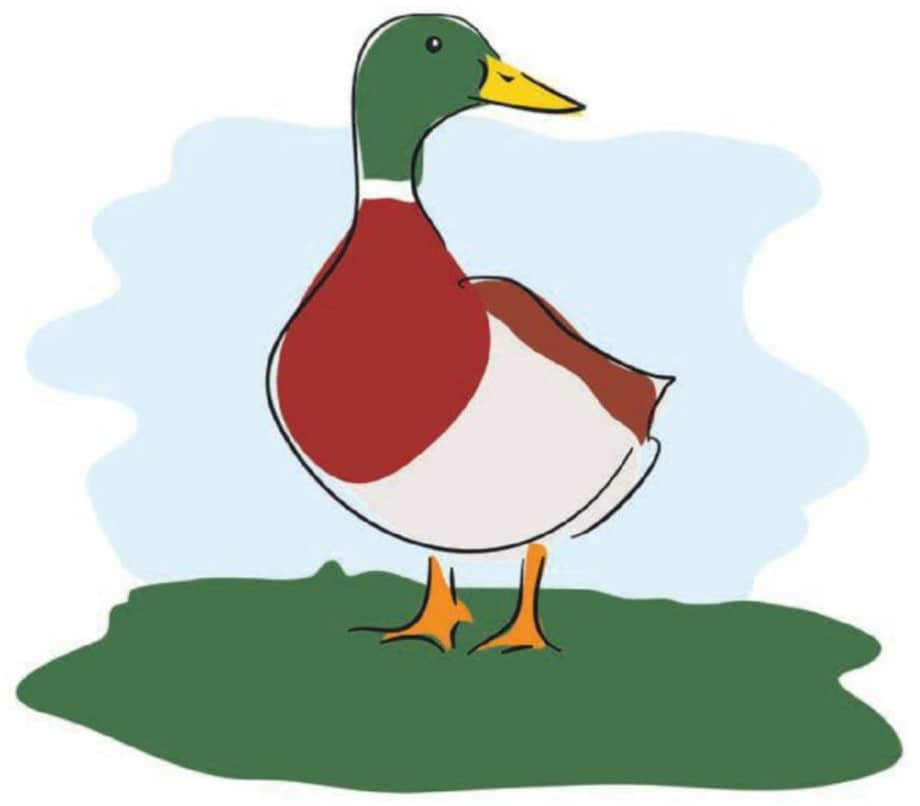 All in all, this was one lucky duck!

Once upon a time, there was a duck named Mallory, who was no ordinary duck. Yes, he looked like a mallard with his distinctive, shiny green head and white collar, but he didn’t swim among the reeds looking for food. No, he had his own swimming pool, and he ate from a dish by the back door of the cottage. True, he was put in a cage at night for his own safety, but he was always let out early in the morning.

You see, in the previous spring, Mallory had hatched out of an egg just like any other duck, but that egg was in an incubator in a kindergarten classroom. It was the only duck egg in a clutch of white hens’ eggs. Twins, Michael and Michelle, fell in love with him when he hatched, big and clumsy, while half a dozen fluffy yellow chicks stumbled peeping all around.