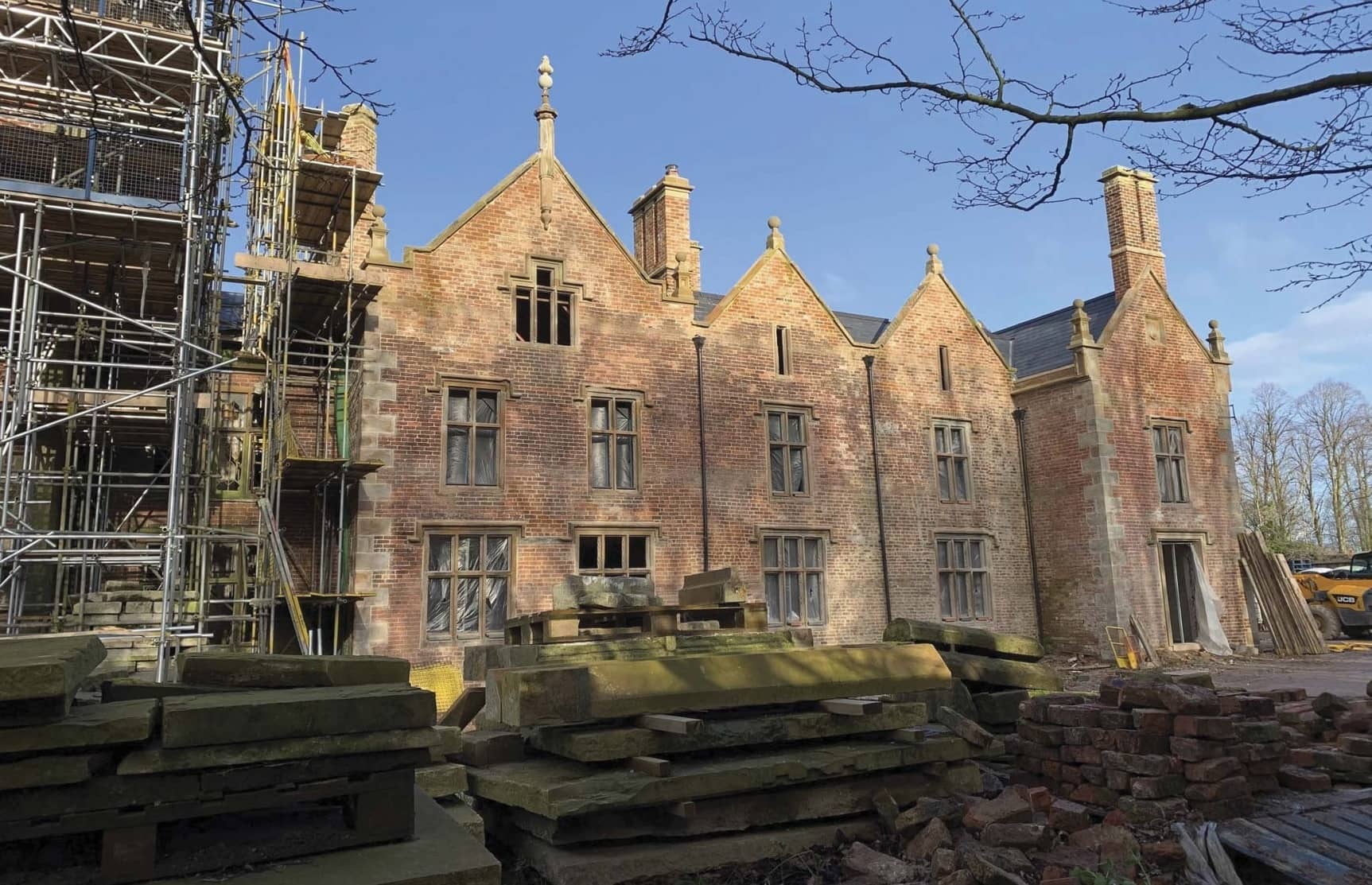 It has taken two decades of hard work and dedication to save one of the county’s historic gems. Roger Borrell reports

Janet Edwards remembers as a ten-year-old glimpsing through trees that hid an intriguing building. ‘My grandad would drive me past Bank Hall and I’d be captivated by it,’ she recalls. ‘There was something magical about the place. I always found it fascinating.’

Fast forward half a century or so and the retired midwife remains in its thrall. ‘As a young woman, I went off to study, never imagining for one moment that all these years later I would become so involved with Bank Hall,’ adds Janet, who lives in nearby Longton.

By the time she managed to cross the threshold of Bretherton’s listed Jacobean mansion much of the magic had gone. ‘I was absolutely shocked and horrified that such a beautiful building had been allowed to get into such a state.

‘A lot of it was down to bad luck, I suppose, but I was sad to see it literally falling apart and I wanted to do something about it.’

Fortunately, Janet wasn’t alone in her desire to see this important building saved from destruction and an action group was formed, initially to restore the gardens and then to find ways of putting Bank Hall back together.

Their work will come to fruition this year when the house restoration project is completed, but this was no overnight success story. Bank Hall was abandoned in the early 1970s and what the weather hadn’t damaged, thieves and vandals managed to remove or destroy. The feature that makes the house so special – the soaring Prospect Tower – had also started to crumble and collapse.

Saving Bank Hall, described as one of Lancashire’s hidden treasures, was to take more than two decades and the hard work and determination of a substantial group of people who cared enough to devote their time and energy to a scheme many thought was mission impossible. ‘It’s something that has taken over our lives,’ said Janet.

The hall goes back to the Bannister family, whose ancestors arrived with William the Conqueror and later settled in West Lancashire. The current hall was completed in the early 17th century – a date stone over the grand entrance says 1608.