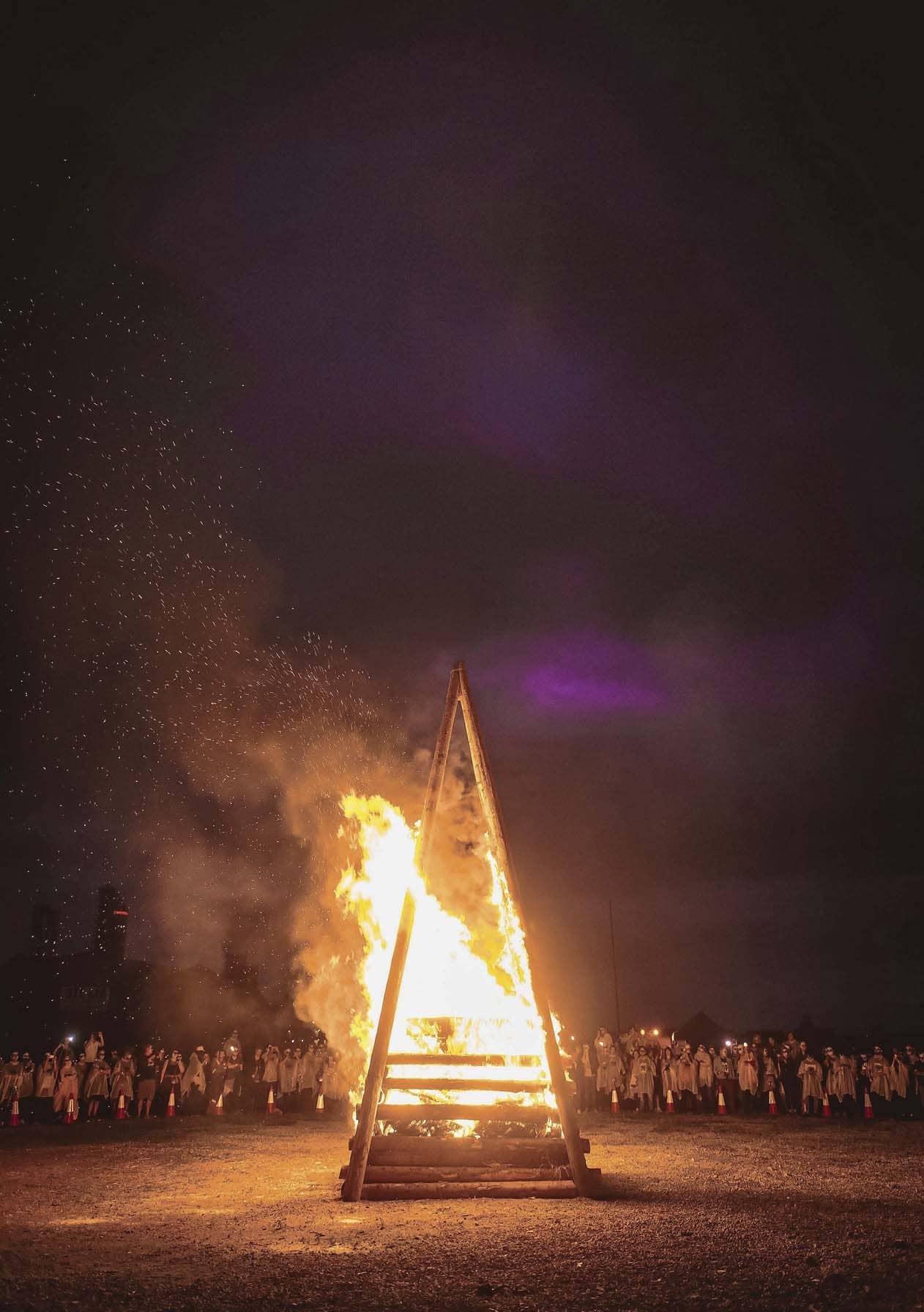 We’ve seen the shape of things to come – and it’s a pyramid. But are you ready to spend the afterlife piled high with 34,591 other people in Toxteth?

Where would you like your ashes scattered? Artfully strewn under your favourite oak in the Forest of Bowland? Stuffed under a seat in the Stretford End at Old Trafford? Launched dramatically from the top of The Big One at Blackpool Pleasure Beach? Or – and this is definitely the way I’m going to go – fiendishly stashed in your archenemy’s pepper grinder so the bitter tang of your loathing haunts them forever (or, at least, until they refill the grinder).

If these all sound a bit tame, what about baking your ashes into a brick so you can be piled up with 34,591 similarly artistically adventurous souls in a 23ft high pyramid?

The People’s Pyramid, which, when complete, will comprise 34,592 memorial bricks standing 23ft high, is part of Toxteth Day of the Dead. The event occurs annually on November 23rd, when the bereaved join artists, makers and creatives to ‘beat the bounds’ of Liverpool 8 before processing to The Florrie community heritage centre to layer their loved ones onto the growing memorial.

It might sound like a bit of a wheeze or a whimsical take on ancient traditions, but the People’s Pyramid is not a joke. In fact, according to its creators, it’s ‘deadly serious’.

Artist and musician Jimmy Cauty came up with the idea – along with his creative partner Bill Drummond – after his brother Simon died in 2016. He felt there should be a greater sense of occasion to mark his passing; something solid, something lasting. And an idea began to take a very distinctive shape.

Jimmy and Bill have form when it comes to both bricks and pyramids. You might remember the pair in their former guise as chart-topping early nineties band The KLF, who gave country star Tammy Wynette her first UK hit since 1969, then gained notoriety after cremating a million pounds on the remote Scottish island of Jura, filming it as a touring art project and forming the remaining ash into a brick.