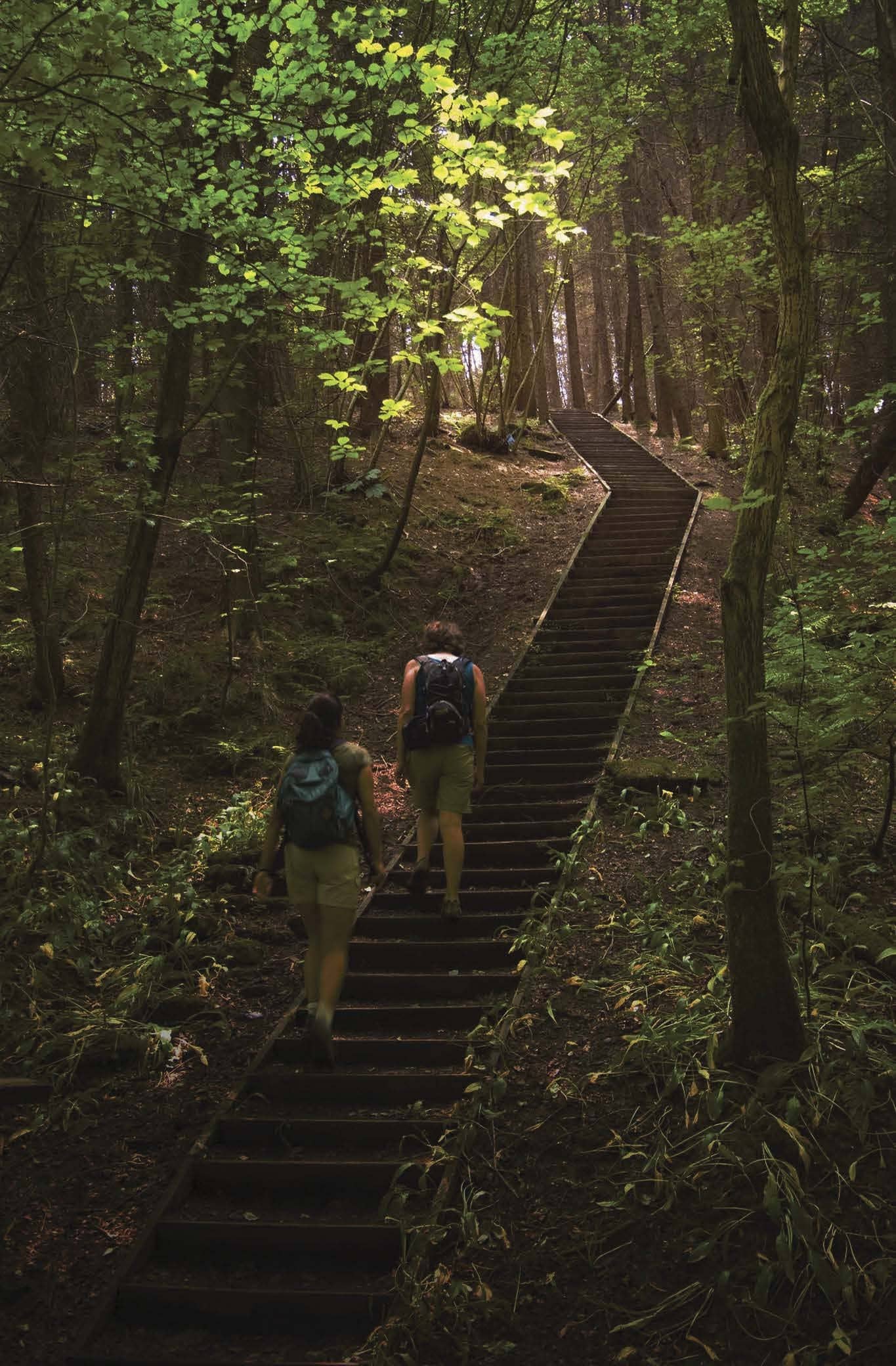 As lockdown restrictions ease, it’s time to re-connect with Lancashire and the Lake District

Our guide to places you should plan to visit features big cities and rural villages, coastal escapes and inland beauty spots. In different times, the 31 locations we highlight could be an itinerary for a month of adventure and exploration but we present them now as inspiration for your socially responsible time away from the house.

Shops and businesses in these places will be glad of your custom and your support as they start to rebuild for the future. But we know some areas will re-open sooner than others and we urge you to follow the latest guidelines and advice when planning your trips. As Marketing Lancashire’s campaign says: ‘See you soon, safely’.

The lockdown has helped many people renew their relationship with their local area – walks became an important focal point of the day and fostered a deeper appreciation of the open spaces, footpaths and views most of us have access to around the county.

But now restrictions are gradually easing, it’s possible to plan visits a little further afield. We hope these pages help you to do that, by reminding you of old favourites you may not have seen in a while and introducing you to places you don’t yet know. 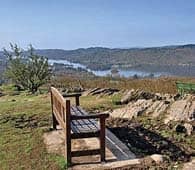 It’s easy to see why Bowness is Lakeland’s most popular tourist attraction. The views, the lake, the scenery, the walks, the shops… it’s all here and it usually attracts crowds from all over the world. The narrow streets and pavements would normally be crowded with visitors shopping, walking and waiting to take a boat trip on England’s biggest lake.

The Lake District was surreally quiet throughout Spring but as restrictions have been lifted, people have started to return, in spite of tourism groups’ requests to stay away for the time being. And although the lakeside can seem rather crowded sometimes, you need only walk a few minutes to find peace, tranquillity and incredible unspoiled views.

We recommend the walk to Orrest Head on the eastern shore of the lake – it’s the walk that changed young Alfred Wainwright’s life and led him to become the country’s most celebrated walks writer. It’s a simple enough walk for all ages and the views from the summit are among the best you’ll find anywhere. 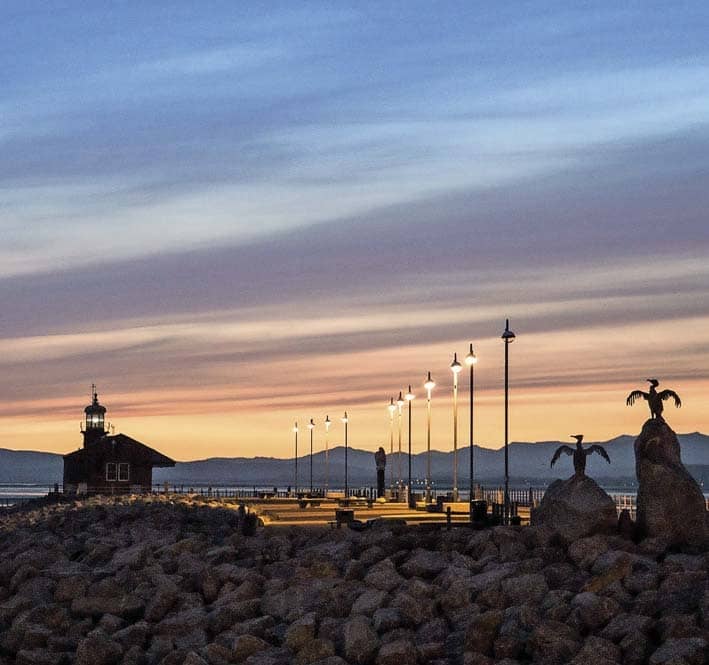 Once one of the country’s most popular tourist destinations, Morecambe saw trade dwindle away for years but there is a definite feeling that the town is on its way back. The unveiling of the Eric Morecambe statue in 1999 set the ball rolling and it was given another hefty kick by the revamp of the Midland Hotel a few years later. Changes to the prom have helped and the proposed Eden Project North which was due to open in 2023 before the Covid-19 outbreak will help put the town back in tourism Premier League.

But the biggest attraction in Morecambe is the spectacularly beautiful bay. It covers an area of 120sq miles, has a coastline of more than 60 miles and is the second-largest bay, and the largest expanse of intertidal mudflats and sand, in the UK. It is vitally important to birds and hosts hundreds of thousands of waders, gulls and wildfowl every year. About 10% of the UK’s salt marsh is here and five rivers drain into it.

It is one of the country’s natural wonders and the views from the promenade, or from the relatively new Bay Cycle Way are breathtaking and ever-changing. The vast skies, seemingly endless shimmering sands and sweeping seascapes make this a special place for visitors and those lucky enough to live nearby. 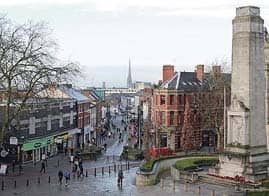 There’s lots to explore around Lancashire’s newest city and that should mean social distancing isn’t a problem. There are glorious parks close to the city centre and the surrounding countryside is dotted with pretty villages and beauty spots that are just waiting to be explored.

Start your trip in Avenham and Miller Parks beside the Ribble. They are crisscrossed by wide paths and it’s just a short walk from there to the Edwardian splendour of WInckley Square and the city centre. Changes in recent years mean many streets are pedestrianized or have wider pavements. If it’s looking busy in that direction, stay by the river and follow the Ribble Way, or investigate a stretch of the Guild Wheel, a 21-mile circuit of the city which opened in 2012, the year of the most recent Preston Guild.

Historic Hawkshead stands at the head of Esthwaite Water roughly halfway between Windermere and Coniston and it’s the perfect destination for anyone who wants to get away from it all. In normal times the picture-perfect village is a draw for people who enjoy its pubs and the range of independent shops. The village’s Beatrix Potter connections pull in the crowds too, but until the gallery and shop re-open, there’s plenty more to see and do in the area.

The village is a cornerstone of the Lake District’s tourism industry and as restrictions ease the pavements may well get busy again, but it is easy to escape the crowds and to enjoy a peaceful day out. The surrounding countryside is made for exploring by cycle or foot. Esthwaite Water was home to Beatrix Potter’s Jeremy Fisher and now you might spot ospreys trying to find lunch there. The lake – one of smallest in the area – is fringed on the west by Grizedale Forest which is home to a sculpture trail with about 100 pieces of art dotted 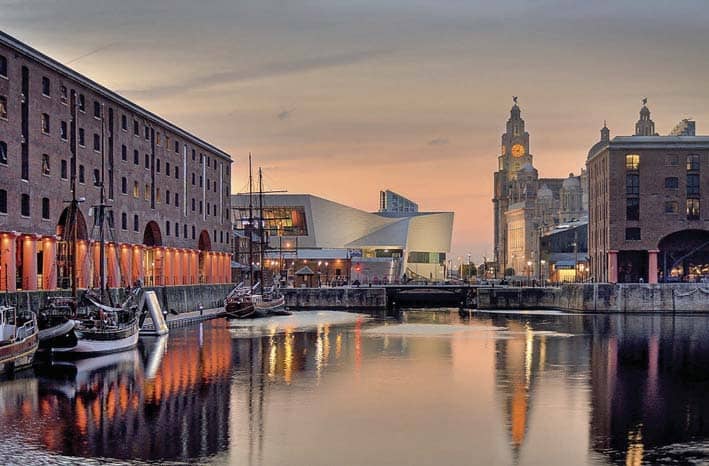 This should have been a year of celebration for Liverpool but the Covid-19 pandemic delayed the red half of the city’s 30 year wait for a league title.

In a normal year the city centre would be thronging with tourists from across the world enjoying the museums, galleries, restaurants and attractions. But although most of them remain closed for now, there are still ways to enjoy a day in the city.

The quieter streets mean you should be able to appreciate the grand architecture even more – there are plenty of highlights beside the famous Three Graces and the city’s two cathedrals. Liverpool has the greatest number of parks and Grade Two listed buildings of any UK city outside London; look above the shop fronts on almost any of the centre’s big wide streets and you’ll find clues to the city’s fascinating past.

To soak up Liverpool’s proud heritage as a maritime city, head for the areas around Albert Dock and the Pier Head which are favourites for walkers and cyclists. And the city’s parks and open spaces have been popular with visitors as lockdown restrictions have eased too, but it should still be possible to take a walk and observe social distancing rules – try Sefton Park and Princes Park near the city centre or Calderstones and Croxteth Park a little further out. 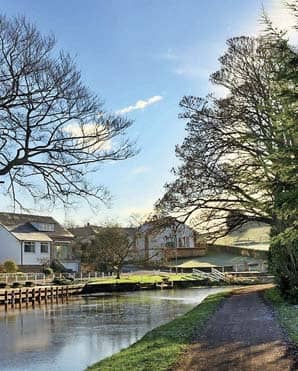 Bolton-le-Sands is a village divided. There’s no controversy or consternation, simply the Lancaster Canal which cuts through the centre of the village. The newer additions to the village stand to the west of the canal, across the water from its older parts.

The village, which enjoys glorious views across Morecambe Bay, was known simply as Bolton until the railway arrived and the name was changed to avoid confusion on the timetables. And while the railway station closed in 1969, trains still rattle past on the West Coast mainline.

But anyone who takes the slower route along the canal, or who pulls off the A6 and lingers a while will discover a delightful village surrounded by countryside which is a haven for those who enjoy walking, whether woodland, coastal or beside the canal. There’s some lovely picnic spots too, and if you need help filling your picnic basket, you’ll find inspiration in our Food & Drink section. 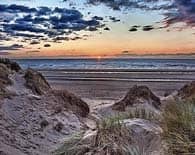 Formby stands on a stunning piece of coastline and, despite being midway between Liverpool and Southport, it retains the feel of a village. The shops and businesses are starting to re-open but most visitors head for the coast where social distancing is easy on the wide-open sands which are ideal for family walks and exercise.

A colony of red squirrels has found one of their last refuges in the pine woods which stand by the dunes - you might spot them if you take a woodland walk. And if you choose to walk on the sands, listen out for the ‘Bootle Organ’, the distinctive sound of male natterjack toads bellowing to attract a mate in one of the few sites in England where they breed.

The vast beach, with its big skies and incredible sunsets, is a great place for walks and picnics, and keep your eyes peeled for the 5,000-year-old footprints of elk, and elk hunters, in the sand. As the tide washes in and out, the footprints are revealed then hidden once again. 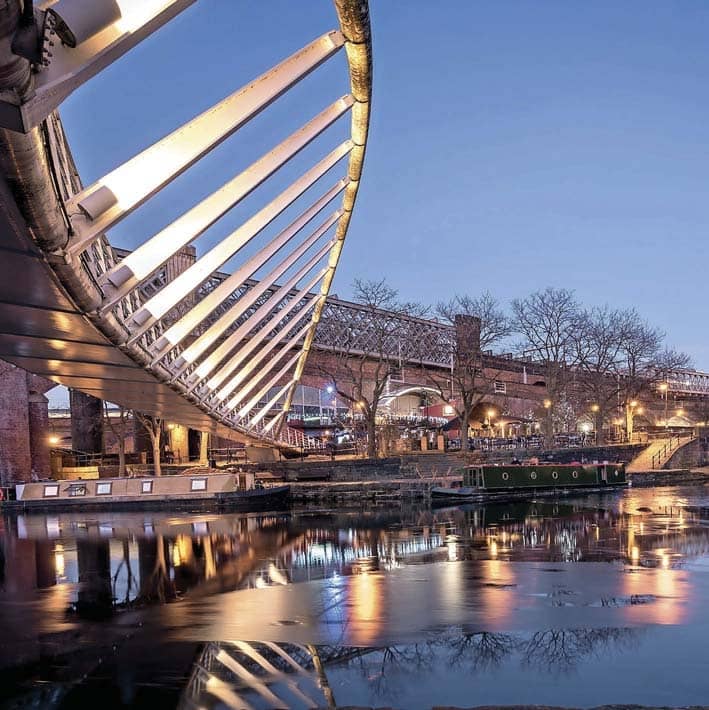 It has been eerie at times to see the streets around one of the world’s great cities quiet and the usually-thronging squares and attractions empty. But as businesses start to re-open, visitors have re-appeared and have taken advantage of the less busy city to enjoy urban explorations.

The city centre has been transformed over the years but there’s still plenty of evidence of Manchester’s history and development. Walks by the canals and past the railways that helped make this the world’s first industrial city – and the original Northern Powerhouse – are a great way to explore parts of the city you may be less familiar with.

And visiting those parts of the city you are used to seeing swarming with people at a time when the crowds are staying away gives a new perspective on a place you perhaps thought you knew very well.

As the lockdown has been eased, the city’s parks and waterways have attracted walkers, cyclists and families eager for a dose of fresh air, and although some paths have been a little busy, it is still possible to keep two metres apart in most places.