‘It's Just Another Day' 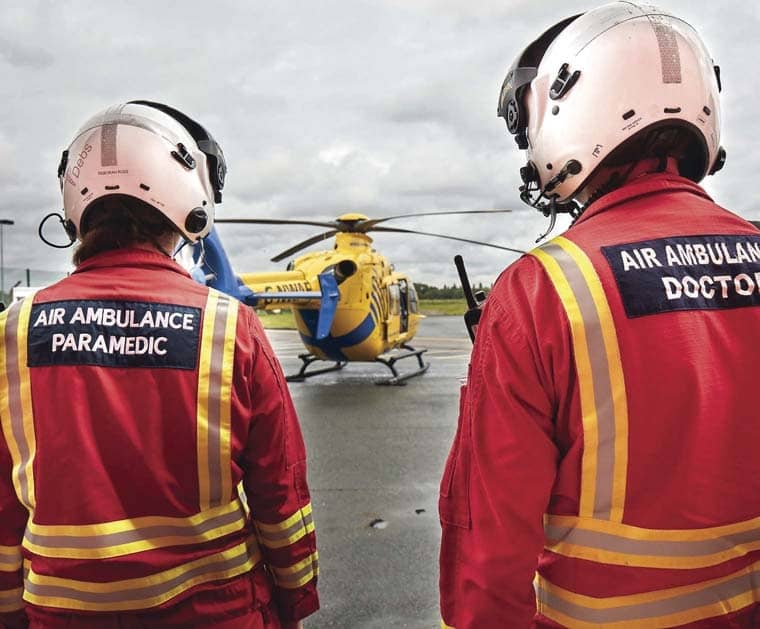 For most people Christmas is a time for family and relaxation, but for some it’s a working day like any other

Dr Richard Smith has worked for the air ambulance for two years and was an NHS doctor for 15 years before that. He’s also married to an NHS doctor who is also often called on to work at Christmas so has seen from both sides how working the festive period can affect family life.

The dad of four children, aged from two to ten, said: ‘Working at Christmas was easier when I was younger and before we had children. They have limited understanding of why I’m not there on Christmas morning. They accept it – they’ll wake up ridiculously early and carry on as normal.

‘We’ll have family staying with us at Christmas as well, so there’ll always be someone around to help and for the children to play with.

‘I’ll try to video call them during the day to see their presents, but for us it’s just another day. The service is just the same and we will respond to call-outs just as we would on any other day of the year.

‘We try to make an occasion of it at the base as best we can,’ he added. ‘We’ll have some food together and some Christmas television but a call-out can mean the food goes cold. That’s when the microwave comes into its own.’

The North West Air Ambulance is on call 365 days a year and covers 5,500 square miles and eight million people. Since it launched in 1999, the charity has flown over 17,000 missions, with an average of five call-outs a day, rising to ten in summer.

‘Christmas Day tends to be a bit quieter – there are fewer people on the roads, so there’s usually fewer accidents – but that doesn’t mean things can’t happen. Christmas can be a big emotional strain for some people and heart attacks are quite common.’

And Dr Smith added: ‘We’re often dealing with tragic circumstances and that can put a strain on you. It can alter your perspective on life and make you realise that life is so fragile and can be taken away or hugely changed in the blink of an eye.

‘We are a close group of colleagues and different jobs can affect people in different ways. Most of us have an hour or so to drive home after a shift and I find that time very useful for winding down and processing the day, so I’m not going to burden my family with too much when I get home.’

* The North West’s Air Ambulance Charity is reliant on donations and needs to raise over £9.5 million a year to keep its helicopters in the air. For more information or to donate, go to nwaa.net or call 0800 587 4570.

‘Christmas is a time when people reflect on the year and the people they have lost,’ said Jamie Brogden who has been a Samaritans volunteer for 13 years. ‘We have calls from people facing a Christmas without a loved for the first time. There’s a fear of isolation, not just on Christmas Day, but across the holidays, A lot of people will invite family over for Christmas Day, but then on Boxing Day people will be back on their own.

‘There’s a lot of pressure to have a ‘happy’ Christmas, but I want to say that it’s ok to not be ok.’