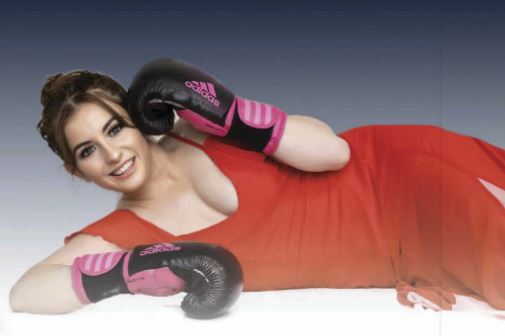 As a girl growing up in East Yorkshire, Charlotte Jarvis’s youth was made miserable by bullies; and at under five feet tall she was seriously hard pressed to do anything about constantly being harassed by her contemporaries. But all that changed when her dad convinced the coaches at Bridlington Boys Boxing Club to give the eight-year-old a chance.

‘I was turned down flat when I first applied, they said girls were not allowed because they didn’t commit and generally messed about, so my dad Richard went in and asked them to give me just one chance to prove myself,’ says Charlotte.

‘My dad told them if I was late even once, missed a session, fooled around or didn’t train properly, they could throw me out on my ear.

‘I grabbed that opportunity with both hands, never missing a single session in four years, I never went late, and I was nearly always the last to leave, and I made sure I trained as hard as any of the boys.