Women Of Peterloo
MEN WERE NOT THE ONLY ONES DEMANDING REFORM IN AUGUST 1819. MANY WOMEN CAME TO MANCHESTER FOR A DAY OF PROTEST, AND NOT ALL OF THEM MADE IT HOME, AS SUE WILKES REPORTS
Sue Wilkes

ONE HOT AUGUST DAY IN 1819, hundreds of women “reformers” in white gowns marched into Manchester. These women had already faced society’s ridicule for stepping outside their traditional domestic roles. Soon they would be in mortal danger. Manchester, like several other large industrial cities, had no member of parliament to represent its citizens’ interests. Working-class people did not even have the right to vote. The movement for parliamentary reform was gaining fresh impetus during the postwar trade depression following the end of the Napoleonic wars.

“Radicals” such as Henry Hunt, Joseph Harrison, and John Knight advocated universal (male) suffrage, secret ballots and annual parliaments. They believed that parliamentary reform would give people more power to overturn unpopular legislation such as the infamous Corn Laws, which kept the price of bread artificially high. Food was expensive, jobs scarce and wages low: a handloom weaver earned on average only six shillings per week. Everyday items such as soap and salt were also heavily taxed. Many poor people in England’s industrial districts subsisted on potatoes.

“Union Societies” were formed to spread the radicals’ ideas. They organized mass petitions to parliament demanding reform. Unfortunately, these petitions, including the ill-fated “Blanketeers’ March” from Manchester to London in 1817, achieved little other than stiffening the government’s resolve to suppress dissent.

The suffering Lancashire textile districts proved fertile ground for reform. Men and women attended Union Club meetings in towns and open-air meetings on the moors. Samuel Bamford, a weaver from Middleton, recalled that women first started voting at Lancashire reform meetings after a suggestion by him, which “the women were mightily pleased with”.

Women soon formed their own “political unions”. The earliest was probably the one set up by Alice Kitchen (or Kitchin) in June 1819. The Blackburn Female Reforming Society aimed to “assist the male population of this country to obtain their rights and liberties, which … are necessary for our wellbeing and happiness”. Members paid a penny a week, and the money went towards any expenses incurred by the men’s Union Societies. Kitchen hoped that similar societies would be formed nationwide, “to let our tyrants know that Englishwomen are not either ignorant and unmindful of the cruel acts of our country’s oppressors”. 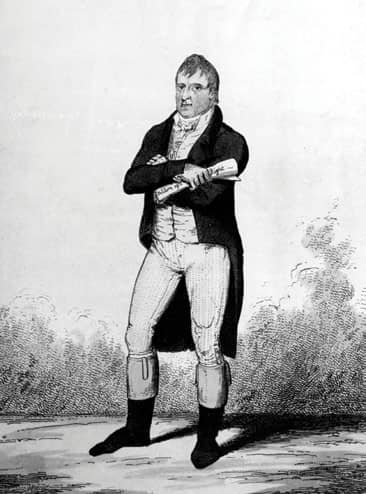 The Tory press was horrified, and the cartoonists sharpened their pens. The Morning Post ( July 1, 1819) accused the Blackburn women of “poisoning of the minds of the rising generation of the lower orders with sentiments subversive of all order and good Government, and utterly destructive of the social and moral tie”. By early August, Stockport had its own Female Reforming Society, with a Mrs. Hallworth as president. She modestly asked men to withdraw from their meeting because “it is something new for women to turn political orators” and she did not want to “be laughed at”.

These women’s unions were not campaigning for votes for women – a revolutionary idea – they wanted “universal suffrage” for their menfolk. Places such as Ashton-under-Lyne, Bolton, and Preston soon had their own societies, each with its own committee, secretary and treasurer. Susannah Saxton was the secretary of the Manchester Female Reform Union. Her husband, John Thacker Saxton, wrote for the Manchester Observer, the local radicals’ press organ.