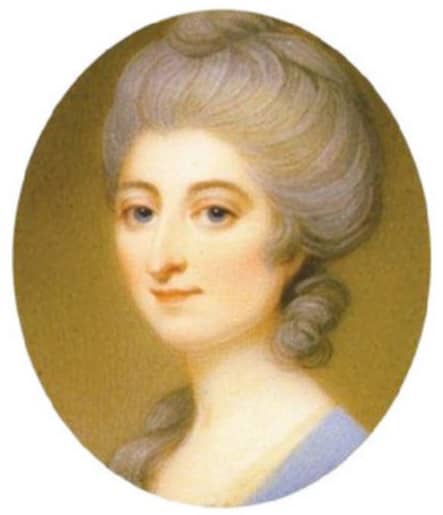 When we think of the friendships of great English writers, we think perhaps of William Shakespeare and Ben Jonson; Samuel Johnson and James Boswell. Jane Austen and … well, clearly, her sister Cassandra was her first and closest friend, but who else was close?

Mary and Martha Lloyd were friends who (in Martha’s case, long after Jane’s death) became related by marriage; Anne Sharp was the governess at Godmersham, home of Jane’s brother Edward Austen Knight; but probably more influential than any other was Anne Brydges Lefroy (1747/48-1804), who was the friend of Jane Austen while the author was still in her teens.

Until now, there has been no biography of Anne Lefroy; she has not even had a Wikipedia page. My new book, Jane Austen’s Inspiration: Beloved Friend Anne Lefroy (Pen and Sword Books) will attempt to fill this gap (it is hoped that the Wiki page will be forthcoming shortly).

Anne Lefroy was a writer of both verse and prose, both before and after her marriage to the Rev George Lefroy, Rector of Ashe in Hampshire. My book includes, for the first time since a private family edition was published in 1812, most of Anne’s surviving poems, placing them in their literary and social contexts. It also outlines the history of Anne’s family, the Egertons and Brydges, and those of her husband, the Langlois, and Lefroys.