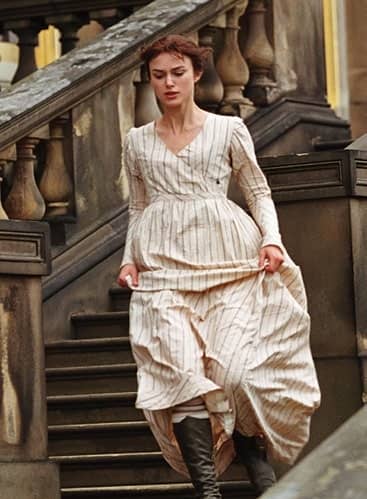 WHAT MIGHT ELIZABETH BENNET HAVE SEEN AS SHE WANDERED THROUGH THE CORRIDORS OF PEMBERLEY? VICTORIA C SKELLY CONSIDERS HOW THE OWNERS OF GREAT ESTATES IN JANE AUSTEN’S TIME VIEWED ART
Victoria C Skelly

ADMIRERS OF JANE AUSTEN’S NOVELS readily recall the pivotal scene in Pride & Prejudice, when the astonished and humbled Elizabeth Bennet is touring Pemberley with her Aunt and Uncle Gardiner for the very first time. After surveying the grounds, the exterior architecture and views from inside the house, Elizabeth recognizes that the design of this estate warrants many artistic superlatives. Pemberley indeed has “some of the finest woods in the country”, where “every disposition of the ground was good”, and “from every window, there were beauties to be seen”. The narrator notes, as we imagine Elizabeth must be noted too, that the furniture there “had more real elegance than the furniture at Rosings”.

Subsequently, the narrator tells us: “The picture gallery, and two or three of the principal bedrooms, were all that remained to be shown. In the former were many good paintings, but Elizabeth knew nothing of the art; and from such as had been already visible below, she had willingly turned to look at some drawings of Miss Darcy’s, in crayons, whose subjects were usually more interesting, and also more intelligible.”

As Jane Austen always preferred to write about subjects she knew and understood, we could surmise, after surveying this passage and consulting some history, that the author, her narrator and the character Elizabeth knew much about the artistic landscape and architectural conversations of the day, but much less about painting. If Elizabeth finds Georgiana’s crayon pictures (Conte crayon sketching chalks in black, grey, white and sepia tones) to be more “interesting” and “intelligible”, that is probably because, as daughters of gentlemen, they would both be familiar with these sketching tools and the types of subject-matter that ladies drew. 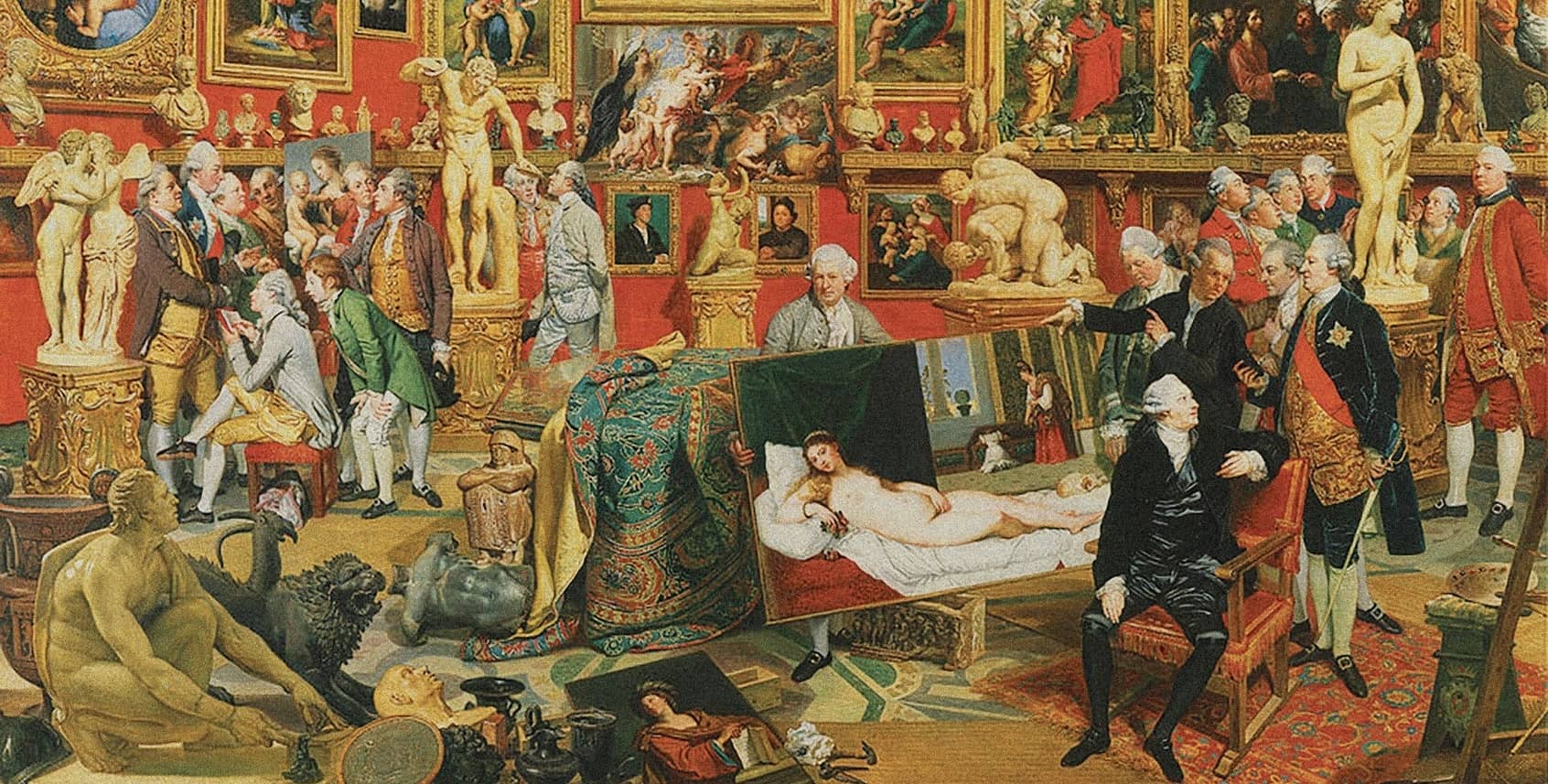 That Elizabeth does venture to declare Darcy’s gallery of paintings “good” is intriguing because, as John Brewer, author of Pleasures of the Imagination: English Culture In the Eighteenth Century writes, the reality was that most country houses in 18th-century England contained only a “mish-mash of mediocre art”. The Duke of Devonshire in 1766 had only very few paintings at Chatsworth, but then displayed “works of quality” at his townhouse in Piccadilly.

Later, a few outstanding country house collections of art were assembled, such as at Narford by Sir Andrew Fountaine, at Burghley by the Earl of Exeter, and at Wilton, by the Earl of Pembroke. English aristocrats who collected art tended to purchase while traveling (such as on the Grand Tour) or from a dealer in London. Old Master paintings were displayed mostly in London townhouses. Gradually collections were dispersed to the country houses, but this migration of quality painting was not complete until well into the 19th century.