JANE AUSTEN WAS a keen amateur pianist. It was her normal routine to play for an hour before breakfast so as not to disturb her mother or her sister, Cassandra. To play for an hour a day, a pianist needs access to a significant amount of manuscript music. Families with enough wealth would put together their own collections of music. Jane Austen was fortunate because her family commenced its own music collection before her birth. Some of the Austen music collection has been lost or sold, but there is a substantial amount still in existence.

It is a fascinating resource that tells us so much about Jane, her family, and their musical interests. In all, there are 21 items in the collection, 18 of which are bound volumes. During her lifetime, she added substantially to the collection. Fifteen of the bound volumes were put together between 1775 and 1820.

In Regency times, music to play from could be acquired in three different ways. First, printed music could be purchased. However, it was expensive. The frontispiece from a book published on April 1, 1805, by Natale Corri who had just opened a music shop in front of his Concert Rooms in Leith Walk, Edinburgh, says that the price was six shillings. This would equate to more than £75 today.

There were many music sellers in London, with Longman and Broderip being one of the most well known. The music was often sold unbound and the purchaser had the choice of keeping it in its unbound condition, having it sewn into an existing family collection or paying for it to be bound at the time of purchase into a single volume. The Austen family collection includes printed work sold by a number of different publishers (including Longman and Broderip), some of which are bound, while a small number remains unbound. In volume five of the collection, which is signed by Jane, there is a printed copy of Handel’s Hallelujah Chorus adapted and composed for two performers on one organ or harpsichord.

Second, music could be acquired by copying out parts that belonged to a friend or relative. This method was used extensively by Jane Austen and Elizabeth Austen Knight, Janes’s sister-in-law. It is fascinating to see the pieces that they chose to copy and the results they were capable of producing. Copying music is very time consuming and demands close attention to detail. Even one dot in the wrong place will mean that the music will not make sense. It is obvious from looking at the manuscripts that Jane and Elizabeth were skilled at copying, although the odd error does creep in, as we shall see. 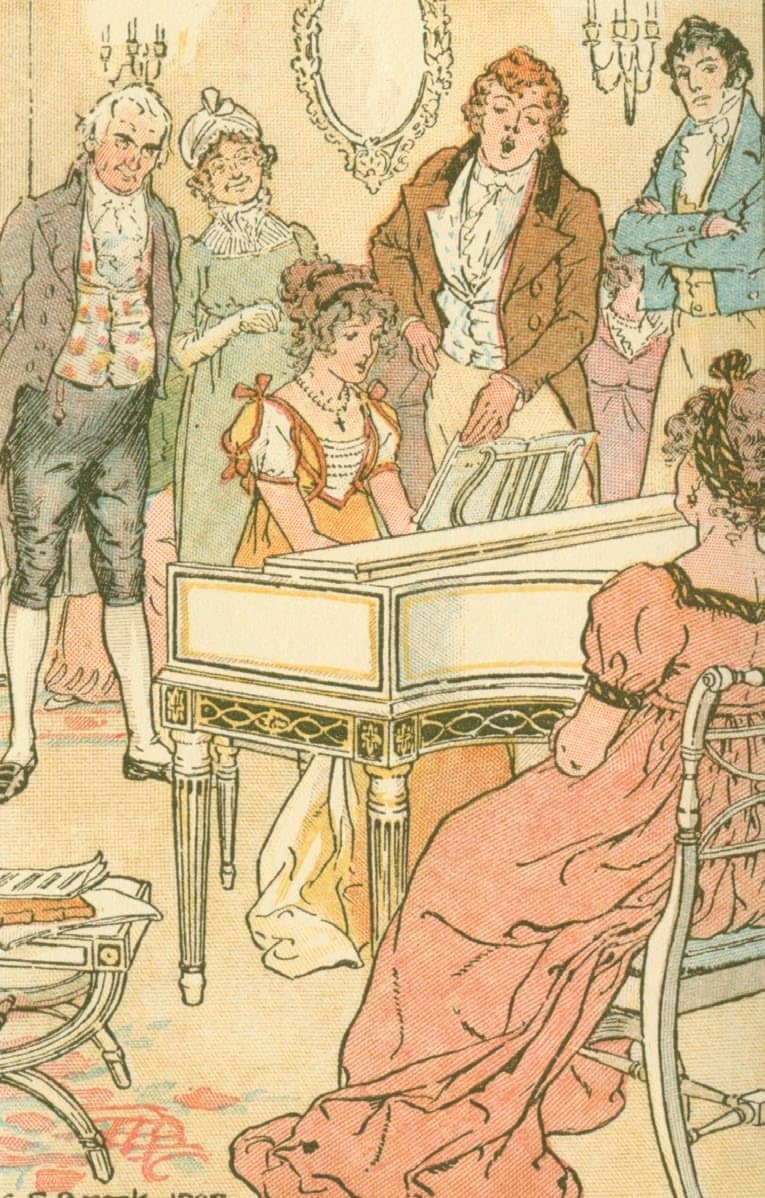