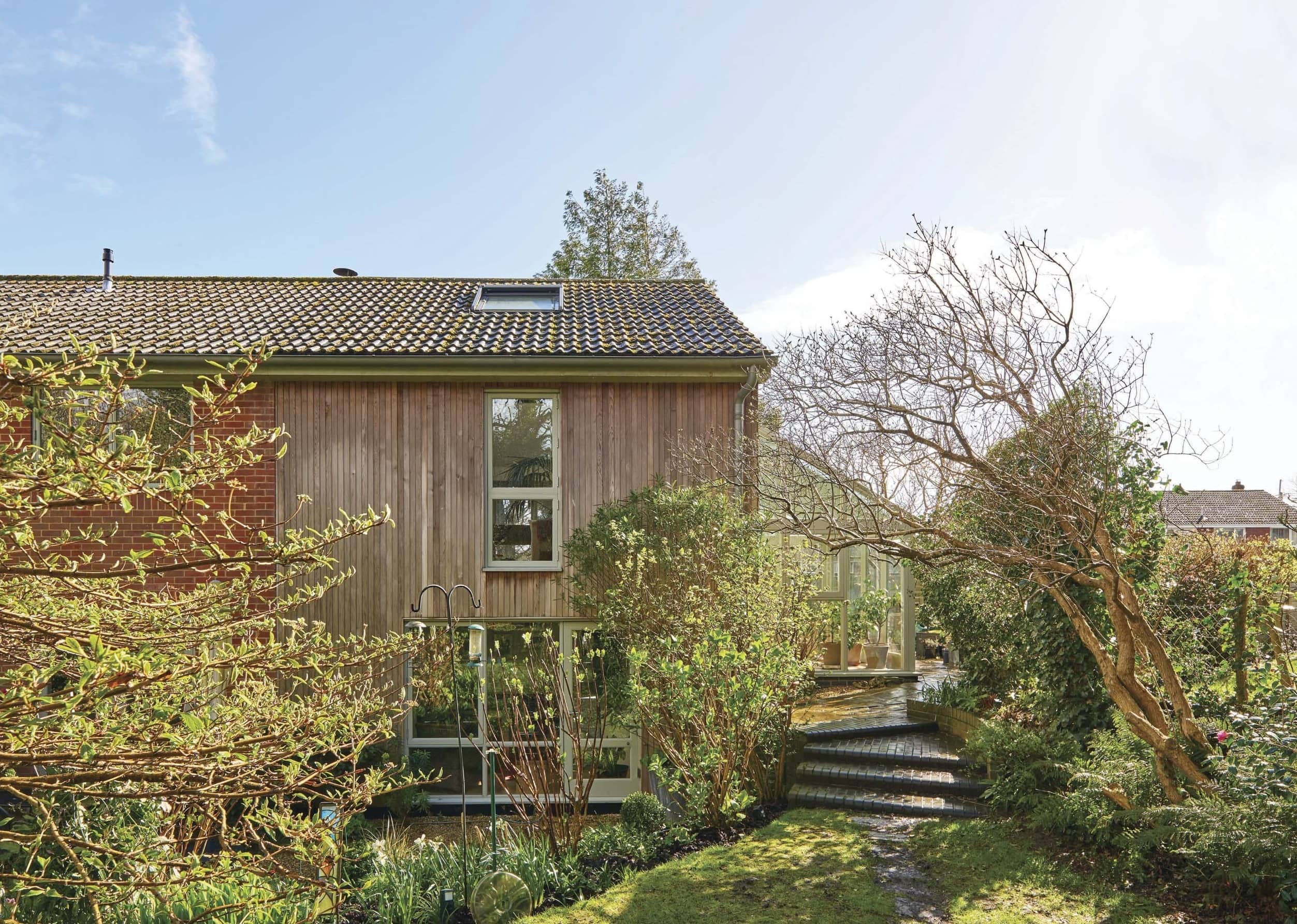 Inspired by an art gallery yet designed to accommodate music, this Sway home is a rare find in the New Forest

“You have to do it once in a lifetime.” David Pratley chuckles. “But I don’t think I’d recommend doing it more than once!”

David is referring to building his home, a modern structure in two parts with the original build in red brick and the later addition clad in aged cedar – designed by architect David Wild who taught at the Architectural Association and influenced a generation of modernist architects. It is an unexpected find in the New Forest village of Sway. But this is a house with an unusual story.

David’s late wife, Linda Fredericks, was an artist, teacher and founder of ArtSway. With her first husband and three daughters, she swapped London for the New Forest decades ago. She became head of art at Arnewood School, New Milton, and number five, Little Burn, which was built in the 1970s in the grounds of an Edwardian country house, was her home.

Linda leased old stables locally as a studio and, following divorce and after taking early retirement, she founded the acclaimed contemporary art gallery ArtSway (now SPUD), engaging the modernist architect Tony Fretton to refashion the stables into an exceptional gallery space which attracted national attention. Architect David Wild reviewed Tony Fretton’s work for the Architectural Review. Impressed by Linda’s achievement he offered to design something for her – drawing up plans for a property in Linda’s garden. 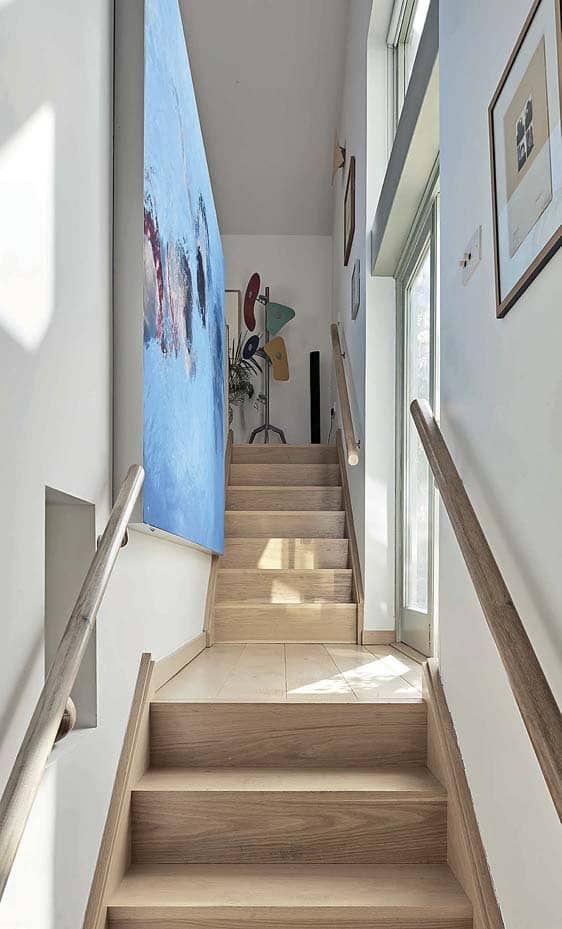 Working as an arts management consultant, David Pratley met Linda in 2006. He was widowed and Linda long divorced. As they got on well, they decided to make a home together with David moving from London to Linda’s home. As Linda’s house was quite small, they needed to extend. She already had David Wild’s excellent plans which the architect revised as a property adjoining Linda’s home, and the process of building the present house began.