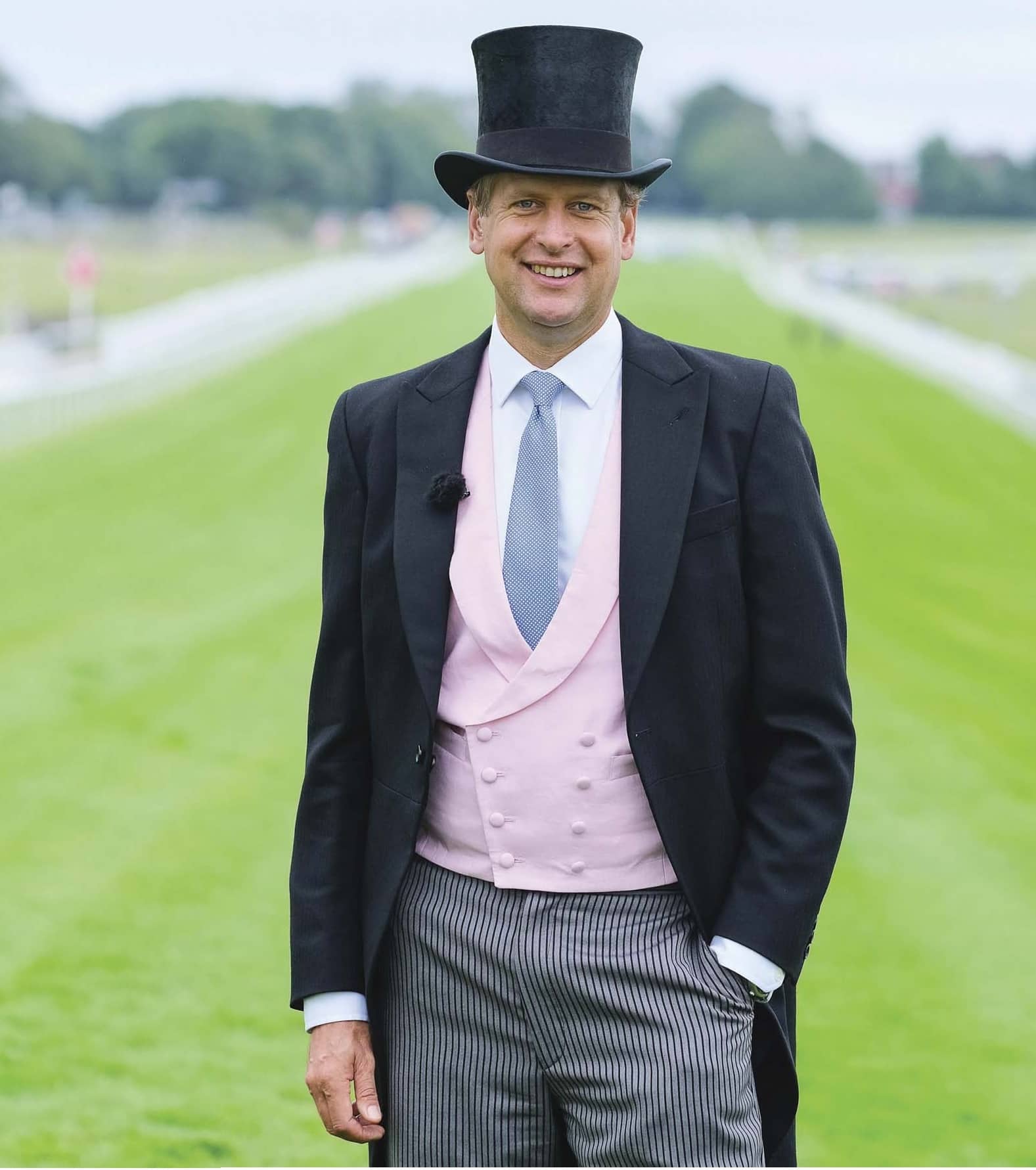 Now racing has returned to our screens, ITV’s Ed Chamberlin reveals what it has been like presenting from his Broughton home

As ITV Racing’s lead presenter, Ed Chamberlin has probably seen more of the UK than most of us.

Yet one thing he is sure of, he is happiest here in Hampshire. Unsurprisingly this year he has enjoyed “eating, sleeping and breathing Hampshire” more than ever, having spent the lockdown at his home in Broughton. He presented almost a month of ‘behind closed doors’ racing from his sitting-room before a small production team was allowed to return to the racecourses.

Ed fell in love with racing as a child and owes his grandfather for sowing the seed. “He loved watching racing and every Saturday afternoon, I would become his runner and would help pick his horses. Our family would have a sweepstake for the Grand National each year and I remember 1981, was the first year I was allowed a bet. I put 50p each way on Spartan Missile. I was gutted he came second but from that day on, I was hooked.”

Ed’s father was in the Green Jackets and commanded the barracks in Winchester. He was born in Somerset but he spent most of his childhood in Hampshire, living in Little London and St Mary Bourne. Every two years the family would be posted abroad but Hampshire was always considered home.

Ed spent his early working life in London including his first racing job for Ladbrokes, before he moved to Sky Sports where he eventually became a principal football presenter. But his heart remained in Hampshire and in 2006, he moved back with his family. Initially King’s Sombourne and now the village of Broughton, with his wife Charlotte, 14-year-old daughter Polly and 11-year-old son Sam.

“Sport plays a huge part in our family life, both watching and playing. I have a sport-mad son, who plays cricket for Hampshire Central, and also Andover. Because I am usually working, my father loves coming to watch him.”

A die-hard supporter of Southampton Football Club since infancy, he frequently goes to watch games with his son.