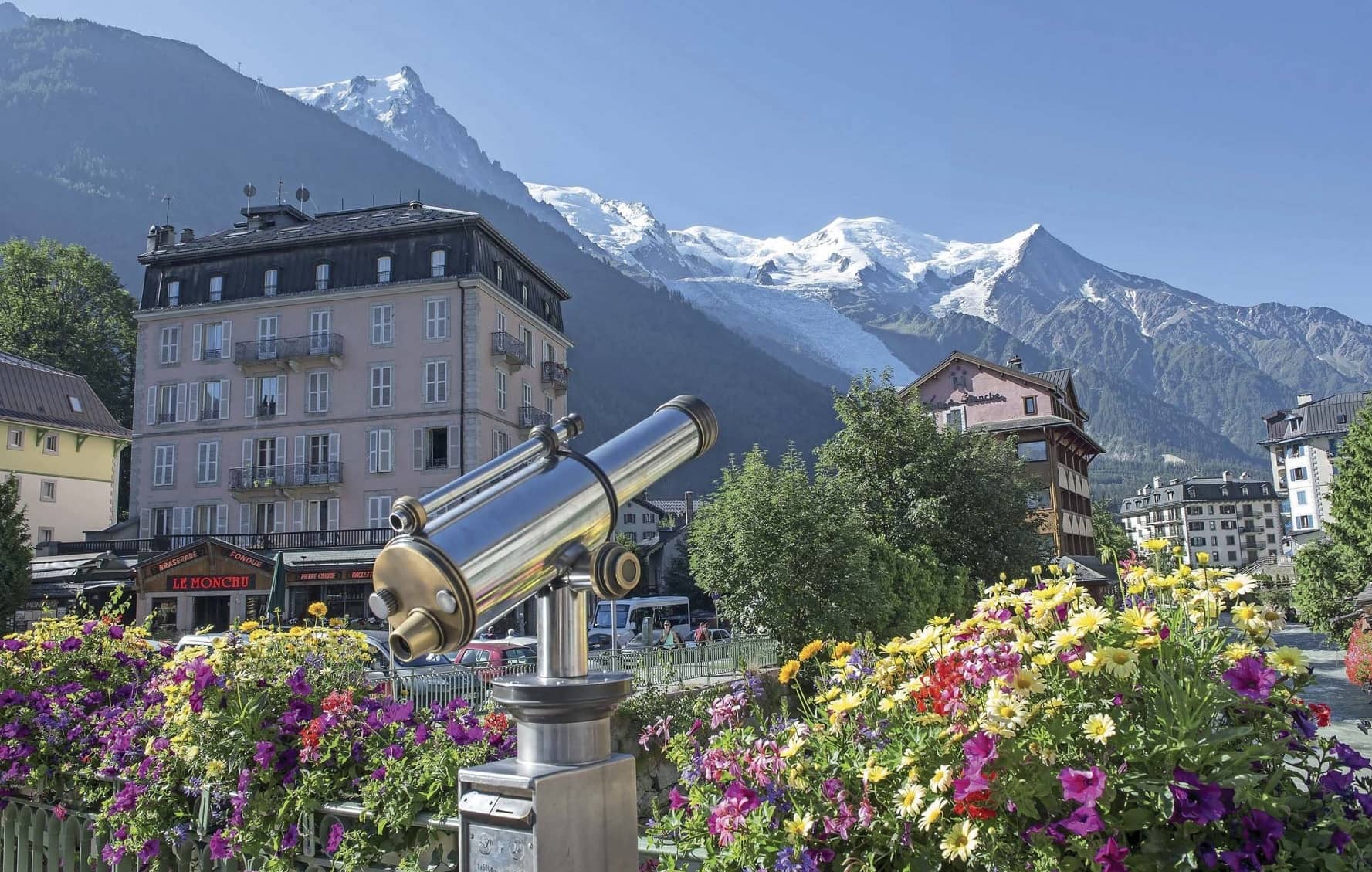 Need to pack a year’s worth of relaxation into one weekend? Savoie Mont Blanc is the place to go, discovers Hannah Evans

Hannah Evans
This is the life,” I sighed happily for about the tenth time that day, as I rested my elbows on the ledge of the steaming infinity pool and felt the pleasant chill of the air on my shoulders. All around me people were languidly bobbing like jellyfish, wearing the same contented smile that only a spa can bring. I was nearing the end of a weekend of wellbeing in Savoie Mont Blanc, having eaten, hiked, and floated my way through some of the most beautiful places I had ever seen. It was my first time in the Alps, and it had made a lasting impression.

This particular pool was at the recently opened QC Terme in Chamonix, the resort famous for its superb skiing and scenic vistas of the Mont Blanc massif, and the location of the first-ever Winter Olympics in 1924. Nestled between the peaks of the Aiguilles Rouges and the Aiguille du Midi, it offers direct cable car access to two of the sectors in the ski area, with the other sectors accessible by car or bus. There’s a range of exhilarating runs for skiers of all abilities and those who want a challenge can try the famous Vallée Blanche, a 20km off-piste route described as one of the best in the world.

But I wasn’t here to ski – this was early September and the perfect opportunity to explore the deep-rooted culture of wellbeing and health that has kept people coming to Haute-Savoie for centuries. There are several beautiful towns and villages in the Mont Blanc area. Many of these are not in France at all, as the summit is almost perfectly bisected by the Italian border, while the Swiss border lies just a few kilometers to the east. In the French half, though, you’ll find Les Houches, Les Contamines, Saint-Gervais-les-Bains, and Chamonix, of which the latter two offer year-round attractions and activities that guarantee even the tensest workaholic a literal and figurative breath of fresh air.

The Alps receive around 120 million visitors each year, which is partly explained by how easily accessible they are. Within three hours of departing Heathrow, I had arrived in Saint-Gervaisles-Bains, via a speedy flight to Geneva and an hour-long transfer to the town.

Saint-Gervais is one of the rare Alpine towns that remain lively through all seasons, thanks to the well-established permanent community and a great range of amenities. The pretty Baroqueinspired architecture hints at the historic origins of the town, which gained popularity in the early 19th century with the discovery of a thermal spring, the healing waters of which can still be enjoyed by visitors today.

More on that later – first on the agenda was an invigorating hike. From its position at the foot of Mont Blanc, Saint-Gervais has easy access to the mountains thanks to the famous Tramway du Mont Blanc, the highest railway in the département, and one of the last rack and pinion railways in the country. As the train winds its way up the mountainside the views are simply stunning. And they’re a welcome distraction from the slightly rickety motion of the old tram!

The second stop on the ascent from Saint-Gervais is the Col de Voza, a mountain pass at 1,653m. “If you like foraging for your lunch, this is the place to come,” said Gonzague, our charming, rugged mountain guide, “but you need to know your stuff, not everything is as good as it looks.” A broad Gallic smile suggested he spoke from experience.