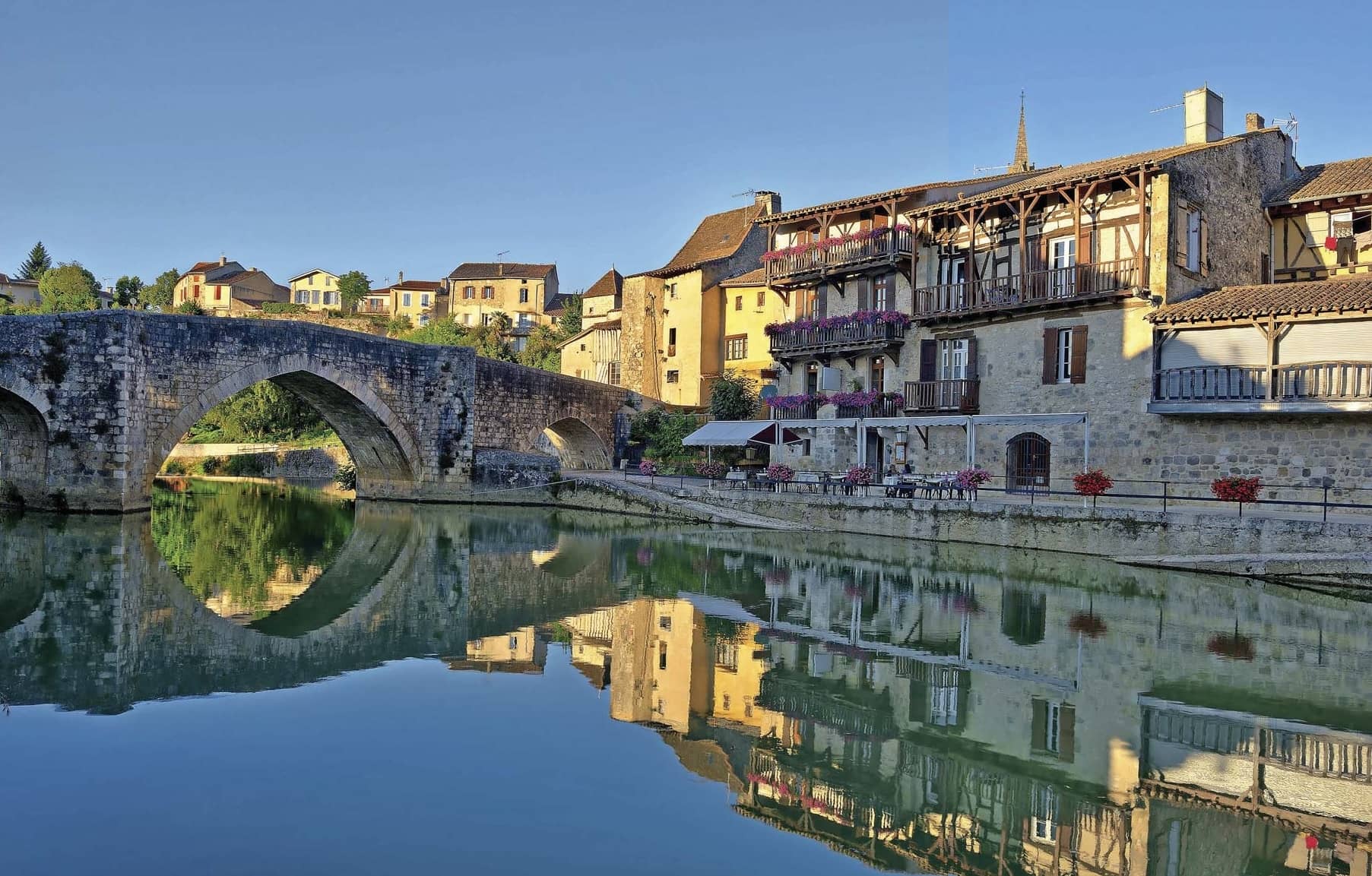 Once home to the French royal family, this pretty riverside town in Lot-et-Garonne has plenty to appeal to the modern visitor too, as Lara Dunn discovers

Lara Dunn
The heat of the late summer day is temporarily forgotten as I sit outside the Chalet de la Garenne, sipping a chilled peach iced tea. Meandering some 2.5km along one bank of the River Baïse, the Parc Royal de la Garenne was created by Antoine de Bourbon, King of Navarre and father of Henri IV, and was later enlarged by La Reine Margot. The park’s leafy paths may no longer be graced by the exotic birds that once resided here, but they do offer some much-needed shade. I cross the ornate metal footbridge to walk back along the other bank and reflect on how firmly rooted in French royal history this modest seeming town actually is.

In the 14th century, Nérac was the capital of the Albret region, named after the powerful Albret family who married into the royal family in the 12th century. Climbing the steps that lead from the riverside to the château, the town’s history is plain to see. The elegant château finished during the Renaissance, is a fraction of the size it was in its heyday but remains to tell its story of wealth and power. As I pass, an elegant older lady opens the door to her house across the square from the château, allowing her imperious tabby cat out to wander the precinct. I get the impression this is a daily occurrence.

With its origins as a Gallo-Roman settlement (a surviving section of mosaic from a villa sits close to the entrance to the Parc Royal de la Garenne) and long royal history, it feels slightly unexpected that Nérac is a vibrant modern town too, with restaurants, cafés, shops, and a little cinema, as well as the enormously popular Lud’O Parc water park. It almost feels like a town of two halves, this bustling atmosphere seemingly at odds with the sleepy riverside, but it’s one of the things that contributes to Nérac’s appeal and ongoing prosperity.