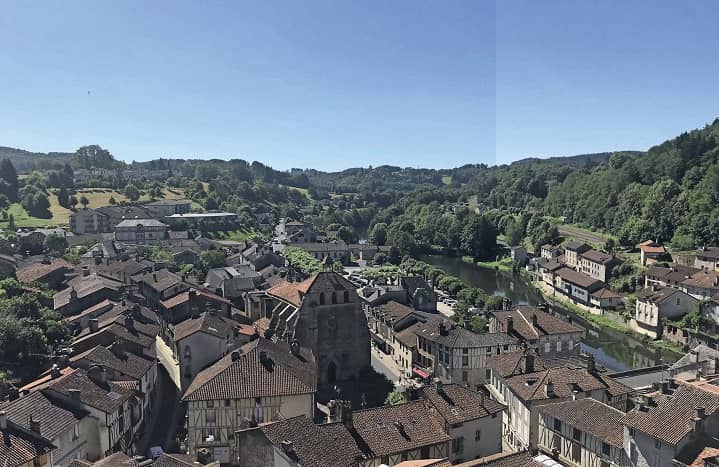 Cantal charm abounds in the dancing queen of the Auvergne, as Mark Sampson finds out

Somewhere between a big village and a small town, Laroquebrou on the western edge of the Cantal is classified as a Petite Cité de Caractère. A river and a railway run through it, and we park by the Cère in the free car park, labeled in recent times the Place Boogie-Woogie, to mark the unlikely music festival that takes place every August.

We start by crossing over the bridge built in the 13th century to facilitate trade and the progress of pilgrims bound for Rocamadour and beyond. The view from the rive gauche offers a snapshot of Laroquebrou’s history: towering above, the 13th-century château that once housed its seigneur and protector; down below, the colossal medieval church that oversaw its spiritual needs; in between, the ancient bourgeois quartiers, each with its own fountain, that housed the citizens who once prospered being potters, tanners and leather workers.

Back on the rive droite, just past the Office de Tourisme, a cobbled walkway leads you on a steep, labyrinthine route past venerable houses, big and small, past some immaculate raised gardens, and up to the château and the statue at the top. Inaugurated in 1887, the statue of the Vierge is a copy of Notre-Dame de Fourvière in Lyon. She stands in benediction on an outcrop of quartz rock that was once the oldest part of the fortified château. We climb some steps built for a giant and find a splendid view over the random terracotta roofs of the medieval cité. 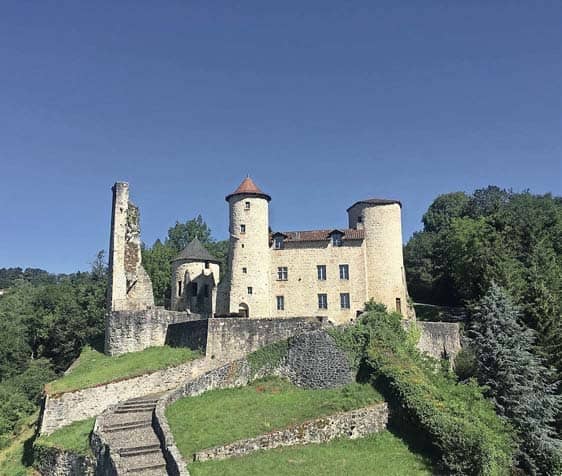