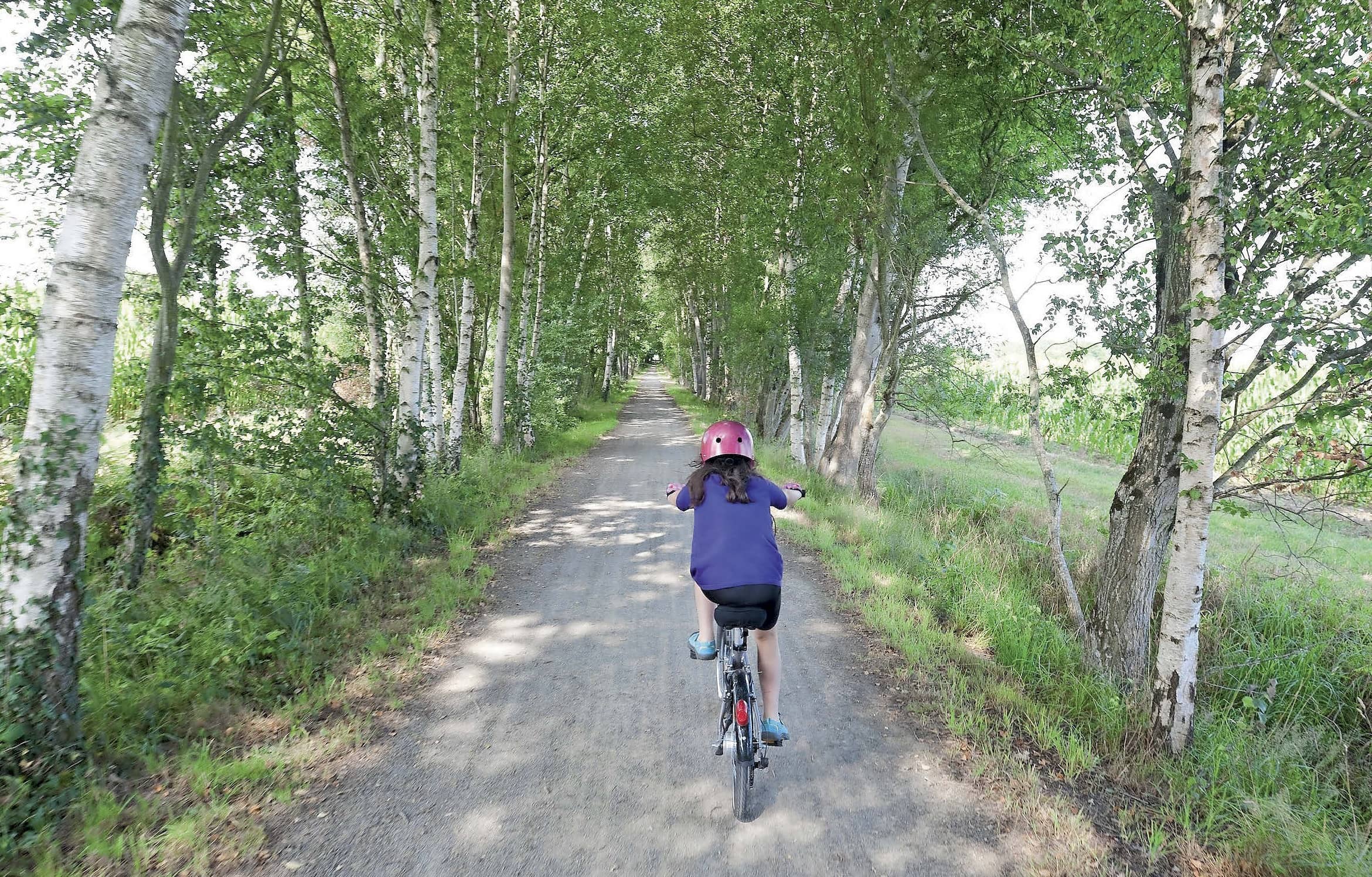 Rudolf Abraham and his daughter Tamara cruise along the historic paths of the Veloscenic cycle route, which stretches from Paris to Mont Saint-Michel, on e-bikes

The view from Roche Torin is breathtaking, taking in the vast sweep of tidal flats and salt meadows that is Mont Saint-Michel Bay. Seagulls sluice above shallow patches of water, and clouds chase one another across a late July sky, while my nine-year-old daughter charges about on the nearest sprawl of mudflats. In the distance, Mont Saint-Michel appears to hover slightly, like a mirage.

The Roche Torin headland lies towards the western end of the Veloscenic – a spectacular, 450km cycle route stretching from Paris to Mont Saint- Michel. The Veloscenic was only my second venture into the wonderful world of electric bikes – and the first for Tamara – and it’s fair to say, cycling will never be the same again for either of us.

It’s an easy and accessible route (and for the most part, fairly flat), with around half its length lying along greenways which are delightfully traffic-free, and the other half lying on shared roads which in general see only light traffic – all of which makes it an excellent introduction to long-distance cycling for families and children. The part of the Veloscenic we’re cycling is the section between Bagnoles-de-l’Orne, in the heart of the Orne département, and Mont Saint-Michel. 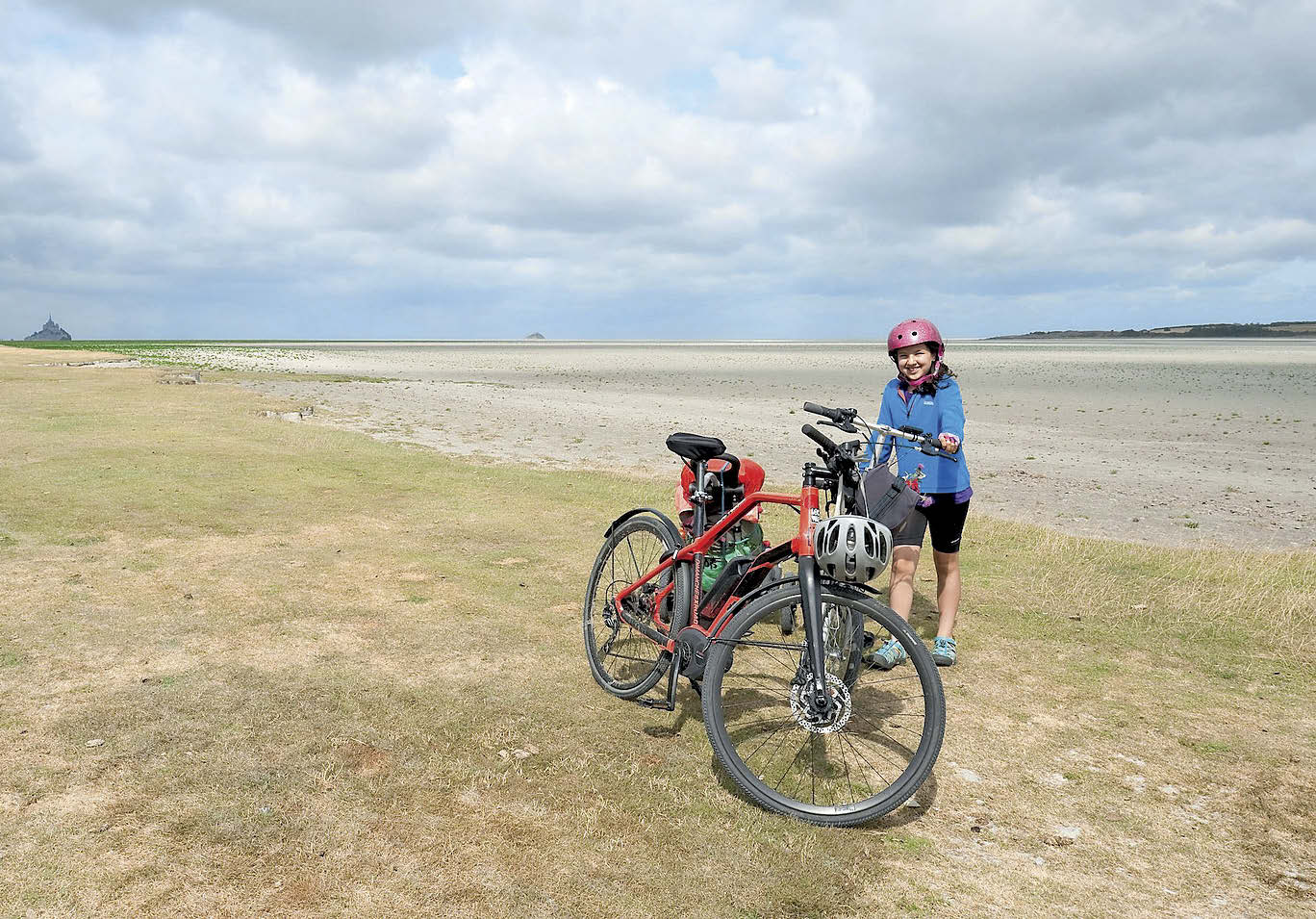 We set out from the bijou spa town of Bagnoles-de-l’Orne, with its large ornamental lake fringed by boardwalks and geraniums, turning left down a 4x4 track about 6km outside town. This leads us to Perrou, from where we continue uphill into the beautiful medieval town of Domfront.

At the far end of Domfront’s compact old town center, perched on a sandstone outcrop, lie the remains of its castle. The ruins of the keep and chapel date back to the 12th century. There are breathtaking views including a slightly craggy adjacent hill where a dragon is supposed to have once lived. Kids can enjoy playing a game of ‘Find Guinevere’, which involves deciphering a series of clues scattered around the castle. It was in Domfront that Henry II, King of England, received the papal legates who had been sent to try and reconcile him with Thomas Becket. 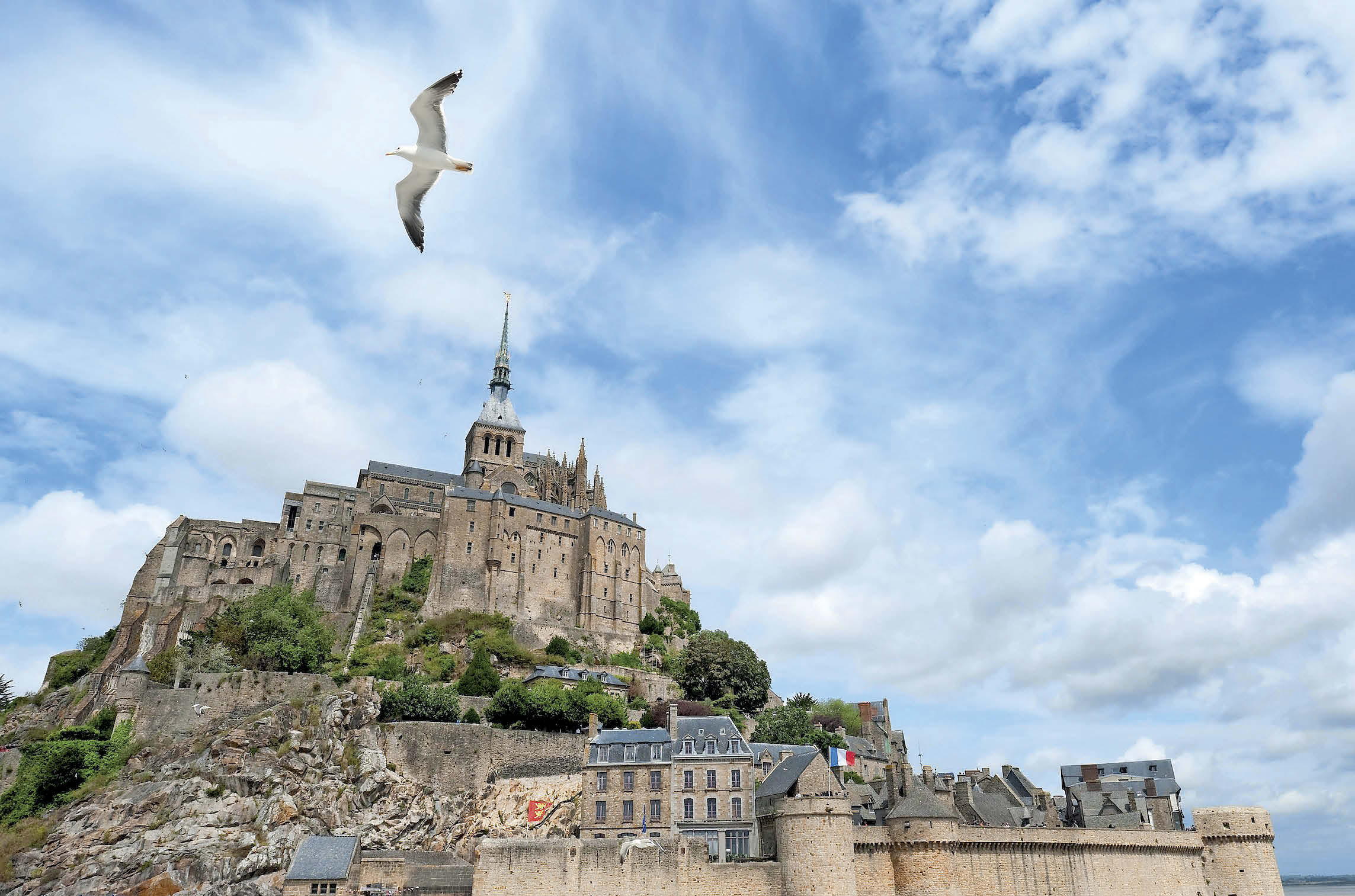