Tomo Koizumi Is The Designer We've All Been Waiting For 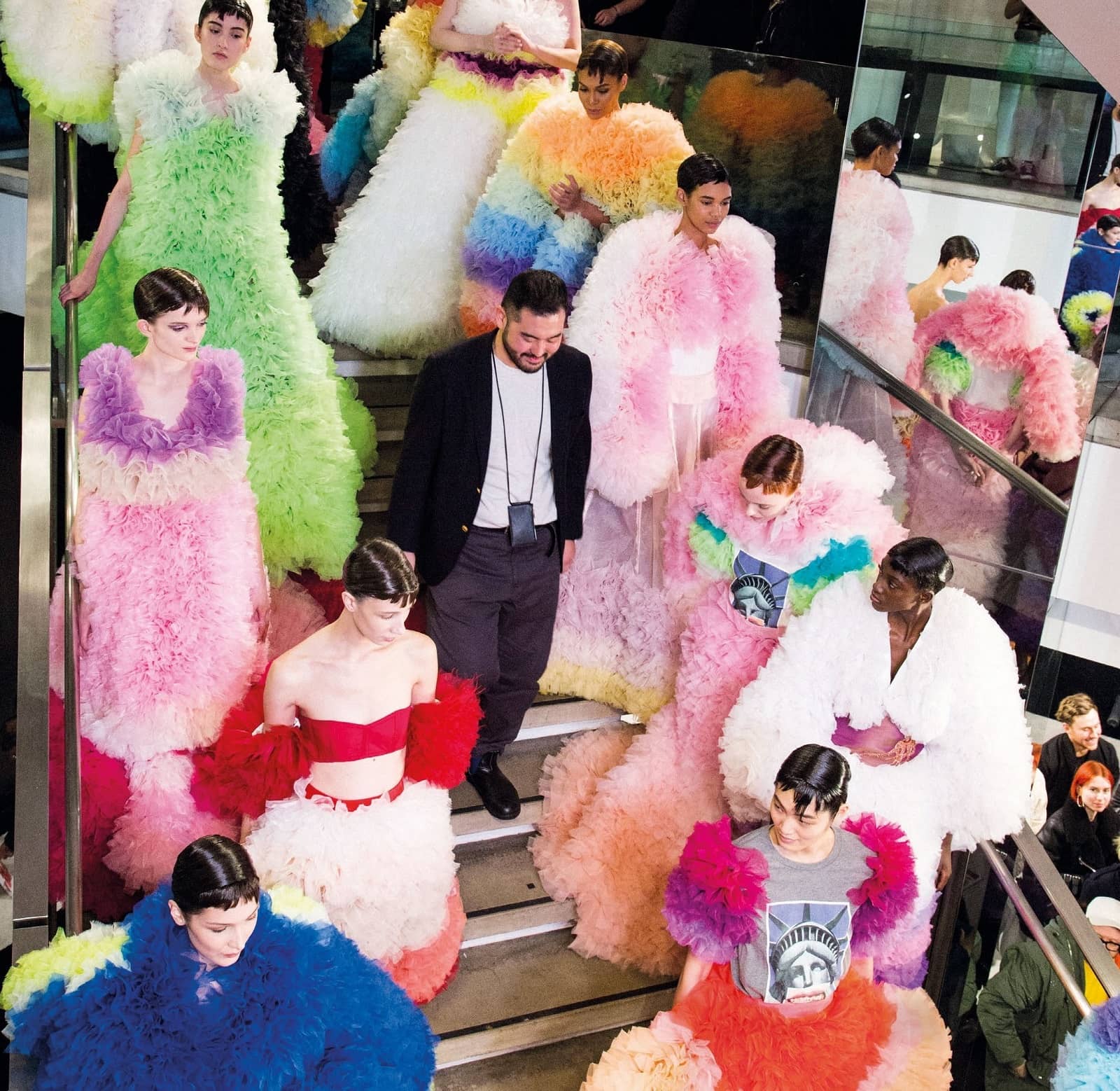 With his fantastic, larger-than life ruffled gowns and even more fantastic insta-success story, Tomo Koizumi is the designer we’ve all been waiting for.

The Tomo Koizumi story is the stuff of modern-day fairy tales – albeit one made possible by the democratic virtues of social media, and that remains quite extraordinary. How he shot from a self-taught designer, unknown beyond his native Japan, to a globally viral fashion phenomenon has been widely documented.

The British designer Giles Deacon had discovered his work on Instagram and shared it with his pal/superstar stylist Katie Grand. Some DMs later, and the 30-year-old Koizumi had his own show at New York F/W ’19 Fashion Week; Grand the digital era Isabella Blow to his manga McQueen.