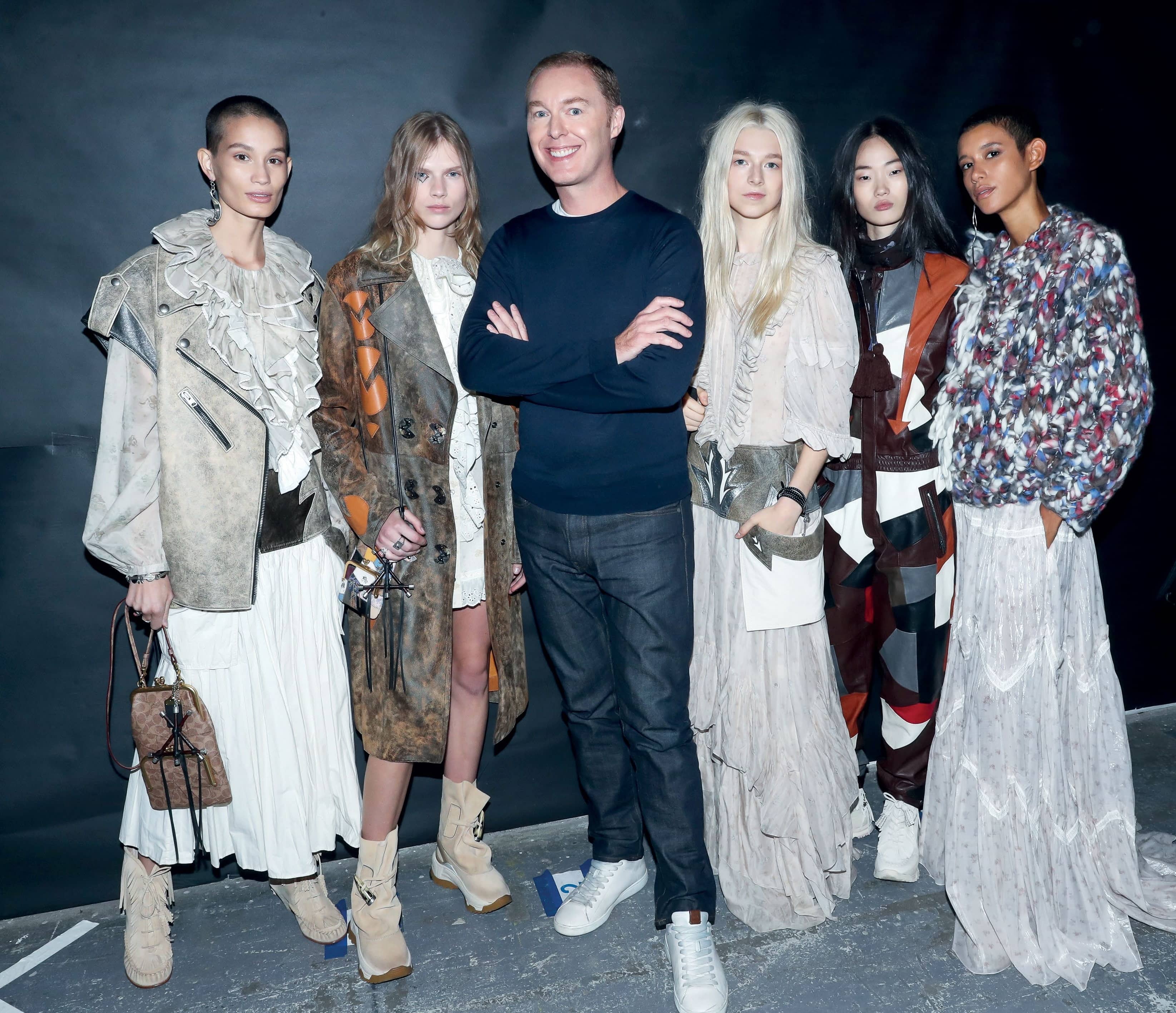 A lot has changed in the Land of the Free since Stuart Vevers revealed his first collection as executive creative director at Coach five years ago. Yes, Trump, but also plenty of shake-ups on the fashion front (some Trumpinduced) that are revealing of the state of American style and, in turn, culture today.

While some of the country’s most well-loved clothing brands have either shuttered or seen once-lauded head designers come and go, a new generation of socially “woke” young names have ignited international buzz with their politically charged shows and collections. Industry veterans who helped define the American sportswear aesthetic have recemented their iconic status with milestone anniversaries, yet it was one supreme skatewear-turned streetwear guru who was given the top menswear prize by the Council of Fashion Designers of America last year.

Through all this, Vevers – British-born, largely UK and Europe trained – has stayed true to the romantic-meets-rebellious, Americana-inflected vision he brought to Coach from day one, building upon it in scale and depth season after season. For S/S ’19, he was inspired by a trip to the mystical Ghost Ranch in Santa Fe, New Mexico – a sprawling dude ranch and famed fossil site that Georgia O’Keeffe not only often painted, but also called home.

It explains the show’s set at New York Fashion Week last September, strewn with the likes of a time- and weather-beaten vintage car and gas pump, and a giant dinosaur sculpture made from antique scrap metal to conjure a post-apocalyptic Wild West. Jurassic reptiles have become something of a house motif under Vevers, and this one has been lovingly christened “Bronty”.