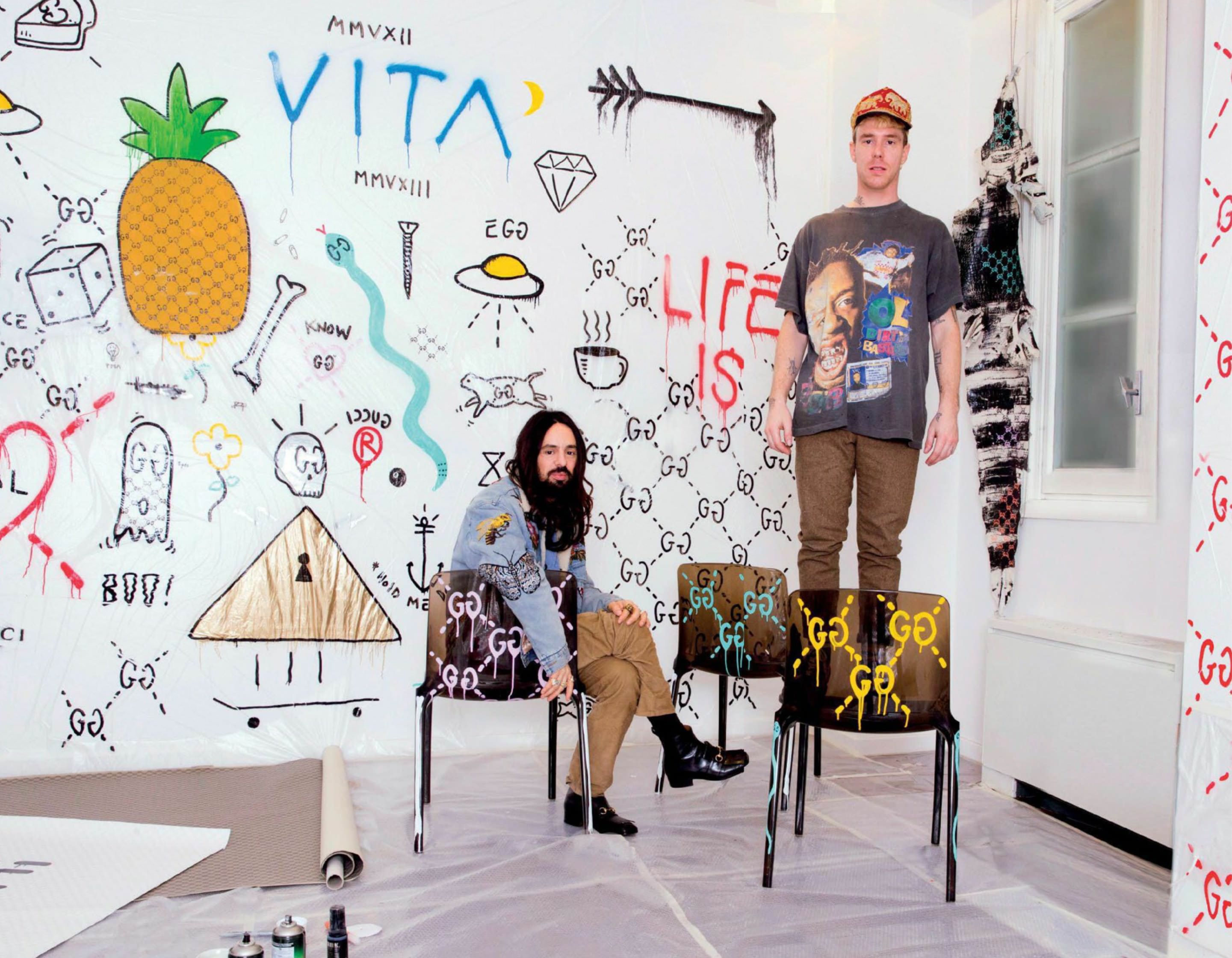 This fall, gucci’s alessandro michele finds an unlikely creative partner in an artist who dauntlessly repurposes the brand’s monogram to give new life to trash. Trevor andrew aka gucci ghost lets noelle loh into his new york studio for an exclusive chat on his unorthodox rise to fashion fame.

I’m in Trevor Andrew’s “Gucci Trap House”, a window-less, dimly lit shop-turned-work space in a sleepy corner of Bed-Stuy, Brooklyn. My seat – originally a nondescript, foldable metal chair – is covered in a hand-painted network of Gucci’s double G monogram and the word “Real”. “Those chairs were here when we found this place – in the trash,” says Andrew, who also goes by the monikers Trouble Andrew and Gucci Ghost. “There was this huge pile in front of this studio, which used to be an old tattoo spot. We transformed it.”

Scruffy, charismatic and surprisingly gentle, he starts an impromptu tour of the other works that fill the room. A wood-framed window hand-splattered with an oversized Gucci monogram in red on our left – “I found that in Paris in the garbage and thought, ‘That’s a sick window’… Canvases are cool, but I think it’s cooler to make that window my canvas.” Further down, a plastic board swathed in the same motif, again DIY style – “This was an old sign and now it’s f**king Gucci. I’m doing a whole collection of these plexis retrieved from the old bodegas around here... The amount of change (in the neighbourhood) since I’ve been here has been crazy, so I’m trying to preserve a piece and make something out of it.”

Ever since he dressed himself in a Gucci monogram-print sheet he found for Halloween three years ago, with two cut-out holes for eyes (it’s how he got his spook of a nickname), the Canadian transplant has made this instantly recognisable creative approach his signature. Everything from boxing gloves to vintage trunks – mostly scavenged from junk – are turned into what seem to be parodies of luxury goods through his lo-fi appropriation of the Italian label’s famous symbol.