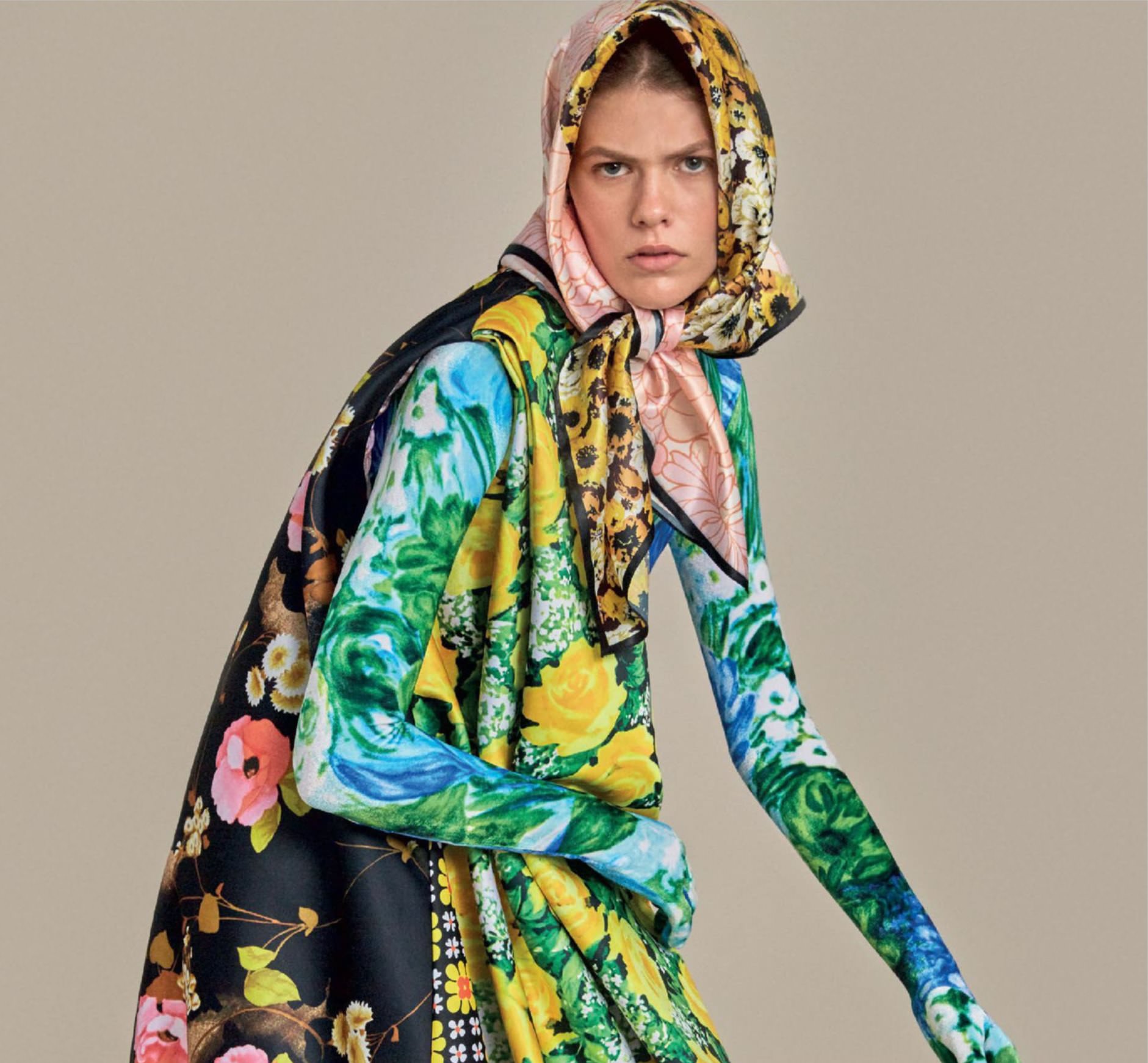 The Next Frontier In Eco-minded Fashion Labels: Anything But Your Beige, Earth-mother Clothes Of Yore That Score Big On Responsibility, But Zilch On Aesthetics. Keng Yang Shuen Rounds Up Six Rising Names Leading The Charge.

What: The two-year-old namesake label that caused a furore at London Fashion Week F/W ’18 in February when Queen Elizabeth II herself turned up at its show.

Fashion factor: You mean, besides getting the approval of the true highness of fashion? The reigning monarch was there to present Quinn with the inaugural Queen Elizabeth II Award for British Design, which recognises an emerging talent for originality, as well as sustainable and community-minded values. Other style icons who have noticed (and worn) the 28-year-old’s work: Lady Gaga and Amal Clooney, their differing tastes hinting at his appeal. His sophomore collection this season – available at Matches Fashion – pushes his signature chintzy chic, wallpaper floral prints to the extreme: contrasting blooms splashed across dresses, puffer coats, and Leigh Bowery-style bodysuits, stockings and face masks – all worn at once. Yet it also shows off his eye for colour, innovativeness (foil evening gowns) and knack for elegant silhouettes like sculptural baby-dolls and diaphanous, knife-pleated maxis.

Eco factor: Quinn creates all of his trademark florals on a digital printer because it not only allows for customisation and works on a wider range of materials (yes, like foil), but also uses 70 per cent less water and 80 per cent less energy than traditional techniques. He also produces everything in his own studio to avoid overproduction – a common problem faced by small independent labels.

What: Launched this February, the London-based label made headlines with its MO: donating exactly the amount of profits as indicated in its name to charity.

Fashion factor: Its slew of no-brainer separates (www.ninetypercent.com) are as ’90s minimalist sexy as they are athleisure chic. Designed by creative director Ben Matthews (above) – who, according to The Telegraph, worked at Net-a-porter for a decade – they range from basic tees to metallic knit polos and toga column dresses. Spare, sophisticated lines mean they’re as suited for a relaxed night out as they are for day wear or layering.