So You Think You Know Baron Geisler 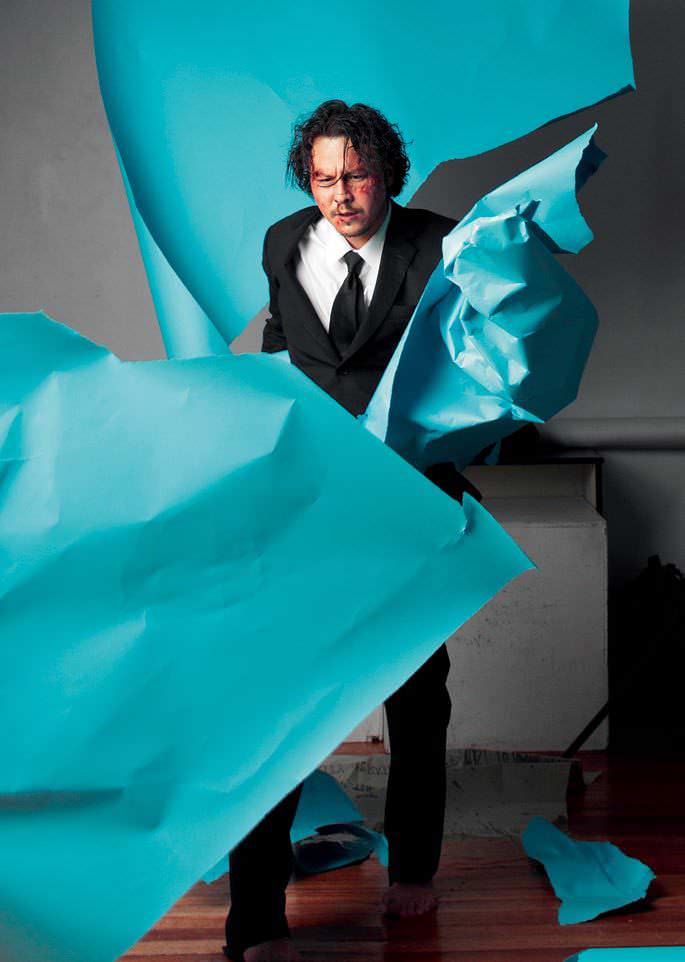 The Controversial Actor describes the Angels and Demons in his Lifelong Arch of Stumble and Stir.

Back when I was a college junior, I had a classmate who wrote a play with Baron Geisler in mind for the lead. It wasn’t some cutesy fifteen-minuter, mind you. It was a full-length piece, in iambic pentameter if I remember correctly, photocopied and bound in garish school zone copy center green. It was encyclopedia-thick and bowling-ball-heavy. No one ever volunteered to read it. I asked the guy why he’d written such a comprehensive story for Geisler, and he didn’t seem to know why himself. I suppose that’s exactly the thing with the actor—we think we understand the extent of his influence, until something new with him comes up and we realize we really don’t.

We fondly remember him as a child star in Ang TV, the kiddie gag show that dominated afternoon television in the ’90s; as Fonzie in the smash teen drama Tabing Ilog; as an excellent actor in a range of movies from the naturalistic indie, Jay, to the comic mainstream Kimmy Dora: Kambal sa Kiyeme. He was a clean-cut youngster, so we think he’s one of us. But that’s the thinking that often leads to disillusion. Jennifer Lawrence is an awkward girl next door? The Fappening. Lionel Messi is a kid who didn’t let poverty get in the way of his passion? The Panama Papers.

And so with Geisler: time passes, and suddenly he is the stuff of scandal. We fickle observers now feasting on news about sexual harassment, lawsuits, and repeat stays in rehab. There are the memes, often viral, but rarely with context, and in them, Geisler is almost always in medias res. He’s screaming for a fight but the camera doesn’t show us with whom. He’s wearing betlog shorts,but there is no story to the caption. He’s got someone in a headlock or he’s eating a sucker punch, but there is little to indicate how it got there.

Which brings us to the beginning. Born Baron Frederick von Geisler, his German grandparents migrated to Chicago in the United States shortly before the outbreak of World War II. His father, Donald David Geisler, ran away from home in his middle teens, originally for Japan. “Gusto kasi niya ng mga Haponesa,” the younger Geisler laughs as he tells me. The elder Geisler ended up here, however, where he met and married Gracia Bayonito, then an insurance firm manager in Makati.

Donald Geisler later served in the Korean War under the 7th Infantry Division. He was injured, received a Purple Heart, and returned to relocate to Angeles in Pampanga with Gracia.

As one can imagine, the young family faced the usual problems in a place with the body politics of Angeles. “Kaya maangas ang daddy ko kapag may nangbabastos kay mommy,” Geisler says. The veteran would grab the cat caller by the collar, hoist him off his feet, and, if the offender was a serviceman, rip off his stripes.

They weren’t very well-off, so the Geisler kids, Baron, Grace, and Donnie, were ashamed of their father’s clunkers, a green 1953 Pontiac and a circa ‘70s Volkswagen Combi; kids at school called both D2, for detulak. Later on as teens, Grace would be ostracized for her choice of rock music at a time of synthy pop, while the boys would get into frequent fights. “Three kids versus me, minsan,” Geisler says. “Galit sila sa aming mga mongrels. But I’d really beat them up. And Donnie would be proud of me.”