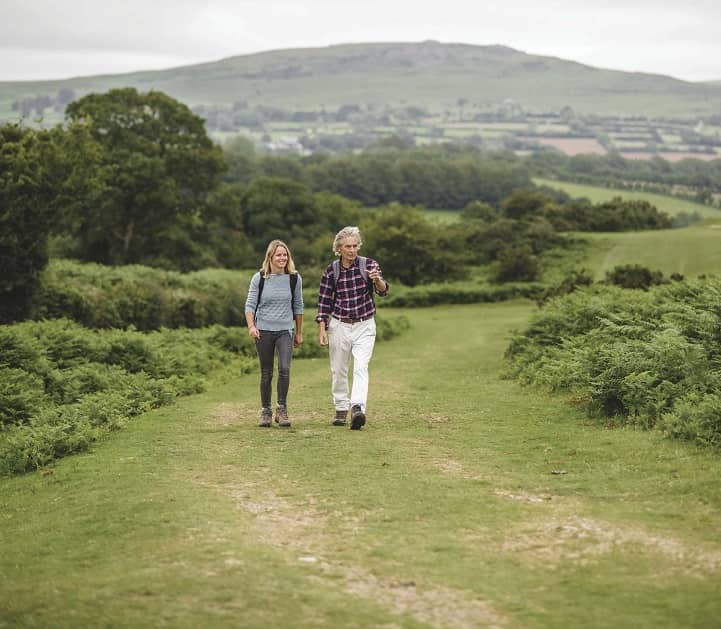 Retired policeman Peter Evans, 78, has clocked up more than 50,000 miles in the 24 years he’s been enjoying his daily walk across Dartmoor. CHRISSY HARRIS joined him (and just about kept up)

At first glance, it looks as though the tracks in the grass and pathways through gorse bushes on moorland near Down Road, Tavistock, were made by sheep. “But they’re probably made by me,” says Peter Evans. “I’ve been doing this route for that long.”

At around 9.30 am, six days a week, retired police inspector Peter steps out of his front door and walks seven miles across Dartmoor, towards Pew Tor along Plaster Down, Whitchurch Down and back home again.

He’s done it for 24 years, rain or shine, building up an encyclopaedic knowledge of this stunning landscape, which has recently inspired him to write short stories and poetry.

Peter, known affectionately around here as the ‘walking policeman’ usually heads out alone, enjoying the peace and solitude of this beautiful part of Dartmoor. But not today.

“You’re the first person that’s walked this way with me,” says Peter. “It’s nice to have company.” I don’t think he’s pretending, so we set off – at quite a pace. 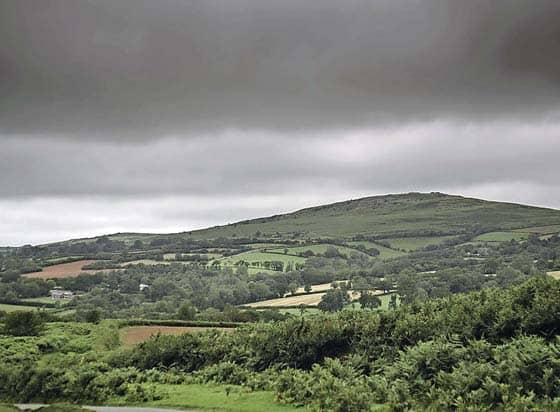 Peter is 78 years old but whippet thin and fit as a fiddle. He doesn’t stop for snacks or tea (I have both in my rucksack) and he likes to try to do his seven miles in two hours.

Peter began his daily Dartmoor trek in 1996 when he retired from Avon and Somerset Constabulary. During his 30-year career, he worked his way up to inspector in Bristol city centre and later became a course commander at the Police District Training Centre, at Chantmarle, Dorset. He then returned to Bristol to work in training and community affairs.

Before he joined the police, Peter was in the RAF, became a pre-nursing cadet in Plymouth (where he met Hazel), ran a carpet shop in Torquay and worked as a radar engineer in Chelmsford.

But in 1991, he suffered an appalling knee injury when he fell out of a loft hatch at home. After months of intense treatment, Peter and wife Hazel moved back to Tavistock, where Peter was born and raised. He was determined to overcome his injury and decided to use Dartmoor as his therapy.

“If I didn’t do this, it would be a nightmare for me,” says Peter, explaining how walking has helped to strengthen his knee and his mind.