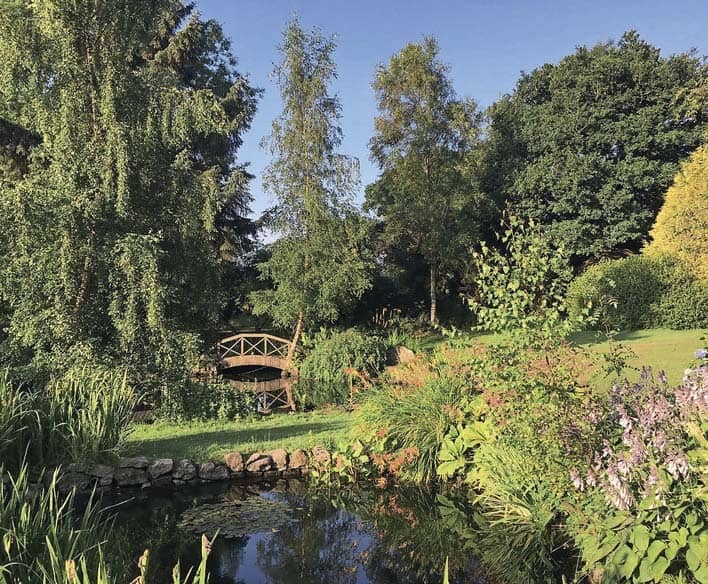 Garden visits as part of the National Gardens Scheme have been on hold, but some Devon gardens have tentatively been reopening and raising much needed funds for charity, discovers CATHERINE COURTENAY

People have been spending more time in their gardens, nurturing plants, growing vegetables, and watching wildlife. Gardening was one of the most popular activities during the lockdown, although due to safety reasons, no one was able to go out and visit public or ‘open’ gardens.

That was a shame for one open garden scheme because it would normally raise thousands of pounds for nursing and care charities.

The National Garden Scheme, well-known for its yellow NGS ‘open garden’ signs that appear across the country every year, has raised over £17 million for Macmillan in the last 35 years and £10 million over 25 years for Marie Curie.

The NGS scheme in Devon alone has raised over a million pounds in six years, with the 2019 total standing at £191,000.

Early on in lockdown, the NGS offered virtual tours of gardens on its website, but as soon as restrictions were eased, some gardens did manage to open to the public, with pre-booking online and social distancing measures in place.

One of the first in the country to open in this way was Little Ash Bungalow at Fenny Bridges, which is owned by Helen and Brian Brown.

The one-and-a-half acre garden is filled with herbaceous perennials, shrubs and trees and along with the colorful borders has natural areas including a stream, pond, and woodland garden as well as sections devoted to wildflower meadows.

It opens every year, at the end of May and again in August. It had looked like the late May date was out of the question, but then restrictions were eased, a cautious go-ahead was given by the NGS and Helen took the plunge, opening on Tuesday 2 June.

“We had an email to say it was going to be possible, so I volunteered,” she says. “The garden was looking good and I was so aware that all those nursing charities had been missing out.”