Toddbrook dam ONE YEAR ON 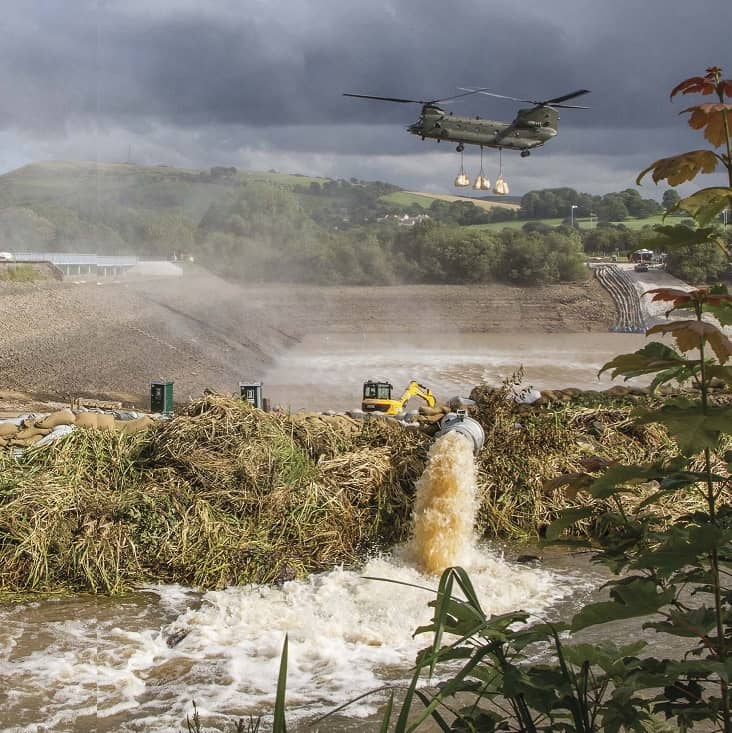 It is one year since storms struck with such ferocity that the dam at Toddbrook Reservoir above Whaley Bridge cracked and threatened to break, an event which would have spilled over 300 million gallons of water into the valley and destroyed everything in its path.

It resulted in what was described by Rachel Swann, Deputy Chief Constable of Derbyshire Police, as ‘the largest peacetime evacuations of civilians in the UK’. The Cabinet Office’s COBRA met, SAGE were called to offer expert scientific advice (Scientific Advisory Group for Emergencies) and the Civil Contingencies Act designed to give powers to cope with national emergencies swung into operation.

The response in dealing with the crisis and the logistical challenge of draining the reservoir down an already full River Goyt to take the pressure off the dam wall while further storms threatened is now written with gratitude into the annals of Whaley Bridge history.

So too is the response of the community itself, as 1,500 residents had to evacuate, leaving only with what they could carry, while the chinook helicopter flew low overhead, carrying in ballast to drop into the hole that had opened up in the dam wall.

I covered the aftermath for Derbyshire Life, after the world’s media circus had moved on.

It’s a journalistic cliche to talk of ‘closely-knit communities’ and communities rallying round, but in the case of Whaley Bridge, it was a most extraordinary response. At the time I interviewed Father Jamie MacLeod, of Whaley Hall, a religious retreat just above the dam wall. It was he who first discovered the wall was starting to crack and alerted the village by ringing out an SOS on the chapel bell. Whaley Hall became a hub for volunteers providing food and drink to the emergency workers based at the sailing club below.

He had spoken movingly about his own and the villagers’ response and I thought it interesting to speak a year on, to see how the perspective of time had affected him.

I also thought it would be interesting to speak to one of the engineer's pressure most of us can barely imagine. These people are often the unsung heroes, their stories not often told - we’re usually given slick, prepared lines by communication professionals. In this instance, the Environment Agency let me speak to Chris Wilson, Flood Operations Manager for Greater Manchester, Merseyside, and Cheshire, who ran the Environment Agency’s role in the multi-agency response. 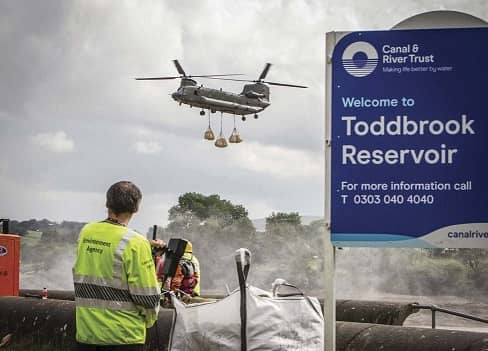 Working on these stories and speaking to those involved is like putting together a jigsaw. Sometimes, two pieces that may not obviously be a good fit can ring true and belong together. Here is one piece of the jigsaw:

While speaking to Chris, I remarked how incredibly well the different agencies had worked together in unique circumstances. He surprised me by revealing these agencies had rehearsed such a scenario two summers previously, on Dovestone Reservoir, right down to the emergency services being involved, including the military and the chinook helicopter.