Holding on to CLEAR BLUE WATER 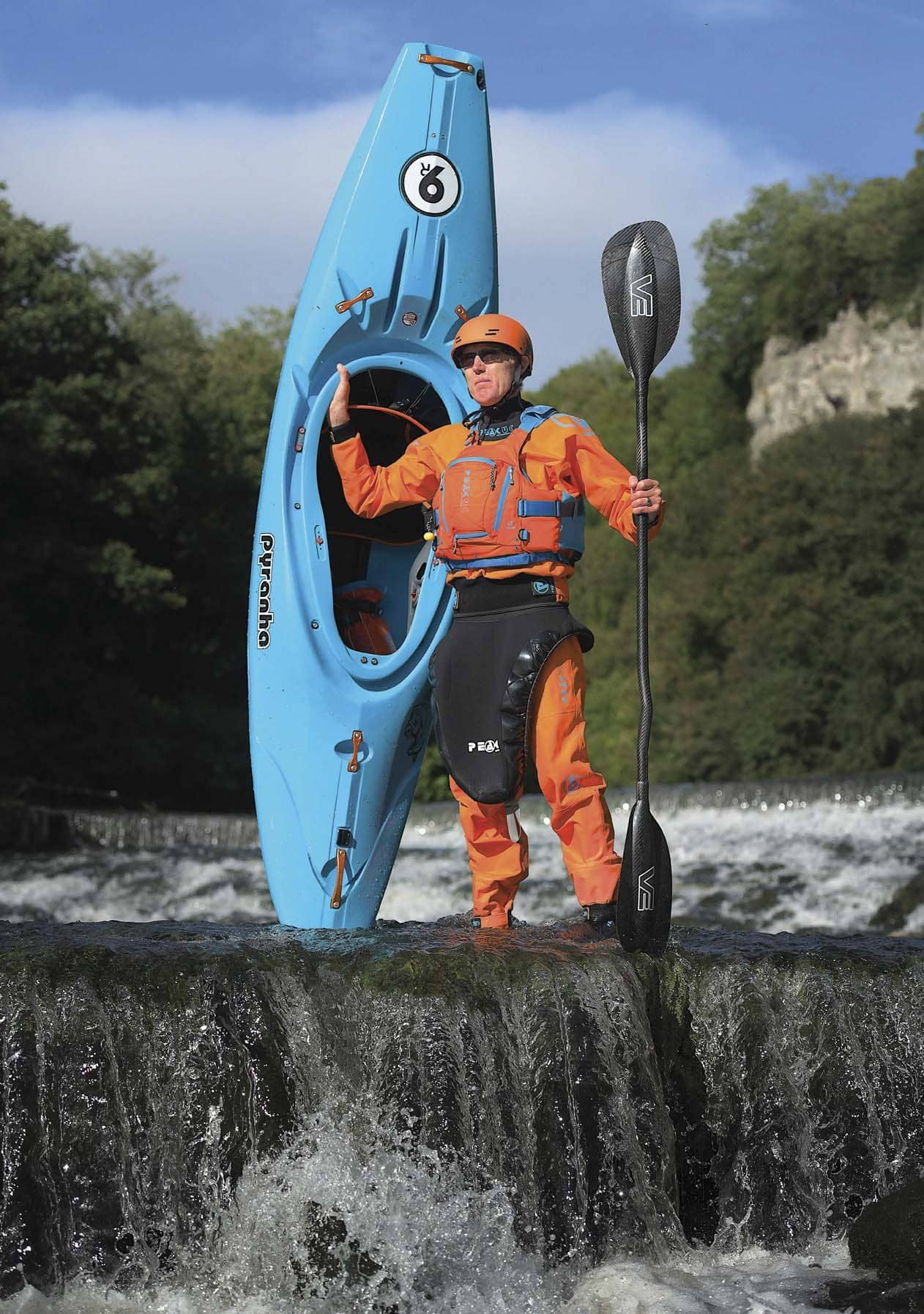 Andrew Griffiths wades into the Darley Dale headquarters of Peak UK, an award-winning kayaking equipment designer, and manufacturer, to find out the secrets of its success

When Joe Clarke crossed the finishing line to take the gold medal in the 2016 Rio Olympics for canoe slalom, the crescendo of emotion unleashed had many strands. First there was the athlete’s, whose years of training and dedication had brought together a blend of natural talent and application to achieve the ultimate goal: Olympic gold. Then there was the great surge of pride those of us watching at home felt in our nation. We were all winners that day, experiencing that elusive ‘feel-good factor’ that makes us part of another’s an achievement.

However, there was one person who probably thought he had more of a stake in Joe’s success than most: Pete Astles, founder of Peak UK, an award-winning design and manufacturing company that specializes in paddlesport clothing and equipment. Not only had Pete’s company supplied Team GB’s kit – something he’d already done for London 2012 – for Rio they’d also created a new buoyancy device. By putting the buoyancy material between the athlete’s legs, it gave the competitor’s upper torso greater freedom, allowing them to make tighter turns around the gates in the canoe slalom.

When world-class athletes are at the top of their game and trained to within an inch of their lives, the one who comes out on top is the one who can make marginal gains. Joe Clarke beat his nearest rival by 0.17 of a second to take that gold. Pete Astles’ low slung buoyancy jacket has earned him the right to have at least a quick polish of that medal.

‘It was a completely secret project until that point,’ Pete tells me, as he shows me the jacket hanging on the wall of the design studio when I visited Peak UK’s headquarters in Darley Dale. Now, Pete is looking to supply every nation in the canoe slalom events for the upcoming Olympics. Such is evolution, and the search is on for the next ‘marginal gain’. 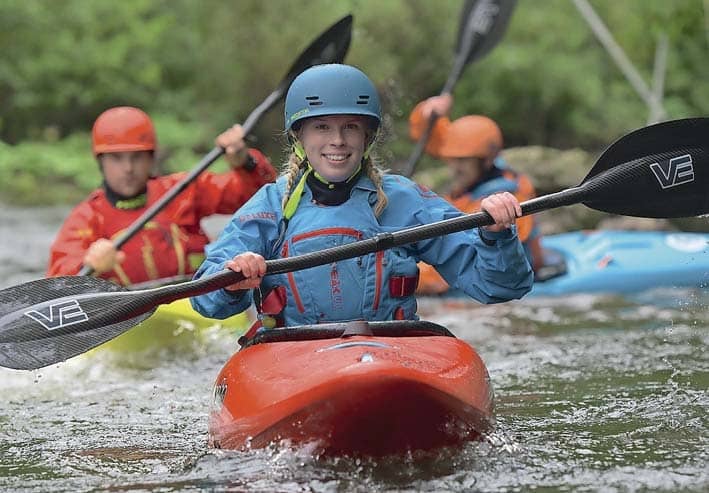 Pete’s journey – or perhaps that should be ‘paddle along the river’ – has been an interesting one. He started the business when a student, making clothing in his spare time from a friend’s back bedroom. The company now turns over £1.75m, employs ten people in Derbyshire, and 50,000–60,000 garments a year pass through this Darley Dale warehouse. Fifty per cent of sales are to the UK, 40 per cent to Europe and 10 per cent to the rest of the world. The business is ‘bursting at the seams’ according to Pete, and at the time of visiting, the only thing preventing expansion was Brexit uncertainty. Paddlesports is riding a wave.

Pete is a keen canoeist himself and competed at national junior level. Like many a serious paddlesport enthusiast in the early 1990s, he made his way to Nottingham, where they had built white water facilities so the dedicated canoeist could train seven days a week. To fund himself, Pete got a job in the local Kayak shop, but ‘the gear we sold didn’t follow any kind of fashion, the fabrics we sold weren’t very technical, or breathable.’