From CYCLE RACING to UPCYCLING 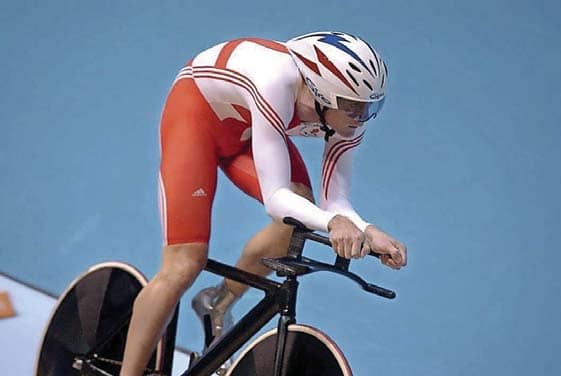 How do you follow up a 27-year career as a leading member of Britain’s highly successful cycling squads? As I discovered when I visited Rob Hayles at his Peak District cottage in the foothills of Kinder Scout, the triple Olympic medal winner and British Road Racing Champion has come up with several answers to this question, including one project that is particularly unusual and highly creative.

Before taking up cycling as a full-time occupation, Rob had served an engineering apprenticeship near his home town of Portsmouth. During his cycling career he had also become proficient at carrying out cycle repairs and modifications, including altering the shape of the handlebars on his racing machine. Using the skills he had acquired whilst working with the various materials employed in the manufacture of racing bikes, such as carbon fibre, titanium and steel, he came up with the idea of ‘upcycling’ these substances to produce bespoke jewellery. 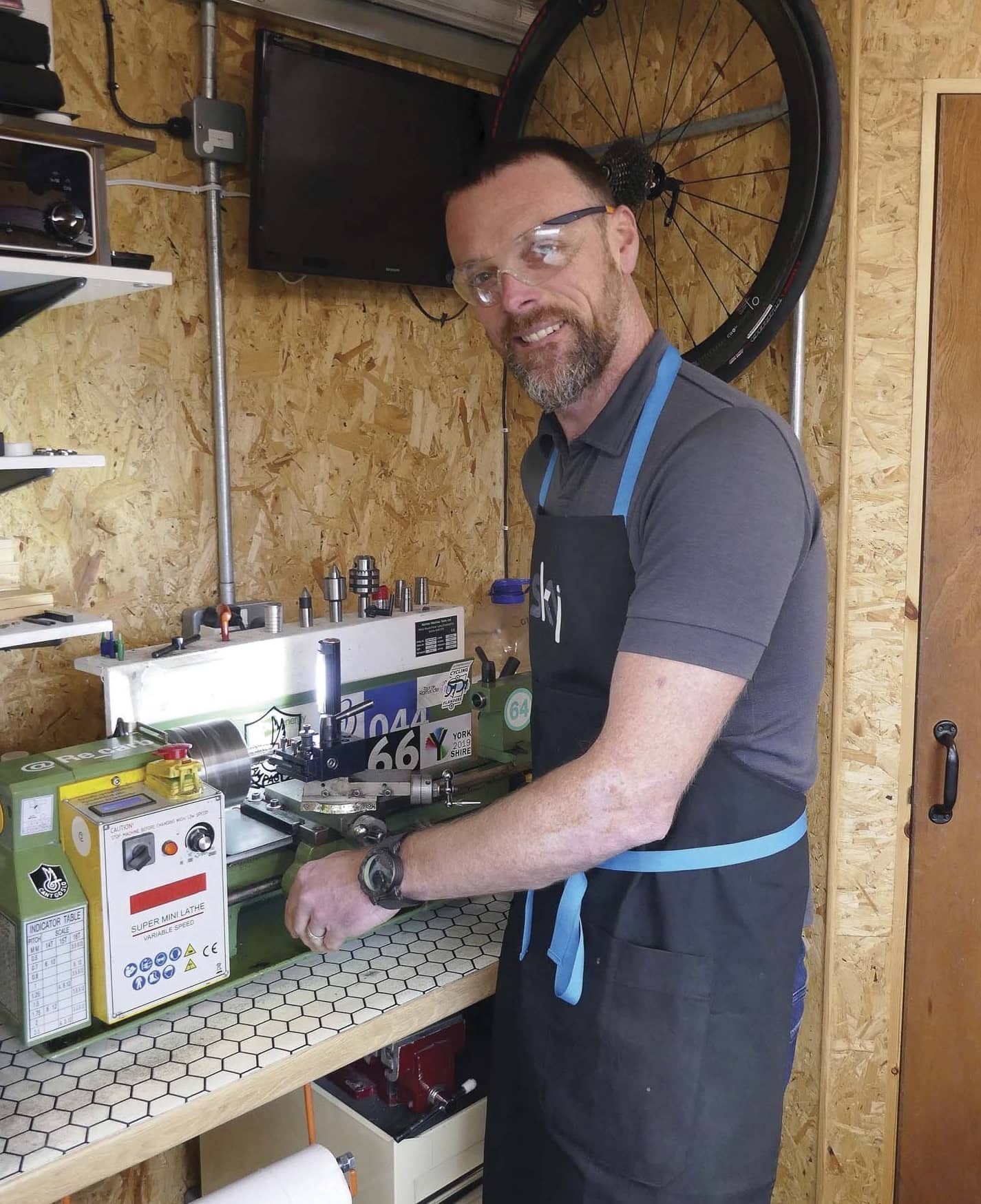 Trialling his idea in the small workshop in the grounds of his cottage, his first efforts included various key rings and an all-black carbon fibre watch. He even made paperweights using wood he had salvaged when the Manchester Velodrome was resurfaced. Each paperweight sits at an angle of 42 degrees to correspond with the banking in the velodrome and features coloured stripes inspired by various markings on the track.

Emboldened by these first attempts, Rob has come up with some very clever ideas for making cycling-inspired costume jewellery, which he is marketing as ‘Carbon Concepts.’ A ring which he dubs ‘Toxic Swamp’ is made from scrap titanium offcuts and is cast in a special resin that magically comes alive after dark, producing dazzling coloured effects. He has packaged a carbon fibre ring in a neat case made from a cycle-steering tube and he has made a striking ball-bearing inspired ring coated in blue resin which incorporates a dozen glowing tritium phials. Another of his distinctive products is a ‘spinner ring’, also known as an anxiety ring, made from titanium and bronze.