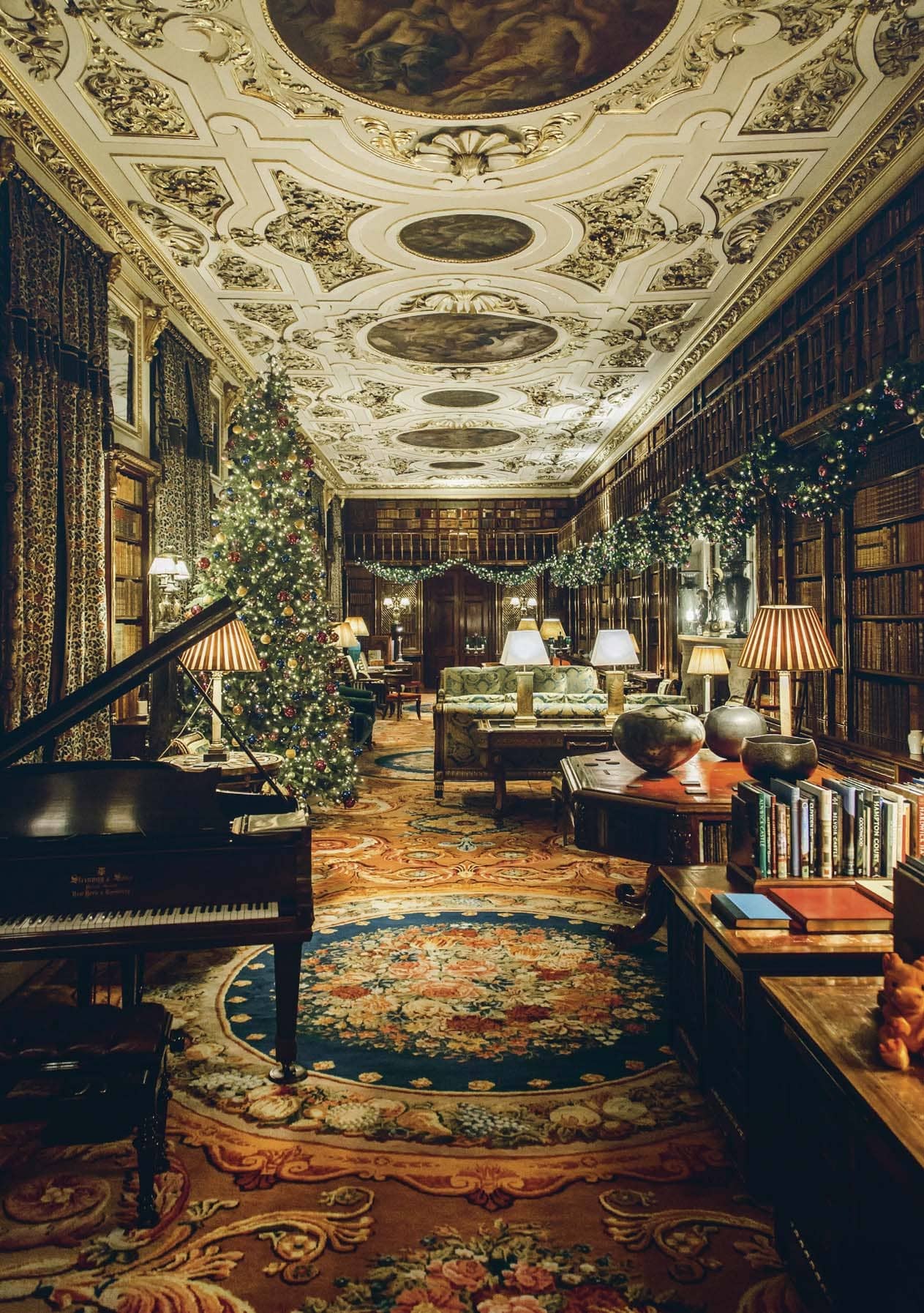 Derbyshire is fortunate to have many stunning historic houses where the festive season can truly come alive. Here is a round-up of what they have planned for this Christmas

This year Chatsworth is taking visitors on a magical and fascinating trip around the world – a chance to explore far away lands without leaving Derbyshire.

The theme is set from the moment you enter the marquee before the north entrance hall as your journey begins with the unmistakable sounds of travel – doors slamming, the whistle of a steam train and cars revving. Clouds float above, with balloons and aeroplanes, at the far end a miniature caravan sits in a snow scene with twinkly lights and table set for Christmas dinner, and the journey begins...

The responsibility for Christmas at Chatsworth falls on the shoulders of Head Housekeeper Janet Bitton and her staff. A core team of six members of staff creates the themed tour that has been delighting thousands of visitors every year since 2001 – for the last two years, visitor numbers have reached the 200,000 mark. Textile Department Supervisor Susie Stokoe takes on the bulk of the design work and other members of staff from different household teams help as required.

When Janet spoke to me a 10-meter spiraling Chinese paper dragon had just been successfully hung over the Oak Stairs and finishing touches had still to be added to this year’s profusion of decorated trees. Each room has been themed around a different country and where the Dukes and Duchesses of Devonshire throughout the ages have traveled, their insights, anecdotes, and mementos accompany the displays. The first port of call is Venice, where the 5th Duke sent his son on the Grand Tour to study art. The colors and beauty of Venetian glass are highlighted before you stray around the corner and into a sparkling white Switzerland where a 24-paned window creates an illustrated advent calendar.

Then the Chapel Corridor, which has become a Canadian tunnel of glorious red and gold foliage, leading you first into the baroque Chapel, graced with floating candles, mirrors, a magnificent Nativity Scene by Spanish artist Murillo and an amazing 24ft tree, and on through fabric-and-lantern-rich Morocco in the Oak Room. Then it’s back to Canada before entering The Grotto and the spice colors of India. The spectacular Painted Hall has been decorated with traditional Russia in mind – a gigantic fir tree takes pride of place with rustic stars and a sleigh where visitors can take photographs. (There’s a chance to dress up and take your photograph later on, too.) 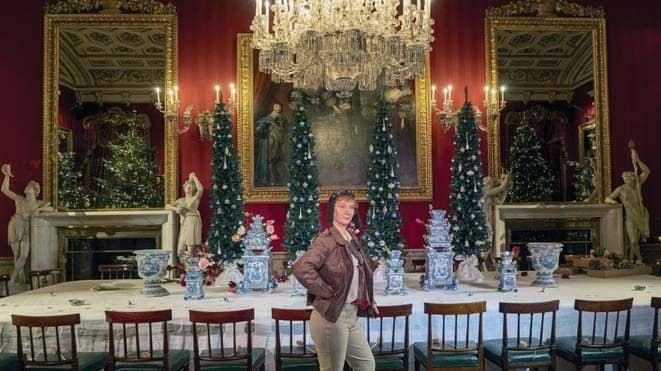 The Far East beckons up the grand staircase as the Great Chamber fades from the red of Russia to the pink of cherry blossom and Japan. Chatsworth’s Wishing Trees are next. Writing your wish on a card and attaching it to the tree has for many people become a much-loved tradition on their annual visit to Chatsworth – last year, Janet says, she ordered 14,000 cards and they were all used! However, China beckons, an easy choice given the hand-painted Chinese wallpaper, says Janet, and accompanied by ‘Porcelain, paper dragons, bamboo, with parasols and loads of silk lanterns hanging from the ceiling and down the corridor’.

Downstairs again, the Ante Library is themed around the red, white and blue of the USA, with archive material relating to the Kennedys, while the resplendent Great Dining Room is laid out as a blue-and-white celebration of Holland.

The tour comes to a mellow end back in the Nordic countries – the home of Father Christmas after all – with a forest of ten trees gracing the Sculpture Gallery, the colors of the Northern Lights above and a chance to reflect on the meaning of Christmas.