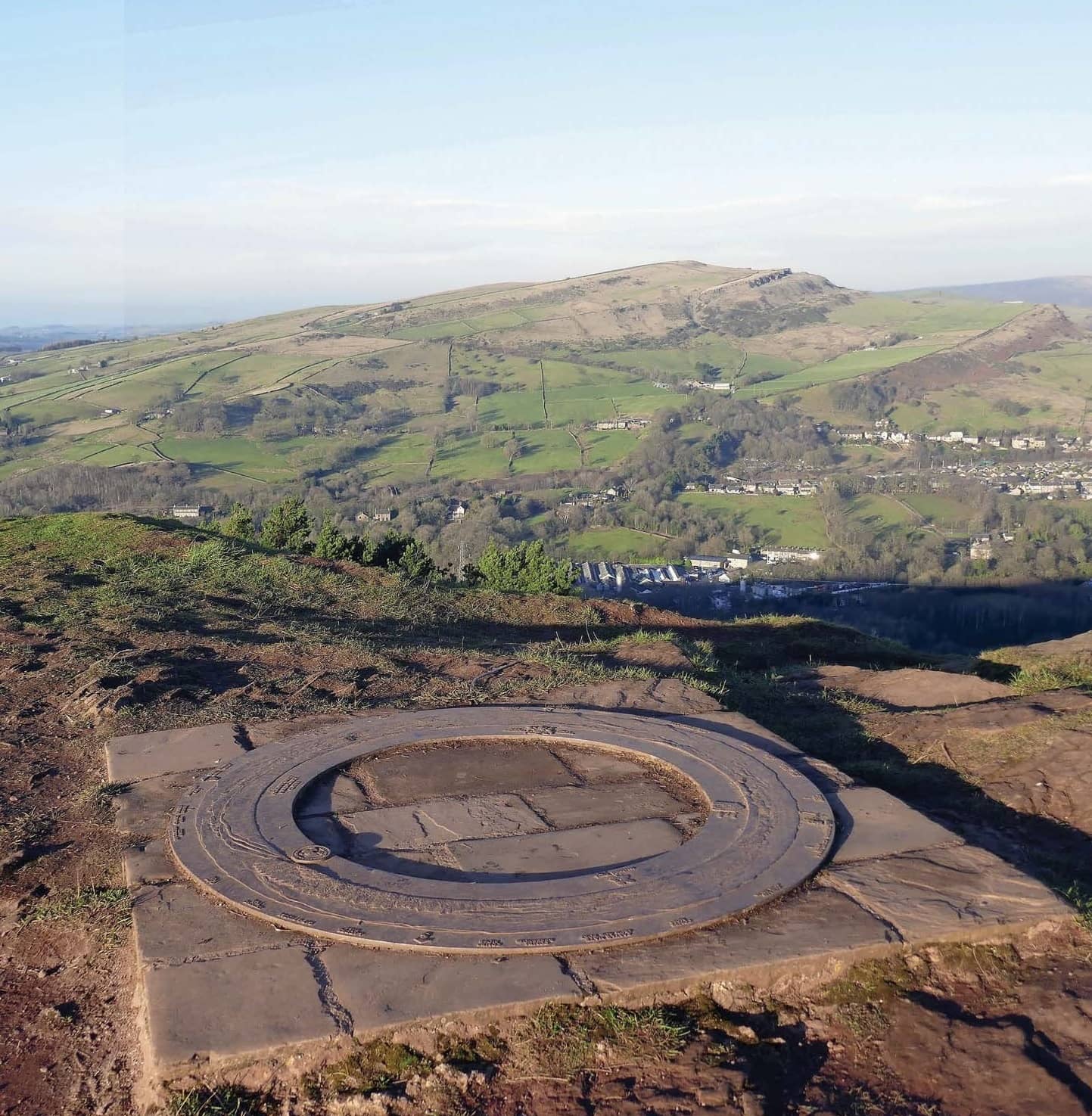 Mike Smith
Located 1.5 miles to the west of Chapel-en-le-Frith, Eccles Pike is a conical hill that rises to 1,210 ft from the center of a wide upland bowl. Inscriptions on the circumference of a topograph set into the distinctive pink-colored rocks on its summit identify all the features in the magnificent 360° panorama visible from this much-loved beauty spot and vantage point.

The southern horizon of the panorama is defined by Combs Moss, a high ridge whose contours are reminiscent of Cape Town’s Table Mountain; the view to the west takes in Axe Edge, the last great hill of the Pennines; peaks on the eastern horizon include Mount Famine and South Head, two prominences on the rim of the Kinder Scout plateau; and the northern horizon consists of the tilted strata of Cracken Edge and the bulky outline of Chinley

Churn. The summit of the Churn seems to be a stone’s throw away when viewed from the summit of Eccles Pike, but is separated from it by the Blackbrook Valley, wherein nestle the hamlet of Whitehough and village of Chinley.

The summit of Eccles Pike is served by a small car park located on Eccles Road, a narrow lane whose sunken carriageway indicates its former use as a drovers’ road. A journey down this ancient route terminates at a junction where a left turn gives access to Whitehough Head Lane and the approach to Whitehough, where visitors are greeted by the slogan ‘Pax Vobiscum’ on the village well.

This pretty High Peak hamlet sits in a deep, cosy hollow, where old cottages cluster around a beautiful triple-gabled Elizabethan hall lit by an array of wide mullioned windows. One of the hall’s rooms, which is overlooked by a minstrel’s gallery, opens up into the adjacent Old Hall Inn and forms part of the inn’s busy dining area, where a wide choice of locally-sourced and home-cooked food is served. Accounting for the inn’s great popularity, general manager Daniel Capper says, ‘We always aim to make everyone feel at home, whether they are locals or visitors. The Old Hall is a classic British country pub, where we work hard to preserve the atmosphere of a traditional ale house.’