A walk back through time 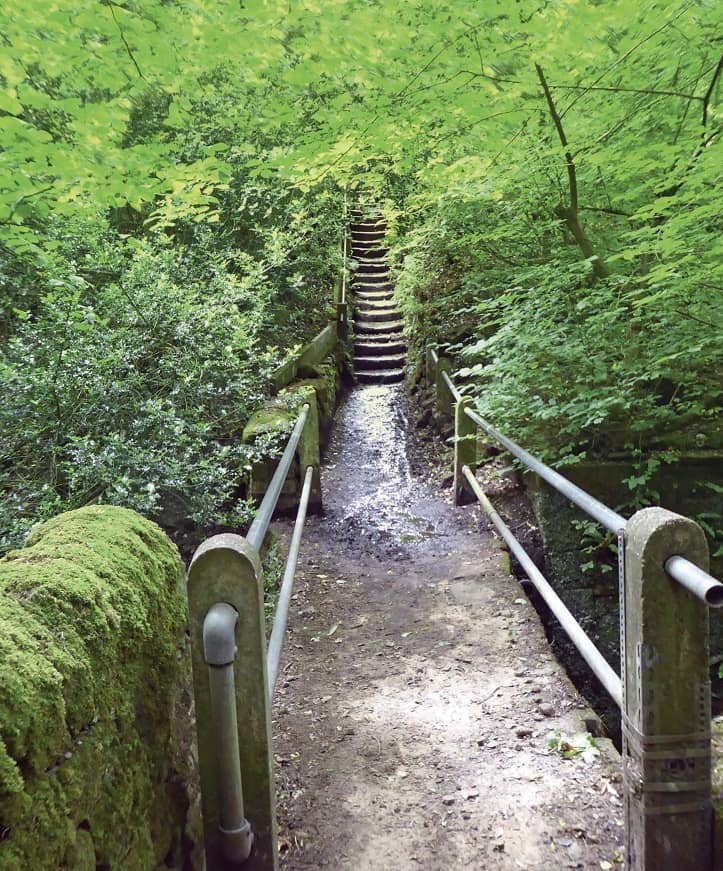 It’s a place of gentle beauty, where clusters of inky green woodlands lie in dips and darken buttery meadows. Within this undulating landscape, you’ll find villages of weathered stone spread out across uplands and tucked into the folds of high hedged lanes. It’s hard to imagine this tranquil corner of Derbyshire was once a hotbed of political intrigue and revolutionary fervor.

Return to the past to follow in the footsteps of saintly Florence Nightingale and would-be assassin Anthony Babington to the idyllic hamlet of Dethick. Turn the corner of a South Wingfield lane to see the ghostly ruins of Wingfield Manor, where a plot to rescue Mary Queen of Scots was foiled. Follow the Pentrich Revolution Trail, a story of ardent laborers, who rose up against their rulers with pikes, scythes, and guns in England’s last attempted revolution. 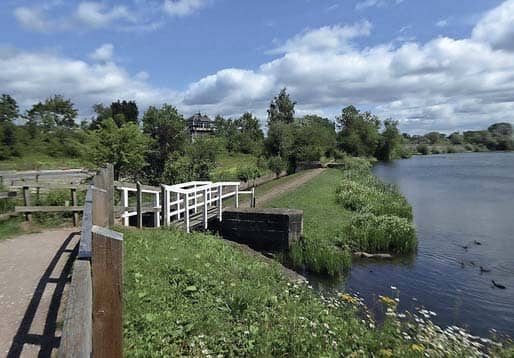 Almost opposite the playground at Lea village, a signpost points to a weedy path that disappears into dank woodland. Steps drop steeply to a burbling brook then climb to Swinepark Wood. Here, tall sycamores and Scots pine vie for the skyline in an underwood of holly and rhododendrons. Over a stile, a wide grassy path heads through meadows to Dethick. The path dips then rises, and suddenly St John the Baptist Church comes into view.

As I walk towards the medieval church with its little lantern tower, I imagine Florence Nightingale, who spent the summer months at Lea Hurst, walking this very same path to the church, her long skirts swishing through the clover.

In COVID-free times, the key of the church can be picked up from the dairy at Manor Farm. Built by Sir Charles Dethick, the first lord of the manor in 1279 as a private place of worship, the church and manor eventually fell into the hands of the Babington family. They raised the roof of the St John the Baptist church around 1530, adding clerestory windows and the charming lantern tower. The manor house is gone, replaced by three farms, but a 16th Century barn remains with the Babington Coat of Arms, while Manor Farm contains the original fireplace and oak beams of the fine country house.

In this blissful place of handsome farm dwellings and gardens of climbing roses, it’s hard to believe Babington plotted to murder Elizabeth I while scheming to free Mary Queen of Scots. The squire might have anticipated his gruesome end for the name of this bucolic hamlet means Death Oak. His part in the plot uncovered, Babington was carted off to London to be hanged, drawn, and quartered, his body parts displayed in the streets as a warning.