You got the fear 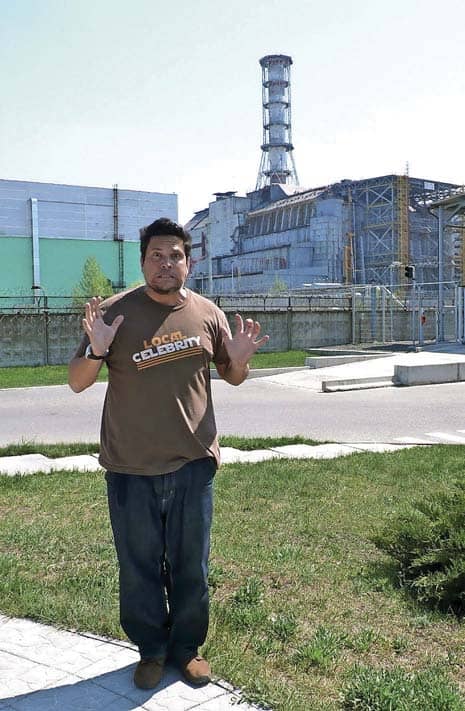 ‘Back home in lockdown, I feel an urge to cough but try to supress it as though I can repel early virus symptoms away using the power of my mind’

It’s interesting that Trump started calling the virus The Invisible Enemy because that was the term Ukrainians use to describe the radiation when you visited Chernobyl.

I went there in 2009. It was my first real taste of not being able to gauge danger properly for myself. I’d been in danger before - running into the house in Lebanon as rockets landed in the garden, the sick panicky feeling as our car approached an armed roadblock, the rising sound of gunfire coming up the hill from Beirut. But that was when I was young and not making my own decisions. As a grown up, travelling to dodgy places, which I’ve done a lot, I can decide how far to push things. Danger is usually a tangible concept the weather is bad, too many men with guns, the streets suddenly get empty. In Chernobyl, however, as now in the UK, it was very different.