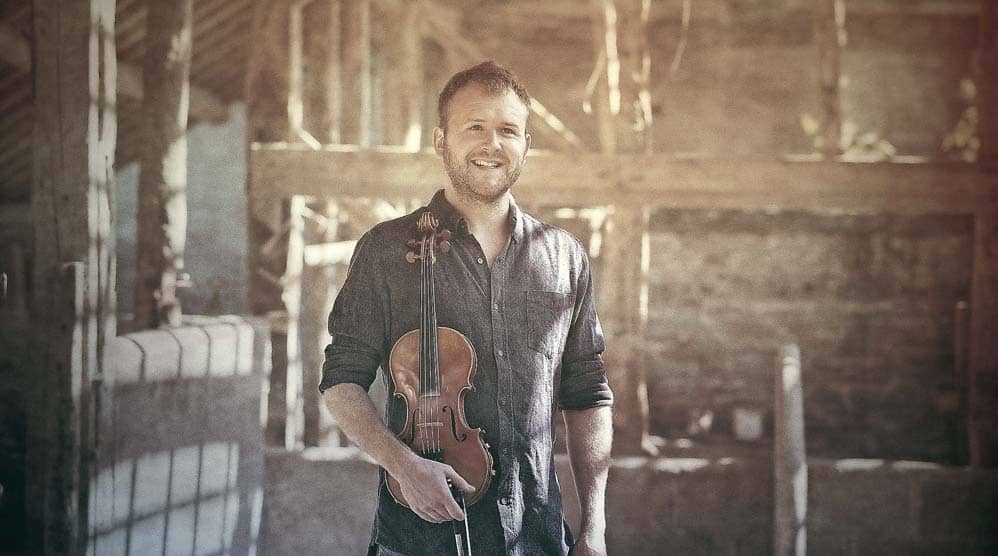 Stroud musician Sam Sweeney talks about live streaming, being in Bellowhead, releasing his second solo album, and the challenges of social distancing

What can we expect from your new album Unearth Repeat, Sam, and how did the name come about?

In 2018 I made my first solo record, The Unfinished Violin, which was an album of music from the First World War, recorded on my fiddle that was carved in 1915 but left unfinished because the maker went to war and tragically never returned. It was an amazing thing to do and led me, among other things, to appear on Antiques Roadshow! Having made that record, which had a very strong theme and narrow goalposts, I wanted to create something that had no theme, no agenda and no purpose other than to make music that I love with musicians I love playing with. So if The Unfinished Violin was a concept record, Unearth Repeat is very much an ‘un-concept’ record.

The name has a few reasons behind it. In playing traditional music, I spend a huge amount of time unearthing old tunes, in the sense of digging them up, blowing off the dust and rediscovering them. But unearthing also has connotations of making something known or heard, which is another purpose of what I’m trying to do with this music. This music belongs to everyone; I just want it to get out there and be part of people’s lives. The ‘repeat’ part of the name has a few meanings too. The process of unearthing this music is one that I do over and over, but to repeat something is also to recall from memory, to say after another or to make appear again, which is also very applicable to the music I make. So really, the title is just two words that have multiple meanings that fit closely with the music and process of making the album. I hope that all makes sense!

You’ve collaborated on a huge array of music projects. What have been some of your most memorable?

There’s no doubt that Bellowhead was a phenomenal thing to be a part of. We played a final gig in Oxford (where the band formed) in 2016 and I miss that band very much indeed. When I joined as an 18 year old, the band became my family for the next eight-and-a-half years and we had such an amazing time touring and making crowds jump up and down all over the world. I hope we will play together again one day!