One of the GOODIE guys 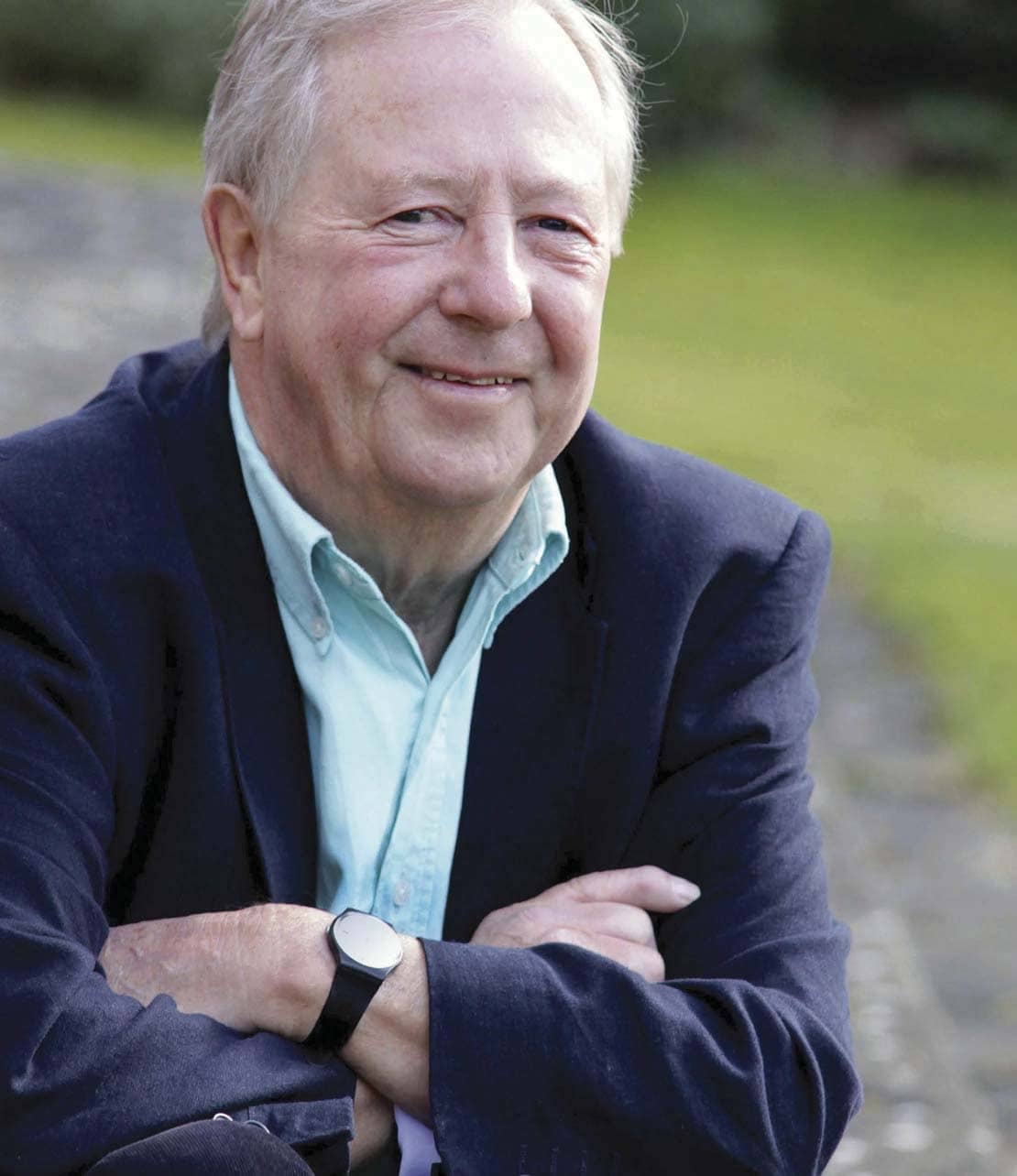 Actor, writer and comedian Tim Brooke-Taylor – patriotic coward in the Goodies; regular panellist on Radio 4’s I’m Sorry I Haven’t a Clue – has known them all: John Cleese, Peter Cook, Humphrey Lyttelton, Eric Morecambe... Sparky, the smooth-haired Border Terrier. Katie Jarvis asked her own comedy hero how it feels to be a comedy hero

Yes, yes, yes. I know. I know! You were expecting me to start this Tim Brooke-Taylor interview with something about the Goodies. About how he turned up to see me on a trandem (we spoke on the phone, actually), accompanied by a 200-foot kitten. About the Union Jack waistcoat he was wearing. And how distracting it was to conduct the entire interview to a booming soundtrack of Land of Hope and Glory.

(And I will tell you about all that. Have faith!)

But, actually, I want to start with Sparky. Not because the story I’m about to tell – that Tim Brooke-Taylor told me – is particularly insightful. (Look. It was a half-hour interview. Don’t expect Daniel Kahneman.) But because I absolutely loved it. So, here we go: As a child, Tim Brooke-Taylor’s best friend was Sparky, a smooth-haired Border Terrier who one day – much to Tim’s distress - completely vanished. Not a sausage; not a trace.

When the local paper ran a story about this very loved (but missing) pet, all sorts of people came forward with unexpected anecdotes; things the family had never even suspected. “Like a bus conductor said Sparky used to get on the bus at Buxton, get off at Bakewell; the bus went on to Derby, came back, and he’d get on the bus again.”

Now we cut to a year later, when Tim is 12 and out with some friends at Belle Vue funfair (at the time, Manchester’s version of Disney World) (though more Manchester-y).

“And, suddenly,” Tim recalls, “running towards me was Sparky! We both knew each other instantly.” The thing was, Sparky was wearing a nametag with a name that wasn’t his, along with a strange address.

“So my mother and brother went to the next-door-neighbours [of this new address], with a photograph of Sparky, and said, ‘Have you seen this dog?’ They said, ‘Oh, yes! Our neighbours found him in Buxton last year!’ And so he came home.”

Not that that was the last of the Sparky revelations. “I went to boarding school at one stage. When I came home, I went with Sparky to the biscuit counter in Woolworth’s and they said, ‘Oh, Sparky, there you are! You’re normally here at 10.’ He’d got a little fat tummy and he’d look at people with, ‘I haven’t eaten for days!’”

(I told you you’d like this story.) “I’ll tell you what was really annoying.

When he was found, he made the front page of the local paper - and I didn’t get a mention! He was called ‘Lucky’ on his new collar.”

Which was a fair description. “Yes. ’Very’ should have been added.” heroes, “to be a comedy hero?”

And (oh my goodness) he is a comedy hero.

I mean, OK. I missed the really early stuff. Like On the Braden Beat (in which Tim played a to-the-right-of Genghis Khan/Rees-Mogg (if that’s possible) city gent): “I went into a pub once and heard them saying about my character, ‘Be fair! He talks a lot of sense!’ That was so depressing.”

Or the At Last the 1948 Show (please do Google the black-and-white sketch where readers in a library crossly ‘shush’ a policeman chasing a thief round the tables).