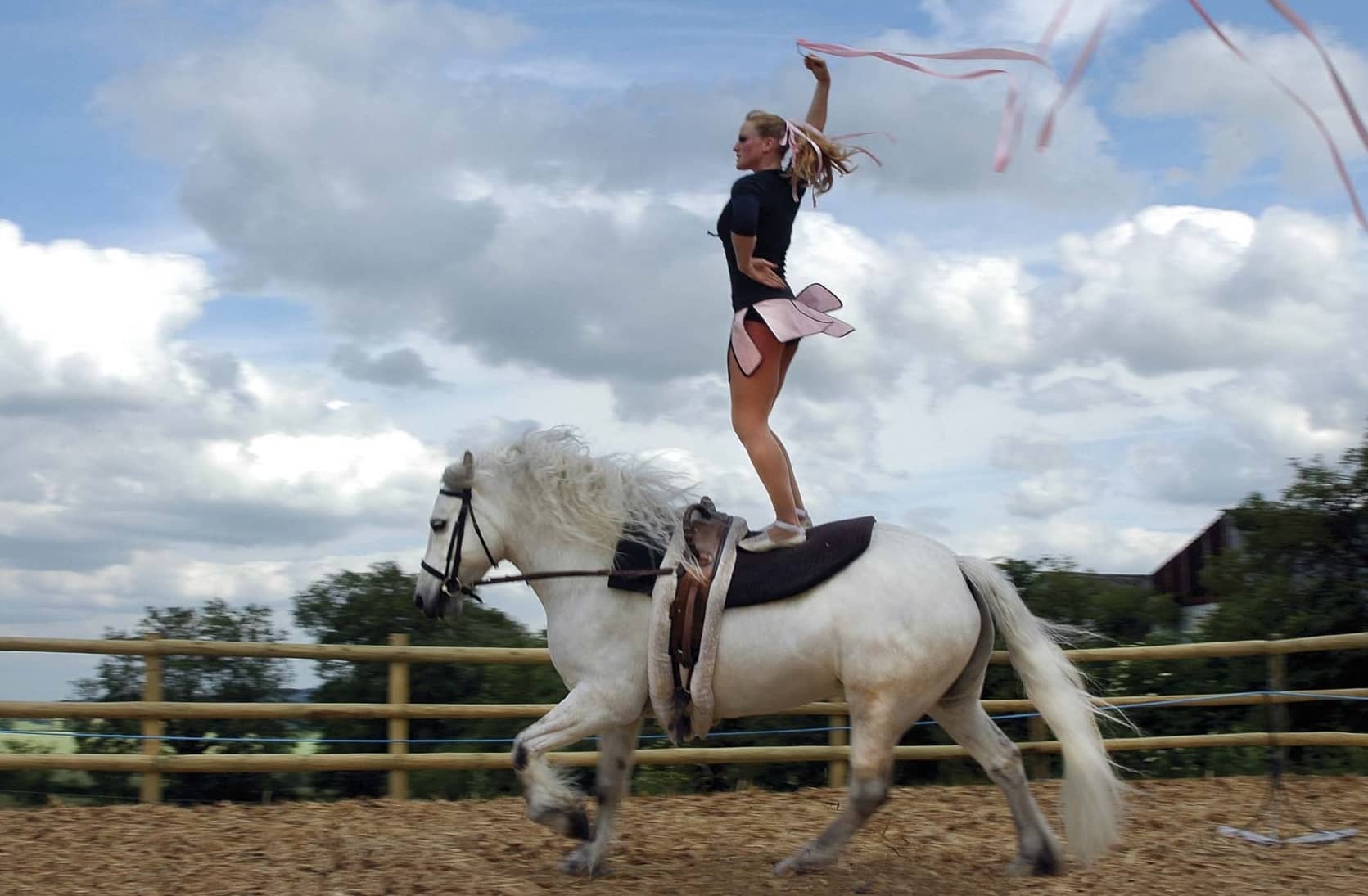 “It’s like gymnastics and dance on horseback; like surfing on horseback: the horse is the wave and you can’t fight the wave, you’ve got to go with it,” says Rebecca Musselwhite (née Townsend) describing the discipline of equine vaulting.

Undefeated as British Vaulting Champion for seven years when she retired from competitive vaulting, Rebecca spent three years at drama school and then “ran away to Giffords Circus” where she learned to combine her passion for performance and horses. After “three life-changing seasons with Giffords”, in 2005 she set up Jive Pony, the first all-female equestrian display team: wowing spectators at country shows and events with their fast-paced equestrian stunts, and providing equines for film, TV and photographic shoots as well as parties and weddings.

With the help of a Cotswolds LEADER grant, Rebecca has just built a new training barn at Moreton-in-Marsh: to enable more people to learn vaulting, performance skills and equine connection training techniques. 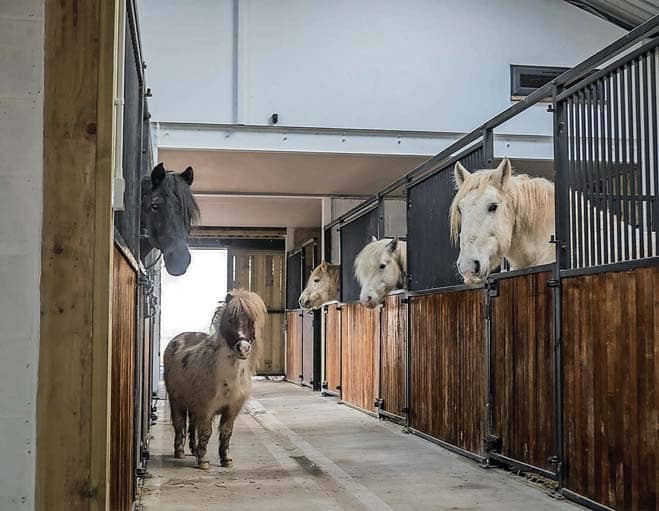 “For vaulting you need flexibility, strength, coordination, rhythm, artistic expression and timing,” she says. “All of these skills are brilliant to cultivate in a young person because they are transferable. You’ve got to have the horse at the right pace, the right music, and all your team mates on form. Bringing together all the skills is what makes me so passionate about vaulting and I really hope to share that through the training barn.”

Since January Rebecca has been using the barn to train up a “top secret” vaulting act for Giffords Circus in time for its 20th anniversary ‘Hooley’-themed season kicking off at Easter. A close friend of circus co-founder and driving force Nell Gifford, who died in December, Rebecca says:

MORE STORIES FROM COTSWOLD LIFEView All