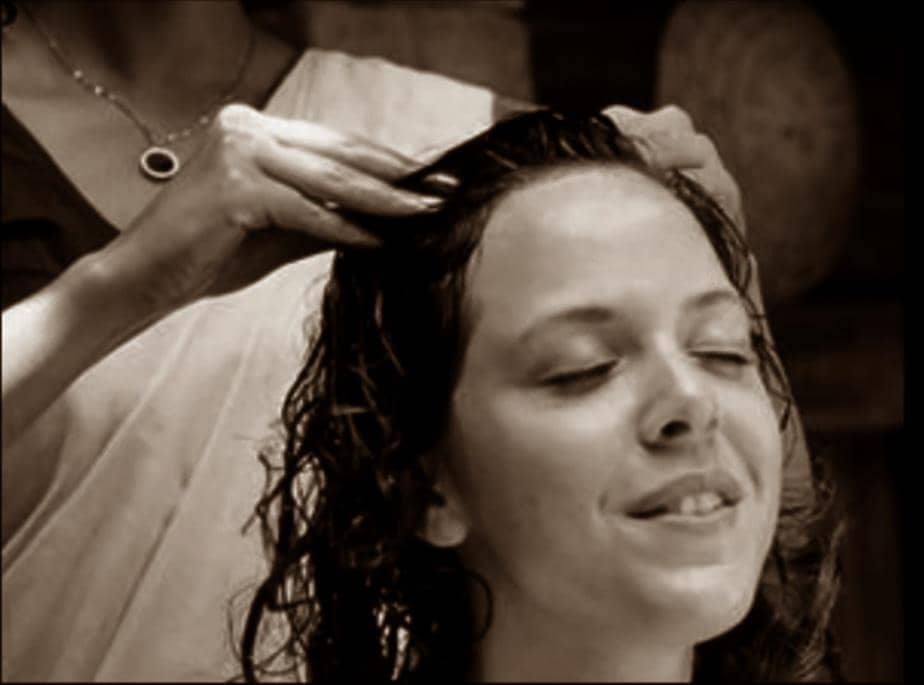 The Romans had their thermaes, the Finns have their saunas and the Turks, Turkish baths.

Not to be outdone, South Indians have the oil-bath. The oil bath is one of the oldest cultural practices in South India, a practice which testifies to an innate Epicurean streak in Indian culture. Modern culture however has fostered an interest in abstinence and austerity. Nowadays Yoga with its roots in India, has been taken up all over the West. Wholehearted enjoyment or the idea of pleasure for pleasure’s sake is tempered with involuntary feelings of guilt. Probably because the ‘good life’ is a relatively new concept. It is difficult to throw off completely, habits of parsimony and frugality. Mahatma Gandhi was a good example of the culture of frugality.

The oil-bath is a concession to self-indulgence and is an essential part of the beauty ritual of South Indian women. Starting from a week or two after birth, one is initiated to the practice of the oil-bath. The procedure is as follows: A thorough massage with gingelly or sesame oil from head to toe. (This oil is also used for cooking). When the child is a little older, it is left for a little while in sunshine, so that the skin absorbs the oil and Vitamin D though the latter’s benefit would not have been known pre-scientific times. Strand after strand of hair on the head is assiduously oiled. The oil does not have an unpleasant smell. As children, my sisters and I were given the oil treatment once a week by our mother who so lovingly tended our hair as a weekly beauty ritual. Long, lustrous black hair was an important asset for the female gender.