There's No Journalism On A Dead Planet 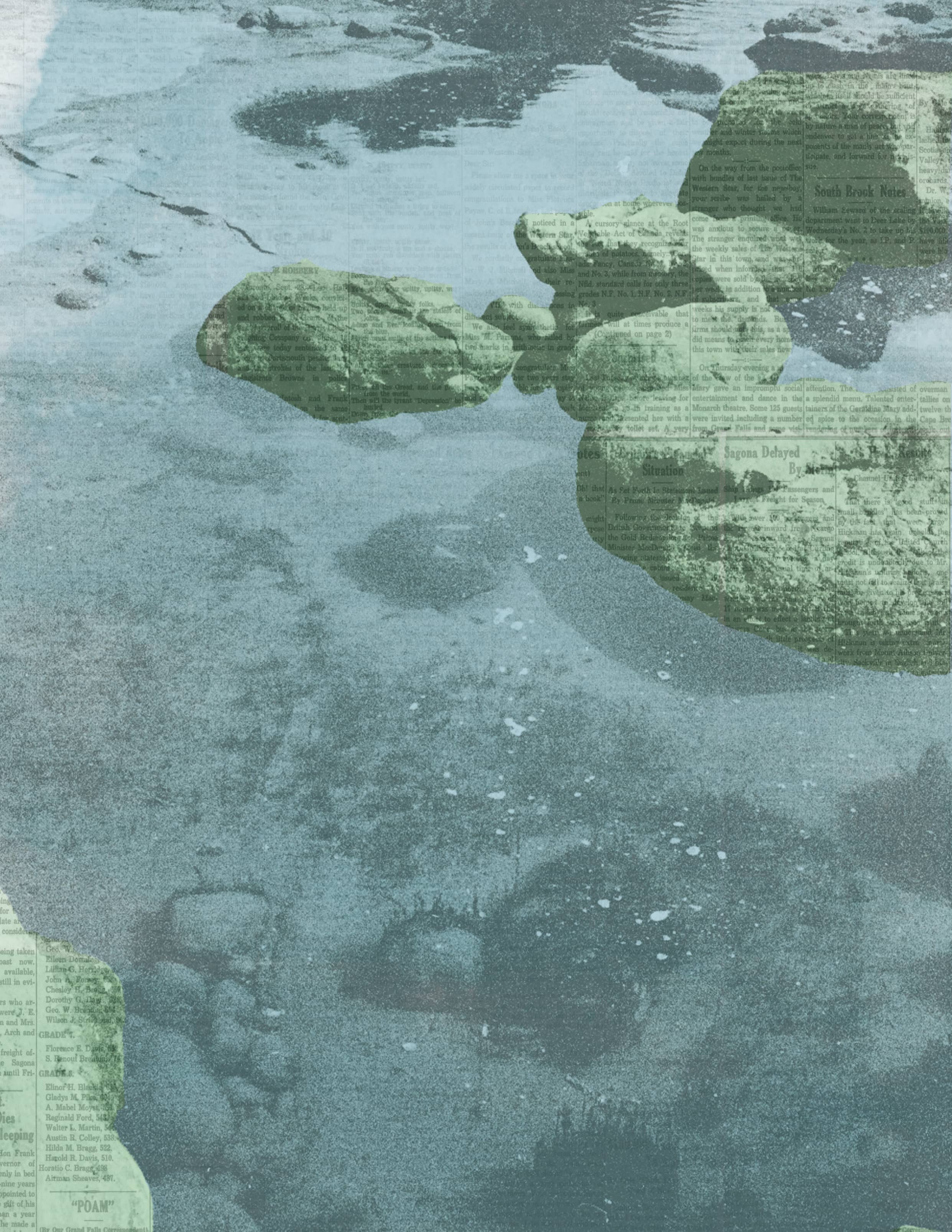 Rosalyn Roy was driving home from the Gulf News office, where she used to work as a local reporter, when she noticed a young girl alone and holding a handwritten protest sign, perched on the wall in front of the Channel-Port aux Basques town hall.

Roy immediately drove home to get her dog – “I find having a dog in a small town is an easy icebreaker; he’s three years old and looks like a puppy” – before heading back to the town hall. The lone protester turned out to be 14-year-old Emma Osmond, the only student in Channel-Port aux Basques, Newfoundland and Labrador, to participate in Canada’s countrywide student climate strike on May 3. (Thousands of Canadian kids walked out of schools across the country with Emma, and the global student strike on May 24 drew an estimated 1.4 million people across 118 countries.)

“She was shy at first,” Roy recalls, “but once we got into talking about something that clearly mattered to her, she opened up and shared.”

The next day, Roy – who was born in Channel-Port aux Basques and whose mother was named after the founder of the Gulf News – submitted her article about Emma and the climate strike for publication.

Emma may have been the only climate striker on May 3, but Channel-Port aux Basques, like many Maritime communities, has undoubtedly begun to feel the impact of the climate crisis. And when it comes to reporting on these climate issues, Roy believes her style of hyperlocal reporting is imperative: “You need to be boots on the ground.”

“Climate change is a particularly important issue in Newfoundland and Labrador because of our geography, social layout, and population distribution,” says Conor Curtis, an activist, writer, and resident of Corner Brook, a city on the west coast of Newfoundland. “And it deserves more attention than it gets.”

But the climate issues that Roy says dominate national news – she cites stories about flooding in Ontario and Quebec – don’t resonate with her community.

“We don’t get flooding in [this part of] Newfoundland because we’re rock and everything’s on a hill,” she explains. “But when you go up to Codroy Valley and you see 100 metres of cliffside have fallen into the ocean, and it’s getting progressively worse every year and now it’s just 100 metres from a home, and they’ve lost graves, and if the government doesn’t step in they’ll lose their homes,” that’s when she says climate change starts to feel relevant to people in Channel-Port aux Basques.

THE BREAKDOWN OF LOCAL NEWS

Recent shakeups in the East Coast’s media landscape have endangered the local reporting style that Roy describes as critical to effective coverage of the climate crisis.

In 2017, the publishers of Halifax’s daily newspaper the Chronicle Herald formed a new media company called the SaltWire Network and bought 28 local papers in Atlantic Canada, including one online publication, from Montrealbased company TC Transcontinental. At the time, SaltWire’s chief executive, Mark Lever, said the company had “no plans for cuts” and that the SaltWire deal would mean “not amalgamating. Not putting the same copy in every paper.” (The Chronicle Herald has a long history of labour disputes, and in 2016, Lever won RankandFile.ca’s infamous “Scumbag of the Year” contest.)

SaltWire’s gutting of the region’s local newspapers is just one chapter in a longer history of news media consolidation in Canada. Since the 2008 financial crisis, 238 local papers have been shut down, representing 185 localities across the country.

For many, the process is intimately familiar: their local newspaper is bought by a media conglomerate and whittled down to a skeleton staff. It might be merged with several other papers into a single, free publication. More regional and national stories begin to seep across the pages of an ostensibly local publication. Production, editorial, all of it – layout, pagination, and printing – is centralized in a corporate headquarters. Countless jobs are lost. Eventually, the paper is shut down. The reasons a company gives are always similar: print media doesn’t work in a digital world, no one wants to pay to read the news anymore, that kind of thing.

But the real reason for this breakdown of local news media, says Patricia Elliott, a journalist and professor at the University of Regina who is seeking solutions to local news deficits, isn’t that readers are unwilling to pay for the news or read their local paper. These are red herrings, distractions from the real problem, which is the highly concentrated corporate ownership of Canada’s news media. And it’s these corporations, less concerned with questions of journalistic integrity and community issues than with bottom lines, that are to blame for the breakdown of local news.

“It’s media owners that make the work difficult and […] in Canada, our news media has experienced a complete regulatory failure for decades now,” says Elliott.

Canada has one of the highest levels of media concentration among all G8 countries, with a rate roughly double that in the United States. Of the remaining community papers in Canada, 599 are corporately owned, most of them by just five companies, the two largest being Postmedia and Torstar.

In 2015, when Postmedia bought the Sun Media newspaper chain, representing 175 publications, the Competition Bureau chose not to challenge the merger or hold public hearings. Instead, Elliott says, the bureau took Postmedia’s CEO at the time, Paul Godfrey, at his word that the corporation wouldn’t consolidate papers or make cuts. Within a year, Postmedia was merging and consolidating major newsrooms across the country.

And just two years ago, in 2017, Postmedia and Torstar swapped ownership of 37 community newspapers and four free commuter papers. Then, citing declining ad revenue, the corporations shut down most of the swapped publications, leaving dozens of communities without a single paper. (At the time, journalists covering the merger pointed out that, one year prior, the five most senior executives at Postmedia received nearly $2.3 million in bonuses.)

“Big media conglomerates really don’t have the interest of local communities at heart. They’re there to maximize shareholder profits,” says Elliott. “And that makes a difference to climate change reporting – it’s the biggest story of our age and […] the only way you can make a story like that matter to people is if you frame it locally.” 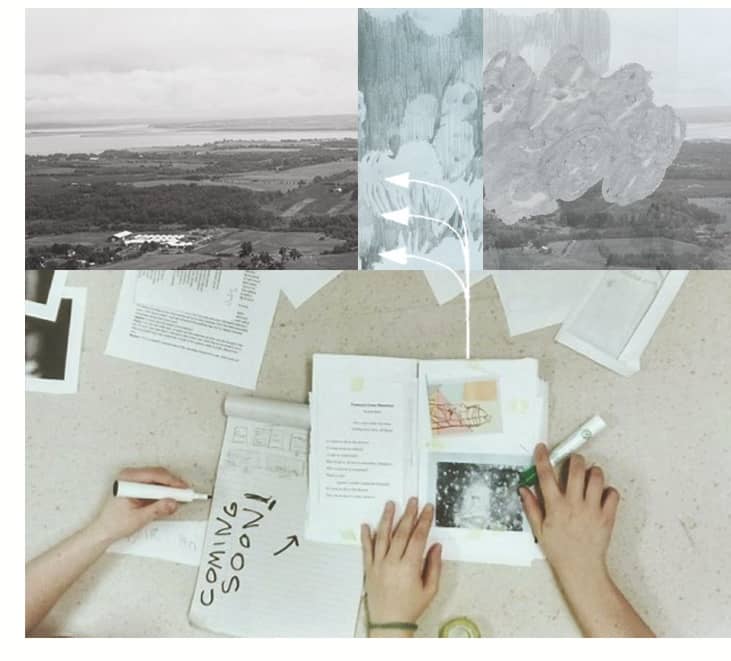 “REFLECTING REALITY BACK TO ITS READERSHIP”

A local paper’s disintegration is felt in a community well before the paper is actually shut down, says Sarah Ladik, a former editor of several local newspapers who also worked as Roy’s editor after the SaltWire purchase.