The Loud Silence Of Queer Poverty 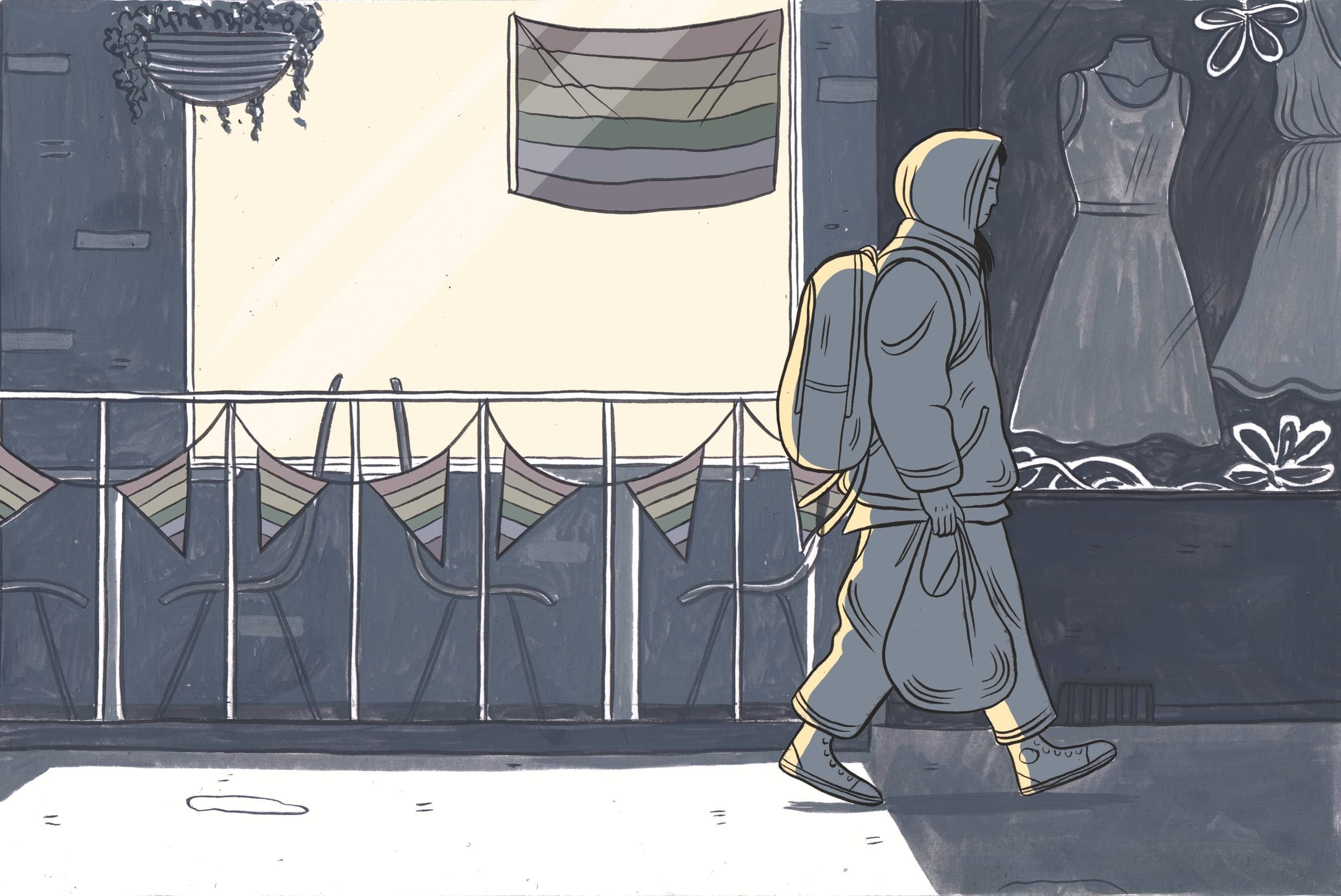 The loud silence of queer poverty In every sense that matters, poverty is an LGBTQ2S issue. So why aren’t mainstream Canadian LGBTQ2S organizations treating it as such? And who’s picking up their slack?

As I write this, the average market rent for a one-bedroom apartment in Toronto is $1,200. Nearly half of the city, 47 per cent, spends over a third of their income on rent, meaning that – without dipping into savings, which many don’t have – they are one missed paycheque away from losing their homes or going without food.

Of Toronto’s homeless population, over 11 per cent are lesbian, gay, bisexual, transgender, queer, and/or two-spirited (LGBTQ2S). Among youth, that number ranges from 24 to 40 per cent, depending on which researcher you ask. Just about every report on the subject finds that poverty disproportionately impacts queer and trans people, especially when they are Black, Indigenous, or people of colour. Being poor opens them up to greater violence and harassment by police. It reduces their employment opportunities and access to health care. It pushes them into shelters or other unsafe living situations, where they encounter discrimination and sexual violence from straight and cisgender staff and bunkmates. In every sense that matters, poverty is an LGBTQ2S issue.

So why aren’t mainstream Canadian LGBTQ2S organizations treating it as such?

Egale is Canada’s only nationwide LGBTQ2S charity. They helm an annual awareness and fundraising drive around the issue of LGBTQ2S homelessness that focuses nearly entirely on homophobia and transphobia as the causes of obscenely high homelessness rates among LGBTQ2S youth. Egale works on improving education and training among shelter staff and caseworkers, and it provides some support to individual service users who access the organization or its partners. It has also provided vital support to a small shelter specifically for LGBTQ2S youth in Toronto.

Beyond that, however, their strategy is remarkably apolitical. They offer information and resources but do not engage with LGBTQ2S homelessness as a problem of poverty, let alone with poverty as a political issue – one produced by and through various market and structural practices. In this way, Egale resembles many other mainstream organizations of their ilk, which across the board fail to articulate the risk of violence for LGBTQ2S people, both as a symptom of their intersection with poverty and as connected to specific policies and practices carried out in the interest of capitalists and capital accumulation.

Egale has fallen into one of the more common traps of LGBTQ2S non-profit organizing. While well-intentioned and certainly useful, their activism primarily represents the perceptions and interests of more privileged members of the community – those who do not deal directly with homelessness, substance abuse, sex work, and other, more “unseemly” elements of LGBTQ2S life, which has historically largely been defined by its lack of access to capital.

What would a coordinated response to LGBTQ2S homelessness require? For starters, it would entail wholesale changes to multiple local shelter systems, consultation on a national housing strategy, advocacy against gentrification and predatory development, organizing alongside anti-racism and anti-poverty activists, protests against austerity budgets that reduce mental health services for those most at risk, staffing at overdose prevention sites, apartment-hunting training for youth and newcomers, and support for unions and striking workers – to name just a few key strategies.

All of this is political work, and it is revolutionary work. Serving and supporting these more marginalized members of the LGBTQ2S community requires a different approach than one resting on a shared queer identity. Instead, it demands a focus on shared experiences and connected causes – one that sees queer and trans people as part of a class, with common material conditions. It requires a queer anti-capitalism. And it asserts the need for strategic partnerships outside of the state, between and among communities, with a common goal of the reinvention of society. In short, it must be radical – defined, as Angela Davis does, in the sense of grasping things at the root; speaking to the source rather than the symptoms. Without this focus, and given their increasing coordination with the state or the private sector, the activism of these organizations will eventually align with the aims and interests of their more privileged members.

So if we can recognize the inherent limitations of activism that takes place solely on the basis of a shared LGBTQ2S identity, who is doing the necessary anti-poverty work by and for marginalized LGBTQ2S folks? And when LGBTQ2S groups that ally with the state and corporations have the easiest time getting money, how do other organizations stay afloat?

WHAT’S IN A COMMUNITY?

On January 23, 2019, the Toronto Life House of the Week was a $1.7 million property in Toronto’s Moss Park neighbourhood. The house is about a five-minute walk through Toronto’s rapidly gentrifying downtown east end from the John Innes Community Recreation Centre, the intended site of a massive development project headed by The 519, a local LGBTQ non-profit, with the goal of revitalizing the centre and improving its services.